French more interested in Europe than five years ago 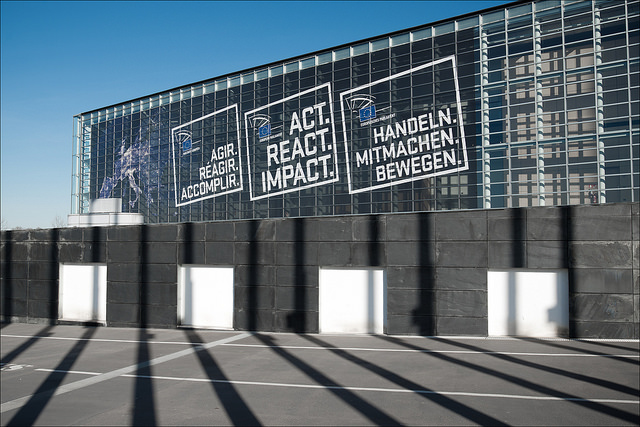 Despite 60% of French people saying they are interested in European affairs, and 59% rejecting the idea of leaving the Eurozone, French polls expect record high abstention for the European elections. EURACTIV France reports.

Interest in the local elections, which are traditionally more engaging because they relate to local politics, indicated an even greater enthusiasm. 76% of the electorate described themselves as interested only a few weeks before the local elections. However, levels of abstention still reached a record 36%.

The 2009 European elections saw large-scale abstention, which raises fears of yet more record high abstention levels in the upcoming elections in Europe(May 25).

Young people show little interest in European affairs: only 47% of 18 to 34-year-olds feel a sense of involvement.

According to a poll by Opinionway for Le Figaro, abstention levels are set to reach 58-62%.This is a concern for all French political parties, including the main French far-right party, the National Front.

“Do not lie to yourself and go vote. Do not make the disastrous mistake of abstention,” urged Marine Le Pen to her followers on May 1.

The far-left party, the Progressive Unitary Movement, called on its followers to leave the ballot blank “assertively”, whereas the Citizen and Republican Movement called on its voters to boycott the European elections completely.

The EU and the euro are still important

Although the poll predicts that the National Front will come just behind the French leading opposition faction, the UMP, the ideas of the far right party do not seem to be supported by the public. According to a survey by Opinionway conducted in late April, the UMP will win 22% of the vote, the National Front 20% and the Socialist Party only 18%.

The French centre-left newspaper, Libération, and the research and consulting company, Viavoice, conducted a poll about European values. Despite the increasing popularity of far-right political parties, 60% of those surveyed were against an exit from the Eurozone, the flagship idea of the National Front.

The idea of a European inner-core of states received large public support: 64% of those asked said they wanted the EU to refocus on certain countries.

50% stated that the European Union evoked “something negative”, whilst 45% said the opposite.