Germany capitalises on French loss of influence in Parliament 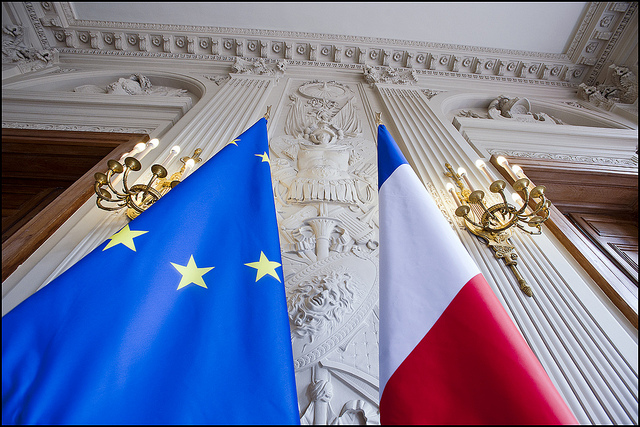 The outgoing presidents of the European People’s Party and the European Green Party, Joseph Daul and Daniel Cohn-Bendit, will be a great loss for the French delegation to the European Parliament.

The two politicians chose not to run in the European Elections in May 2014, bringing their long careers to an end.

Daniel Cohn-Bendit is leaving Brussels after 20 years of promoting a federal Europe. Joseph Daul, the former President of the centre-right EPP and UMP was elected for his first term in 1999.

They are leaving behind two important positions as leaders of European political groups. However in the wake of the National Front’s victory in the European elections, it seems unlikely that they will be replaced by French legislators. German MEPs have already been diplomatically jostling for the positions.

“In order to win the presidency of a political group or a committee in the European Parliament, you must have the numbers in important political formations,” said Yves Bertoncini, director of the French Notre Europe think tank.

With 24 MEPs from the National Front, the French representatives will be less numerous in the big parliamentary groups than during the last mandate.

“The weight of the French Socialist delegation, which is of average size, will not allow them to compete for the presidency of the group,” said a member of the S&D. France will have to settle for vice-presidencies, as Germany’s Martin Schulz is likely to become president.

Schulz will not be the only German president of a parliament group. Manfred Weber from the CDU was elected on 4 June as head of the European People’s Party. France’s Françoise Grossetête, an MEP since 1994, was elected vice president.

France’s influence is also wavering in other European political groups. In the Greens, where French MEPs are the second biggest delegation after Germany, Yannick Jadot narrowly missed out on the vice-presidency. He was beaten to the post by Belgium’s Philippe Lamberts.

“In the case of the Greens, choosing Philippe Lamberts is more than just arithmetic considerations,” said Yves Bertoncini. “There is also an aspect of rotation.”

In the European United Left – Nordic Green Left (GUE/NGL), electoral success for Podemos in Spain or Syriza in Greece and the fact that Alexis Tsipras is candidate for President of the European Commission mean that prospects of a French presidency are slim.

Hope for the liberals

“There is just one group in which the French still have a card to play, and that is in the Liberals, but only if Guy Verhofstadt wins another European top job,” said Yves Bertoncini.

Thanks to an alliance during the European elections between the two French centrist parties, UDI and MoDem, the French liberals have remained strong while their British and German counterparts suffered huge electoral defeats. The Romanian liberal party left the ALDE group to join the EPP, which also contributed to a power vacuum that French liberals hope to fill.

Currently, the two candidates for the ALDE elections (17 and 18 June) are current leader Guy Verhofstadt, who is looking for a second mandate, and French MEP Marielle De Sarnez for vice-president.

The loss of French influence in the European Parliament is likely to affect other election processes. “This trend could re-emerge when it comes to choosing chairs of committees,” said Yves Bertoncini.

The European elections on May 25 in France were characterised by the election of 24 MEPs for the National Front, whereas it only had three in the last mandate. With 20% of votes, France's main opposition party, the UMP, will have 20 seats, followed by the Socialist Party with 13.The French Green Party went from 16 MEPs to just 6 and the centrist’s alliance, UDI-Modem, secured 7 seats. The Left Front has just 4 seats in the European Parliament.