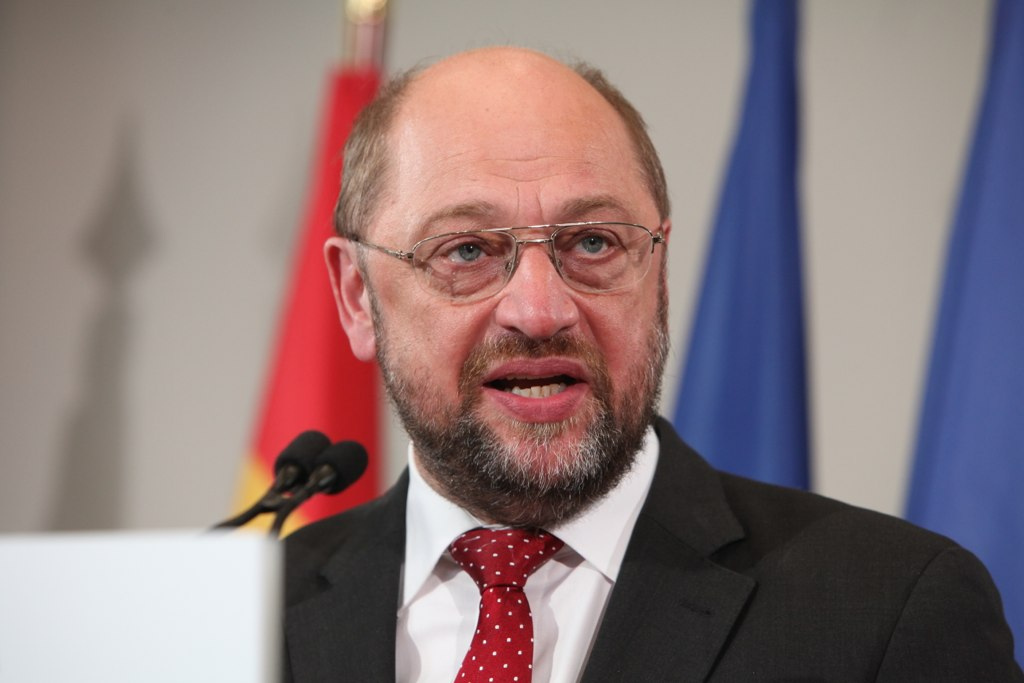 Without the 3% electoral threshold, 12 German parties could move into the European Parliament after Sunday’s (25 May) elections. Compared to the previous European elections in 2009, voter participation in Germany has increased by more than 4%. EURACTIV Germany reports.

According to the first exit polls from the ARD and ZDF television broadcasters, Merkel’s centre-right alliance emerged with 35.5% as the strongest force in the 2014 European elections. Nevertheless, its score fell 2.3% compared to 2009.

“We are number one. We have won the election in Germany. That is this evening’s message,” the CDU’s top candidate David McAllister explained on Sunday (25 May).

“Germany has clearly voted pro-European. We have done our part to ensure that the EPP will be the strongest party, and that Jean-Claude Juncker will be the next Commission president. This election result confirms our good political performance in Germany for Europe,” he said in Berlin.

The Social Democrats gained substantially compared to the 2009 European elections, winning 27.2% among German voters, 6.4% more than in last year’s Bundestag elections. Shortly after the first exit polls, Martin Schulz and Sigmar Gabriel made a joint appearance in Berlin.

“This is the biggest gain that the SPD has ever won in a Germany-wide election,” Gabriel explained. “The election result bears one name and that is Martin Schulz.”

Schulz spoke of a neck-in-neck race with the conservative European People’s Party (EPP). “But I am confident of being able to find a majority in the European Parliament,” he said.

“A parliamentary majority for me should achieve three things: First, Europe needs more justice. I want to take up the fight against youth unemployment. Second, I want to continue the European peace project. I want to do everything to work with Foreign Minister Steinmeier on finding diplomatic solutions for problems in our neighbouring countries. Third, I stand for a policy of tolerance and respect and not a policy of hate, intolerance or anti-Semitism.”

Rebecca Harms, top candidate for the German Green Party (Bündnis 90/Die Grünen) spoke with EURACTIV Germany. “We are incredibly relieved and happy that we emerged from the low of the Bundestag elections. We have recovered with a pro-European campaign, which left no room for Euroscepticism.”

According to Harms the AfD achieved such good results because the established parties, particularly the CSU and Merkel’s CDU, have been confirming the AfD’s Eurosceptic campaign.

“Above all, with the criticism that Brussels is too bureaucratic and too far removed from the citizens. I am convinced that people can be won-over to support the European idea, if one defends it. The big parties’ Eurosceptic campaigns have strengthened the AfD – and also the [neo-Nazi] NPD,” she said.

The German Left Party’s score (7.5%) remained unchanged compared to its 2009 European election scores.  The Eurosceptic Alternative for Germany (AfD) reached 7% in today’s election, winning seats in the European Parliament for the first time. Beatrix von Storch (4th on the candidate list) not only attributes her party’s strong results to voters won-over from the other parties. She assumes the AfD was able to motivate many to come to the polls, who would otherwise not have voted, von Storch told EURACTIV Germany, in an exclusive interview.

The party’s top candidate, Bernd Lucke, said he will not yet indicate which alliances the AfD will seek out in the European Parliament. But the AfD’s Hans-Olaf Henkel, who is second on the AfD’s candidate list, provided more information. “First and foremost the British conservatives [Tories].” A meeting has already been scheduled for Tuesday evening (27 May) for the first round of talks,” he said. “We will probably join them,” Henkel said.

The AfD also hopes to cooperate with the Polish Law and Justice party (PiS), he said. “They have a lot of overlap with us, because they are also against the European central state. They are liberal and also values-oriented,” Henkel explained.

Voter participation increased to 48%, according to ARD public television, compared to 43.3% in 2009. Election researchers predicted a higher participation rate among voters, primarily attributing this to Sunday’s local government elections, which took place in parallel to the European Parliament elections.

According to today’s results, the centre-right CDU and CSU will send 35 MEPs – of the 751 total number in the European Parliament – while the SPD will be represented by 27 MEPs. The Greens will send 11 MEPs to Strasbourg and Brussels, while the Left Party is allocated 7 seats. The AfD has won 7 seats and the FDP has been reduced to 3.

After the German Constitutional Court overturned the 3% electoral threshold for the European elections, small parties at the political periphery can move into the European Parliament. Only 1% of the vote is needed for representation, meaning around a dozen parties in Germany can hope to win a seat.

The official final result is expected to be released in the early hours of 26 May. Around 64.4 million people cast a vote in Germany on Sunday until polling stations closed at 6 PM. In total, 25 parties competed for 96 seats, which belong to Germany in the European Parliament.