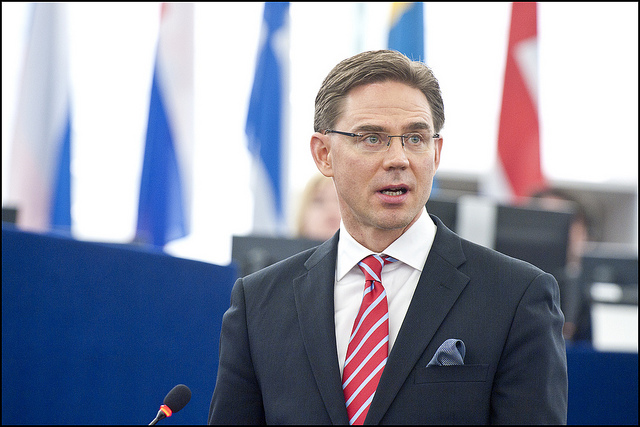 Newly-elected interim commissioners will take office for just three months. They were elected in haste, and transfer allowances, to bring them to Brussels, will cost the EU €160,000. EURACTIV France reports.

Four new commissioners were confirmed by a European Parliament vote on Wednesday (16 July). They will replace their fellow countrymen that were elected to the Parliament during the European elections in May. Their time in office will be short, seeing as Jean-Claude Juncker’s new Commission will come into office on 1 November.

The vote, which took place after the interim commissioners sailed through Parliament hearings on 14 July, was pretty unanimous: 421 out of 571 MEPs voted in favour.

However, criticism is widespread regarding the content and the structure of the interim body, in which Jyrki Katainen will be commissioner for economic affairs, Ferdinando Nelli Feroci for industry, Martine Reicherts for justice and Jacek Domink for the budget.

The four new commissioners will only be in office for a short period. They will take up their new jobs on 20 July, once the European Council votes them in. The summer is not a busy time for the Commission because it closes for two weeks in August. September and October will be the only two months when they can flex their muscles as commissioners. Their ability to carry out their assigned functions will be difficult, considering their successors will be chosen as they come into office. Jean-Claude Juncker said he wants finalise his team of commissioners by the end of July.

“The logic of appointing replacement commissioners for a term of a few months makes no sense,” said Greens/EFA co-presidents Rebecca Harms and Philippe Lamberts in a press release.

The co-presidents also attacked the costs of replacing the outgoing commissioners for such a short period: “It is a wasteful use of public funds, with taxpayers left to foot the bill for the costs of these superfluous appointments.”

Bernd Lucke, MEP from the Eurosceptic Alternative für Deutschland party, asked during the 14 July hearings if the interim commissioners would be entitled to a commissioner’s pension, but got no answer.

The Green Party also questioned the selection process. The Parliament voted just once on four commissioners, which they say “prevents proper democratic scrutiny and decision-making.”

Katainen, the former Prime Minister of Finland, was also targeted by the Greens. During his parliamentary hearing on 14 July, he declared that the Stability Pact was flexible. The Greens are particularly worried considering he is almost certainly going to be in Juncker’s next Commission.

“His one-sided market liberal political stance, which he underlined in his hearing in the EP’s economic and monetary affairs committee, is exactly the opposite of what the EU needs, as we seek to shift the response to the economic crisis. Today’s vote and this procedure cannot serve as a precedent for the upcoming decision on the new Commission College.”

Commissioners for Juncker’s new Commission will go through hearings before parliamentary groups and parliamentary committees in September. This can be a lengthy and rigorous process which candidates have failed in the past.

The European Parliament must then vote on the College of Commissioners. One MEP said that “for this reshuffle, everything happened very quickly because the vote on Barroso’s replacement was the main priority”.

The election of four EU commissioners to the European Parliament in the May EU elections forced Commission President Barroso to find four interim commissioners which match the country and portfolio of their predecessors. Their time in the Commission will be short, as the new Commission takes shape and comes into office on 1 November.

The European Commission is composed of 28 Commissioners, including its President and the High Representative. Each EU member state nominates its candidate for the position of Commissioner. These names are submitted to the incoming President of the Commission who is responsible for the internal organisation of the Commission. The list of nominations is then, in agreement with the President-elect, adopted by the Council.