With less than four weeks to go before polls open on 22-25 May, the parties’ main candidates for the EU Commission presidency face each other in a series of ‘Presidential Debates’, broadcasted by national and European media.

The main candidates, or ‘Spitzenkandidaten’, are put forward by their parties as official candidates to lead the EU executive. They will battle it out over their vision for the EU, discussing raging unemployment, energy, economy and all the big challenges facing europe today.

Seven debates in total are planned. Four of these will feature at least four candidates, who represent mainstream parties. The two main contenders in the race, the socialist Martin Schulz, and centre-right Jean-Claude Juncker, will also engage in three ‘face-off’ debates. 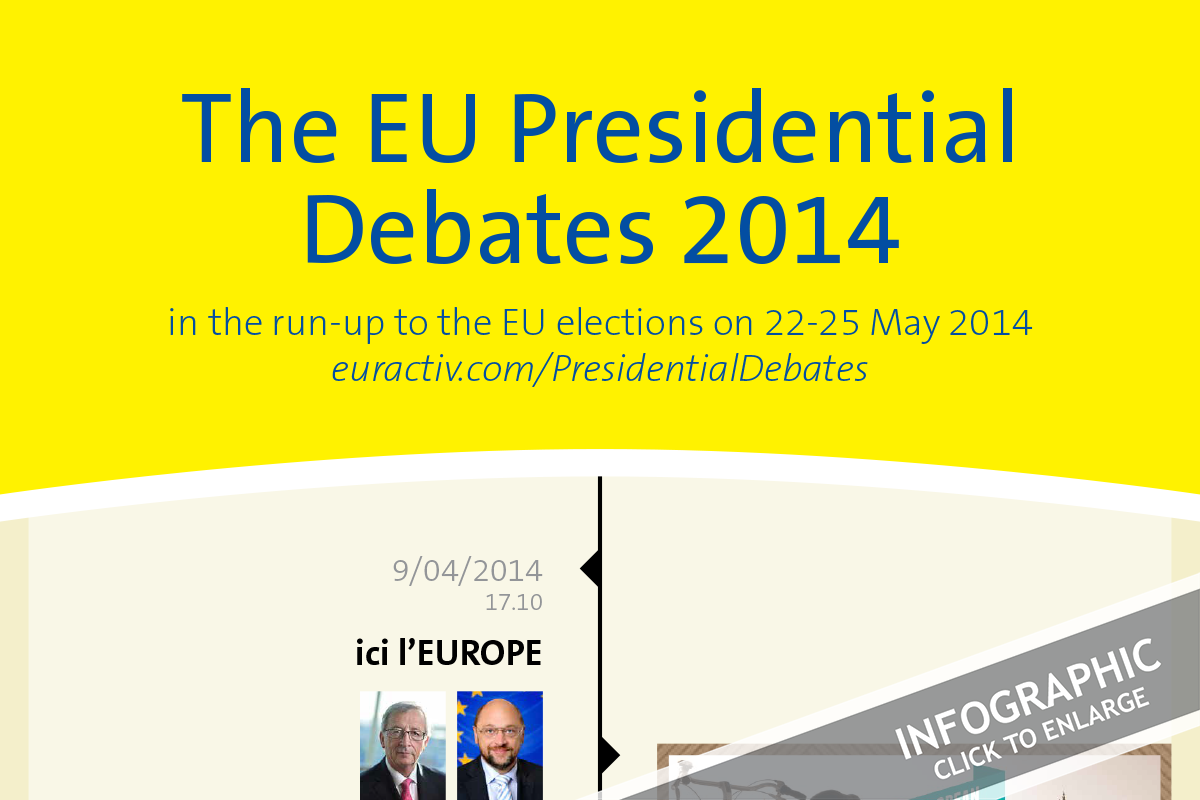 More info and all news coverage on the EU Presidential Debates 2014 on the dedicated page:

The outcome of the 2014 European elections will, for the first time, influence the selection of the next president of the European Commission.  Five European parties have nominated a campaign figurehead - or 'Spitzenkandidat' - that also serves as their candidate to head the EU executive.

European parties’ single candidates for the next European Commission presidency will face each other in televised debates in the weeks preceding the EU elections on 22-25 May.

Apart from Schulz and Juncker, the debates are expected to involve the liberal candidate Guy Verhofstadt, the two Green candidates Ska Keller and José Bové and the candidate of the Party of the European left Alexis Tsipras.