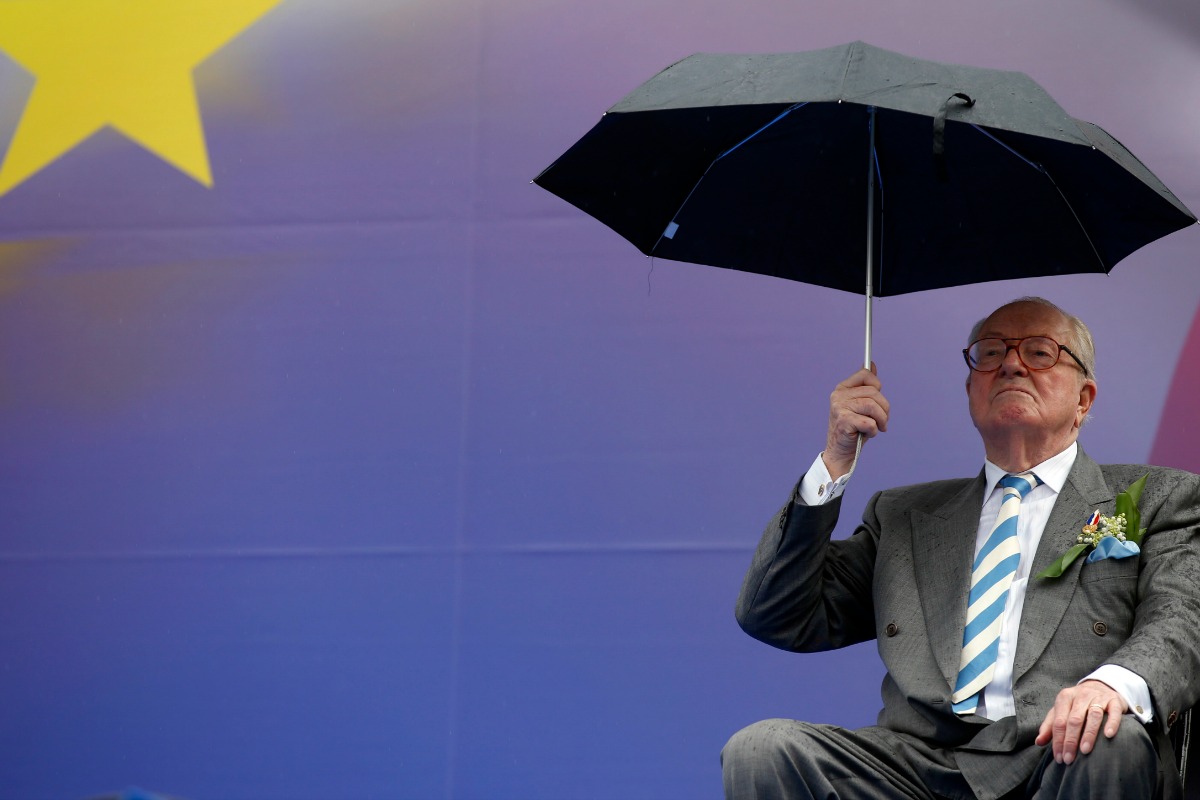 The European Jewish Congress has called on the European Union to remove Jean-Marie Le Pen’s parliamentary immunity after the former leader of the French National Front made remarks reviving long-standing allegations of anti-Semitism.

Le Pen’s latest controversial comments came as an embarrassment to his daughter Marine Le Pen, the leader of France’s far-right National Front (FN), who is trying to polish the party’s image after a resounding victory at the May European elections.

Marine Le Pen, who took over the anti-immigrant and anti-EU party from her father in 2011, said a controversial quip he made about a French Jewish singer that included an implied reference to concentration camp ovens had been misinterpreted.

But for an experienced politician like her father, she said, “not to have foreseen how this phrase would be interpreted is a political mistake the National Front is (now) paying for.”

Marine Le Pen, who has made the FN more acceptable to voters by playing down some of its hardline traditional positions, led the party last month to first place in French voting for the European Parliament, the first time it has ever won a nationwide poll.

French and European Jewish groups denounced her father’s comments as anti-Semitic. Another prominent leader of the FN, speaking out before Marine Le Pen, said his attack was “politically stupid and deplorable.”

The controversy began on Friday with a video posted on the FN website in which Jean-Marie Le Pen lashed out at several celebrities – including US singer Madonna, French comedian Guy Bedos and tennis star Yannick Noah – for expressing alarm that the party had swept 25% of the European Parliament vote.

Reminded by his interviewer that Jewish singer Patrick Bruel was among the critics, Le Pen chuckled and said, “That doesn’t surprise me. Listen, we’ll do up a batch next time.”

Le Pen has often used subtle word play to hint at anti-Semitic views without clearly saying them. His word for “batch” – fournée – is a baking term that originally meant “ovenful.”

He was convicted of inciting racial hatred in 1996 for saying the gas chambers used to kill Jews in the Holocaust were, “merely a detail in the history of the Second World War.”

Bruel responded to his video with a tweet saying, “J.M. Le Pen reoffends … Did he need to remind us of his true face and that of the FN?”

Marine Le Pen told Le Figaro, in comments distributed before publication, that the assumption that her father’s comments were anti-Semitic was a “malicious interpretation.”

She said the incident had a positive side in that, “it allows me to reiterate that the National Front most firmly condemns every form of anti-Semitism, in whatever form it takes.”

FN vice-president Louis Aliot had not seen the video but told the Le Parisien daily, “If he used the term ‘batch’, that’s one more wrong phrase. It’s politically stupid and deplorable.”

Gilbert Collard, an FN member of parliament, called the comments, “unacceptable, intolerable” and harmful for the party. He hinted on BFM TV that Le Pen should retire.

Jewish groups reacted sharply to the comments. The French Jewish students’ union UEJF said it would sue both father and daughter Le Pen for what it called “this openly anti-Semitic declaration.”

The European Jewish Congress called on the European Union to remove his parliamentary immunity and for him to be charged with incitement. Le Pen is a European Parliament deputy for the FN.

“While some have tried to whitewash and mainstream these parties, Le Pen’s comments demonstrate that they still stand on foundations of hatred, anti-Semitism and xenophobia,” he said.

Le Pen, who turns 86 later this month, responded to the wave of criticism on Sunday by saying on BFM TV he had never made an anti-Semitic declaration in his 60-year career in public life.

Florian Philippot, another FN vice-president, regretted the brutality of Le Pen’s attack on the party’s critics but denied it was anti-Semitic, saying, “Anti-Semitism is contrary to all the FN’s values.”

Since taking control of the party, trained lawyer Marine Le Pen has transformed the FN’s image to make it more acceptable as a party of government, marginalising the party’s old guard and punishing overt racism within party ranks.

Since then, Le Pen has tried forming a parliamentary grouping with like-minded far-right parties that would entitle the group to receive European Parliament funding.

The future grouping so far includes Geert Wilders’ Dutch Party for Freedom, the Freedom Party of Austria, Italy’s Lega Nord, and Belgium’s Vlaams Belang – too short to meet the threshold.

At least 25 MEPs from seven countries are need to form a political group.