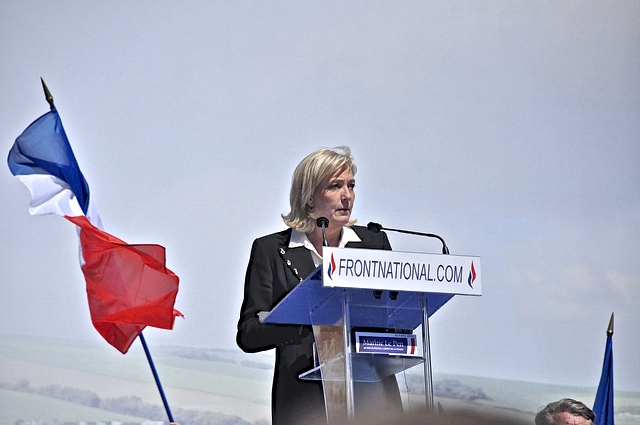 French far-right leader Marine Le Pen vowed Wednesday to form a Eurosceptic bloc in the European parliament by the year’s end, after her National Front party and its allies failed to do so this week.

Parties had until Tuesday (24 June) to file requests to be considered a group in the European Parliament following last month’s elections that saw Eurosceptic parties make significant gains across the continent.

At least 25 MEPs from seven EU nations are required under European Union rules to be considered a group – which provides extra EU financing and other advantages – and Le Pen and her allies fell one nationality short.

She told France Info radio that a decision not to ally with a Polish party – which torpedoed the far-right’s chance to form a Eurosceptic bloc – was a short-term “sacrifice”.

“This will change,” she said. “I have no concern… I think it will be formed before the end of the year.”

Le Pen and Geert Wilders, leader of the Dutch Party for Freedom, had managed to garner more than the required number of MEPs to be part of their group but only had parties from six countries.

Both Wilders and Le Pen ruled out collaborating with Poland’s Congress of the New Right, a party widely viewed as anti-Semitic.

Its 72-year-old leader Janusz Korwin-Mikke is on record as saying that Adolf Hitler “probably… was not aware that Jews were being exterminated” and that women should not have the right to vote.

“His remarks, his political views ran contrary to our values,” Le Pen said.

Forming a group in the European parliament not only provides more political visibility and the possibility of chairing various committees, but also up to €30 million in funding during the five-year term.

Far-right parties have attempted to form a political group in the European Parliament after making a good result at the May 2014 EU elections.

Marine Le Pen, the leader of the Front national in France, and the controversial Dutch far-right leader Geert Wilders have led the initiative to form a new group in the EU Assembly. Their allies include the Freedom Party of Austria (FPÖ), Italy's Northern League and the Flemish nationalist Vlaams Belang party.

But the search continues for the extra two EU member states necessary to form a political group. In order to form, a group must have at least 25 MEPs from seven different member states.

A new far-right group in the European Parliament would be entitled to receive up to €50 million in EU funding over the next five years.