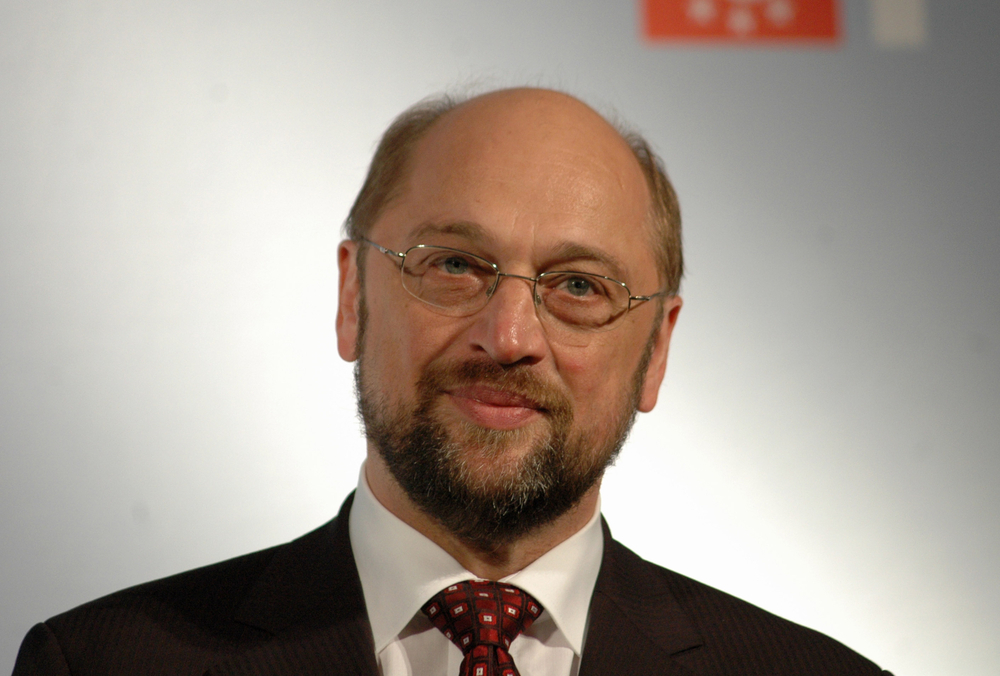 A large majority of the European Parliament today (4 April) voted to invite President Martin Schulz to resign so that he is able to campaign for the European elections. But Schulz used a procedural trick, and ruled out the text of the budget discharge resolution concerning his case.

At today’s plenary vote on the discharge of the Parliament budget, a majority of 399 MEPs from different political groups called on Schulz to separate the President of the Parliament from his campaign to be the next Commission President, representing the European centre-left family.

In addition, the plenary requested information on how Schulz intended to separate his official duties as parliament president from his campaign activities. The final vote on the parliament’s discharge was postponed to the April plenary in protest against Schulz’ attempt to remove a paragraph of the report critical of his activities as president.

“The European Union does not need a president who does not distinguish between campaign and office and who desperately clings to his post. EU commissioners standing as candidates in May have resigned their office. Only Mr. Schulz claims he does not need to do so”, the spokeswoman of the EPP Group in the Committee on Budgetary Control of the European Parliament, MEP Inge Gräßle (EPP, Germany) said.

But Schulz used a little known trick which gives the Parliament President the right to strike out part of an adopted text.

Commenting after the vote, Green budget control and transparency spokesperson Bart Staes (Belgium) stated: “The last-minute and unprecedented stunt by EP president Schulz […] amounts to little short of censorship. This worrying move to delete a section of the official report, which was critical of his own actions, seriously undermines the democratic principles of this house.

Postponing the final vote on the parliament’s discharge to the April plenary would give Schulz a chance to rectify his decision by reinstating the relevant section of the report.

All the six commissioners who will campaign for the EU elections will take unpaid leave between 19 April and the last day of the elections in all 28 countries 25 May, except Rehn, who takes a longer leave – from 7 April to 25 May. Only Belgium’s Trade Commissioner Karel de Gucht, will not take leave, as he has no plans to campaign and will not take up his MEP seat if he is elected [read more].

As an example, the resolution stunned Bulgaria, as it threatens to deny EU funds to the country, due to a lack of progress iin reforming its deficient police forces, and in tackling organised crime. Bulgaria and Romania are monitored under a so-called Cooperation and Verification mechanism (CVM) for to assist both countries in adapting to EU standards.

The resolution says that MEPs “call on the Commission to adopt a resolute attitude towards Bulgaria and to seriously examine whether it is even possible for Union funds to be deployed in accordance with the rules in such an environment”.

Regarding Romania, the resolution deplores slow progress registered by the CVM reports in reforming law-enforcement, and draws attention to proposals to amend the Penal Code on issues regarding conflicts of interest for locally elected office holders, and an amnesty for Members of Parliament guilty of corruption. In this context, it “considers that it is hardly possible, in the light of this development, to deploy Union funds in accordance with the rules in such an environment”.

Both Romania and Bulgaria have Socialist-led governments. Coming from an EPP author, the wording of the resolution may appear politically biased.

Tax Commissioner Algirgas Šemeta, who reacted on behalf of the Commission following the vote on the budget discharge, said the EU executive could not suspend payments based on findings of the CVM report. He said that regional affairs commissioner Johannes Hahn would go to Bulgaria in order to find ways, with his hosts, to improve the management and control systems of EU funding.

Šemeta expressed satisfaction with the Parliament’s vote on the budget discharge, the last to be completed under this college of commissioners.

“Every euro spent from the EU budget is properly recorded and accounted for by the Commission”, he said, adding that only 0.35% of EU spending were identified as fraud.

Šemeta however stressed that under the new 2014-2020 budget, member states risk losing part of their EU funds completely, if they don’t manage to control them properly. He also said that those who profess the best practices will be rewarded with more money.

The Commissioner also took time to explain that “fraud” and “error” were different categories and should not be mistaken as the same.

On Thursday, Parliament signed off on the Commission’s accounts for 2012, with reservations over the high error rate in agriculture and regional policy spending by member states. The error rates there have hiked to 7.9% and 6.8%, respectively, significantly higher than the 4.7% average rate in 2012.

Though most of the errors were made by national administrations, Parliament wants a binding commitment from designated members of the new Commission to deal with the causes of high error rates.

MEPs were highly critical of the slow improvement in the faulty land identification systems in France and Portugal, the long audit procedures threatening the efficiency of checks, the high level of errors in rural development expenditures, and inefficient checks on organic production. In regional policy, the main stumbling block was the poor quality of first-level audits at member state level. MEPs urged the Commission to carry out random checks to see whether member state authorities verify claims on the EU budget sufficiently rigorously.

The Parliament also postponed approving the 2012 accounts of the Council because of its lack of cooperation, and of the electronic communications regulatory body BEREC, in Riga, because of shortcomings in budgetary management.

All other EU institutions won the house’s “budget discharge” seal of approval.

Parliament voted on a total of 51 reports, covering topics including the spending by the European Commission, the European Parliament, the Council and the European Council, the 31 agencies and the seven joint undertakings of the Union.

On 22-25 May, EU citizens will cast their ballots to elect 751 members of the European Parliament. But MEPs will not be the only ones to perform a game of musical chairs: 2014 will also bring about change in many of the top positions in the EU executive. The last plenary session of the current legislature will take place on 11-17 April.

European Parliament: Proposal on discharge in respect of the implementation of the European Union general budget for the financial year 2012, Section III, Commission