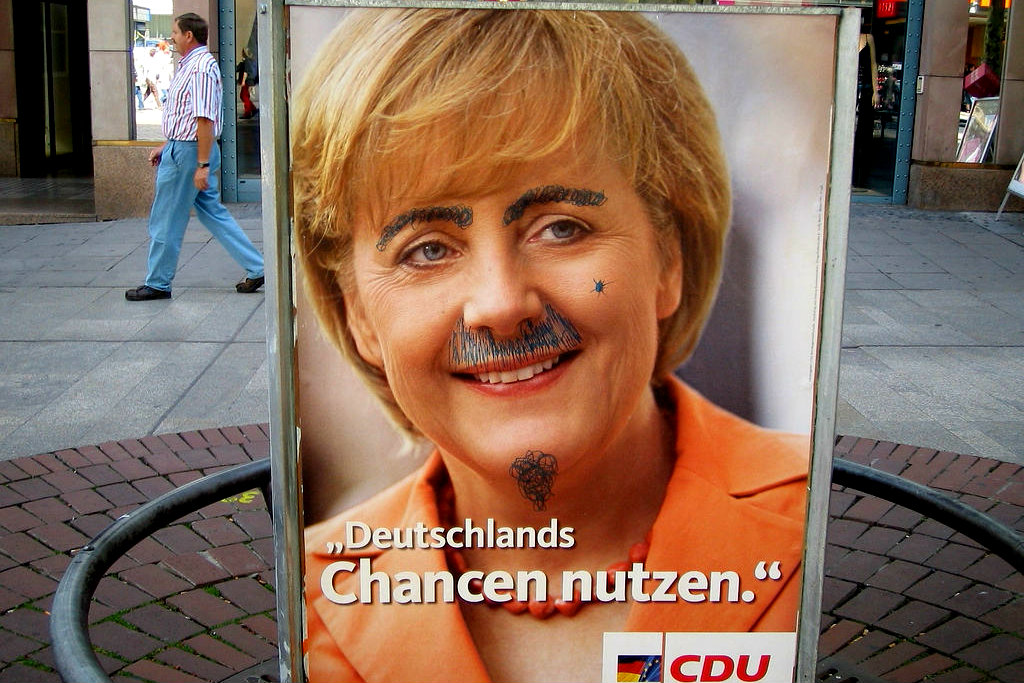 Germany’s Christian Democrats intend to enter the European Parliament elections on 25 May with unity, optimism and a clear commitment to Europe. On Saturday (5 April) the party nominated David McAllister to be its top candidate, but Angela Merkel will be the party’s main mascot. EURACTIV Germany reports.

The Christian Democratic Union’s party congress in Berlin last Saturday (5 April) had hardly begun before it was over again.

After only five hours, delegates had signed off on the manifesto for the European elections, chosen their new secretary general Peter Tauber, and sent top candidate David McAllister off on the campaign trail with the first batch of promotional posters. There was hardly any cause for discussion.

Instead, the CDU used the congress to mobilise for the European elections: celebrating their party chair Angela Merkel, reflecting on the European peace project, and praising itself as an anchor of stability in financial policy.

The Christian Democrats “purposefully want to paint a positive picture of Europe”, said secretary general Tauber during his presentation of the European manifesto.

On bright posters, the CDU promises to create new jobs, strengthen Europe’s profile as a business location and offer young people a better future. But the only political figure featured on the poster is Merkel – not McAllister, the CDU’s top candidate for the European elections.

At the party congress the CDU was clear that it intends to continue its policy thus far. In eurozone countries, it intends to keep national budgets solid, and better coordinate economic policy. The party clearly rejects euro bonds.

“As Commission president, I will not propose euro bonds”, said Juncker, the EPP’s top candidate and aspirant for the Commission presidency. But the preconditions for such a step – complete harmonisation of fiscal and financial policy – are not currently fulfilled, he said.

“Now is not the time for socialist experiments”, said McAllister. While the crisis has not yet been overcome, he said, the EU is on a good path toward greater stability and growth. “The bailout is working, the banking union is on the way, and all these reforms are in the handwriting of Angela Merkel and Finance Minister Wolfgang Schäuble”, said McAllister.

Juncker:  “We are as social as the socialists”

But Chancellor Merkel reaped the most applause from the congress’s attendees. In her speech, she rebuffed accusations from the European socialists that the CDU and EPP are neglecting social issues.

“There is no division of labour suggesting: some ensure that jobs are created, while the others distribute”, said Merkel.

“We must defend ourselves against the image that we are responsible for austerity – the bad deeds – and the socialists have a monopoly over things of the heart”, Juncker said, echoing Merkel’s words.

“We are as social as the socialists and we will prove that,” the Luxembourg politician said.

But there was not much more criticism for the party’s main political opponent. Only Herbert Reul, chairman of the CDU/CSU political group in the European Parliament, showed a more aggressive demeanour opposite the socialists.  He raised a “red card” against Martin Schulz, top candidate for the European socialist party.

Reul accused Schulz of not following the democratic and parliamentary rules of the game. He consistently emphasised the importance of the subsidiarity principle and giving political influence back to the member states and municipalities. “But when push comes to shove, we Christian democrats always end up standing alone”, said Reul. Schulz is calling for more and more rules and regulations through the EU, he said, adding, “the voters should give the right answers to this.”

Further, Reul demanded that Schulz give up the Parliament presidency. Only in this way would the SPD politician be able to separate the non-partisan office of Parliament president from his election campaign, Reul said. Last week, a majority of MEPs voted in favour of Schulz giving up his post.

The Christian Democrats, Juncker said, are not weary of pointing out the European peace project. He himself mentioned the women and men from the World War Two generation, calling them the actual European heroes. While McAllister talked about his father, a Scottish soldier in the Second World War, Tauber spoke of an 84 year-old CDU party member who still remembered having to learn “hate-songs” against the French.

Time and again, Europe successfully fought for peace throughout the 20th century, Merkel recalled. In the recent past it “was nice, not to have such large conflicts for a while.” But in the wake of the Crimea crisis, she said “a train of thought seems to be gaining the upper hand that was considered forgotten”.

Still, “fear” must not be the reaction to the Russian challenge, Merkel emphasised. The Chancellor threatened Putin with “economic sanctions” again, “if Russia continues to interfere in Ukraine’s territorial integrity”.

Scepticism over EU enlargement and Turkey

At the same time, Juncker reminded Turkey that candidate countries must also do their part by fulfilling the accession criteria. A country should not “outlaw Twitter, it should allow freedom and democracy. At the moment Turkey is not doing this”, Juncker warned.

The CDU/CSU’s faction leader Volker Kauder sharply criticised Turkey. Accession negotiations should not be “seriously” continued, opening new negotiating chapters, when Turkey is not ready to open the chapter on human rights and religious freedom. Kauder and Merkel both emphasised that Europe will only be taken seriously if it is ready to fight for its values.

Elections are contested by national political parties but once MEPs are elected, most opt to become part of transnational political groups. Most national parties are affiliated with a Europe-wide political family so one of the big questions on election night is which of these European groupings will exert greater influence on the decisions taken in the next legislative term.