National Front MEP calls for the ‘elimination’ of French Jihadists 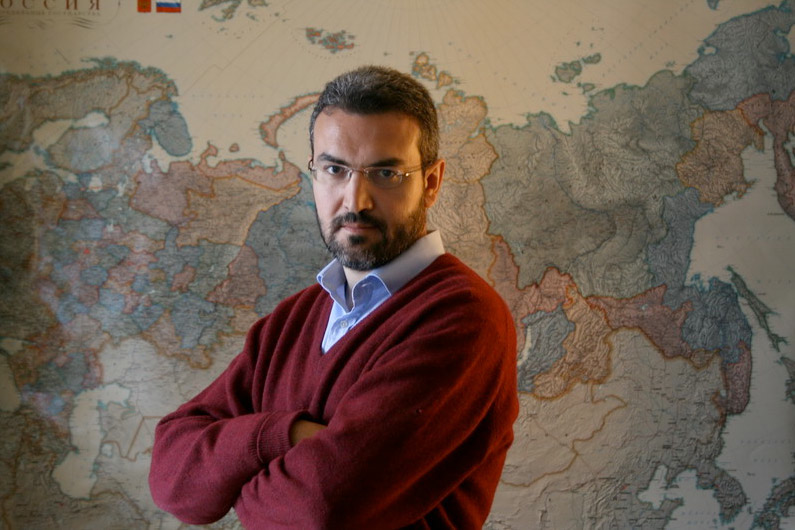 Aymeric Chauprade, a French Member of the European Parliament, has written a blog post calling for the “elimination” of French jihadists who join the fighting in Syria and Iraq, shaking the high the ranks of his own party, the National Front (NF).

Aymeric Chauprade, the newly elected MEP, expounds his extreme views on French jihadists in an editorial entitled France and the Islamic question: credible choices for a French future.

“We know that almost 1,000 jihadists with French nationality have joined the fighting in Syria and Iraq […]. We should eliminate them in situ and our special services should start dealing with the matter now. We cannot run the risk of waiting for them to return,” the MEP wrote.

Among the other views expressed in his blog, Aymeric Chauprade proposes giving preference to Christian asylum seekers and calls for a reversal of the flow of migration, writing, “Our country has accommodated millions of Muslims. Some will stay, others will have to leave”.

Disavowed by the National Front

Other National Front politicians have at least partially rejected the words of Chauprade, who is also International Affairs advisor to Marine Le Pen, leader of the NF.

Florian Philippot, MEP and vice president of the NF, is against the extermination of jihadists. “We can think of a whole range of possible measures: revocation of French nationality, working with the intelligence services, handing out more severe punishments. But all this within our country’s legal framework,” he told AFP.

However, Chauprade will likely not be disciplined for his blog post by the European Parliament: the institution has few tools at its disposal to punish an elected member for opinions expressed outside their parliamentary role.

The code of conduct for members of the European Parliament is rather vague. “Members’ conduct shall be characterised by mutual respect, be based on the values and principles laid down in the basic texts on which the European Union is founded”.

If members do not respect these guidelines, the president of the European Parliament can choose to impose certain sanctions. Under these rules an MEP can be suspended from one of their mandates, but in practice, sanctions are hardly used.

The likelihood of instances of misconduct has significantly increased since the rise of far right parties, particularly the National Front, in the 2014 European elections. The NF won 24 seats, a huge increase from their 3 seats in the previous term.

“It could become a real mess,” states one source from the Parliament. In a debate on youth unemployment during the July plenary session, Janusz Korwin-Mikke, the leader of the Polish far-right party, the KNP (Congress of the New Right), referred to the EU’s unemployed youths as “the negroes of Europe”.

Martin Schulz, the President of the European Parliament, was quick to condemn this outburst by the Polish MEP, once seen as a possible partner for Le Pen’s National Front.

However, the reality is that the Parliament only has minimal powers to tackle the expression of such extreme beliefs outside the plenary.

“It is possible that someone will file a complaint and that Aymeric Chauprade will be prosecuted. At that point, the Parliament may decide to remove his parliamentary privilege,” a source close to Martin Schulz explained.

In recent years, European countries have increasingly had to deal with ideological groups of Muslim confession recruiting and radicalising young people.

Some of these citizens are engaged in terrorist activities within the EU's member states, while others, known as "foreign fighters", join armed groups outside the EU, in Syria, Iraq or elsewhere.

The EU adopted a strategy in 2005 to combat radicalisation and recruitment to terrorism. The European Commission launched a radicalisation-awareness network (RAN) in September 2011, which enables European researchers, stakeholders and NGOs to exchange information, with a view to stemming the tide of radicalisation.

The Commission has continued the process, with a communication from 15 January 2014, laying out the steps needed to organise the fight against the scourge of radicalisation.

In January 2013, Cecilia Malmström, the commissioner for Home Affairs, warned the member states of increasing radicalisation within the EU.