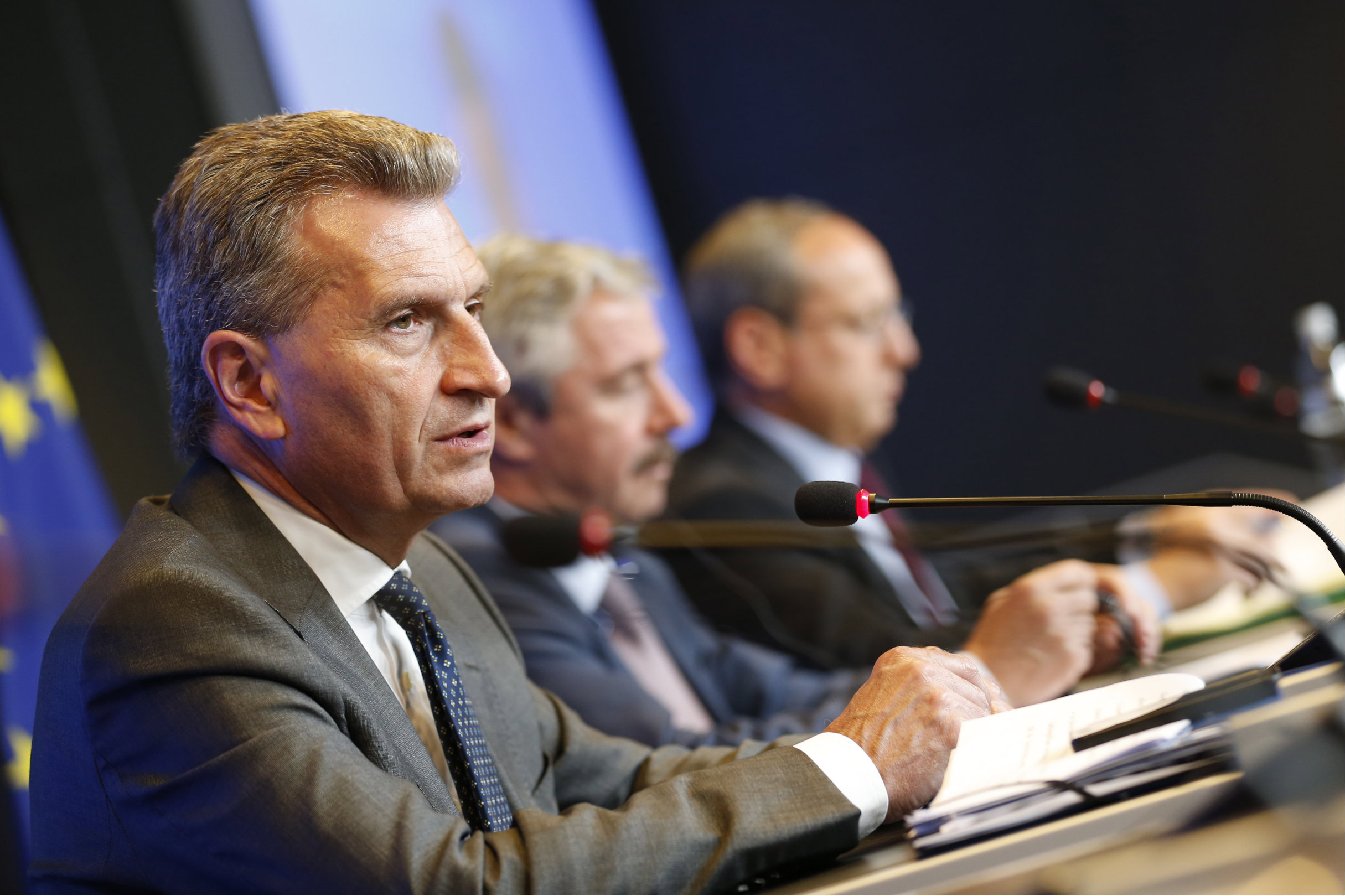 Energy Commissioner Günther Oettinger [The Council of the European Union]

Energy Commissioner Günther Oettinger has said he is open to taking over the trade portfolio, a move that would put the German politician front and centre in negotiations over the controversial EU-US trade agreement, TTIP. EURACTIV Germany reports.

Amid haggling over EU top jobs in the European Commission, Germany’s Commissioner Günther Oettinger, who currently holds the energy portfolio, is considering a switch to trade.

“I am open,” Oettinger, who hails from Chancellor Angela Merkel’s centre-right Christian Democratic Union (CDU), told the broadcaster ARD. But ultimately the decision is up to the EU’s newly-elected President of the Commission Jean-Claude Juncker, the Energy Commissioner explained.

In general, he would be open to all portfolios in the new Commission, said Oettinger.

“The best would be a field that suits Germany and that suits me; something with a more economic focus, like economy, energy, industry, trade or internal market”, he said.

The decision could come relatively soon, Oettinger stated, indicating the special EU Summit planned for European heads of state and government on Saturday (30 August) in Brussels. There, EU leaders are expected to choose Catherine Ashton’s successor as the EU’s next High Representative of the Union for Foreign Affairs and Security Policy.

“And quite soon thereafter, Mr. Juncker can decide what we can do over the next five years,” Oettinger pointed out.

Chancellor Merkel intends to follow up on Oettinger’s wish, the Rheinische Post reported, citing government sources. If he receives the influential trade portfolio, one of Oettinger’s key responsibilities would be the controversial Transatlantic Trade and Investment Partnership (TTIP) with the United States.

Merkel considers the trade agreement to be one of the most important projects for growth in this legislative term, the Rheinische Post article indicated.

By loosening non-tariff barriers to trade, the much-criticized agreement could help the German economy profit from less red tape between the US and Europe, its proponents argue, freeing up money for investment. A lighter burden could amount to billions in stimulus for the two economies.