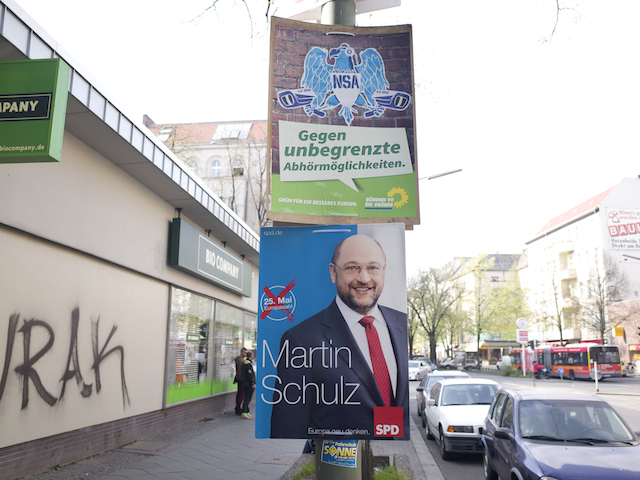 In Germany, elections are a ‘self-organised act of the people’: it is the only EU member state where EU elections are overseen by ordinary citizens, and an independent returning officer, who spoke in Berlin on Wednesday (16 April). EURACTIV Germany reports.

Ahead of elections on 25 May, federal returning officer Roderich Egeler explained the nature of Germany’s election oversight procedure to foreign correspondents in Berlin on Wednesday (16 April).

Among the EU 28, the German election oversight system in European elections is one of a kind. There is no other system that is as independent and inclusive of its citizens during the entire process.

In Germany, European elections will not be conducted by state-run election management bodies (EMBs) nor by a public administration. Instead, the procedure will be carried out by ordinary citizens.

“This singularity has historical reasons”, said Egeler. “In this way, the election results cannot be influenced by a state election organisation,” the federal returning officer said, alluding to cases of voter intimidation and other forms of election manipulation which took place during Nazi rule.

This German peculiarity – elections as a “self-organised act of the people” – is manifested in the electoral system in several ways.

Ahead of each election, 630,000 German citizens voluntarily commit themselves to serve as election assistants in the 10,000 absentee voting districts. and 80,000 ballot box districts.

The vote count does not take place behind closed doors but is completely transparent. Every citizen can attend the count and watch the whole procedure up to the announcement of results.

“Polling stations are public places,” Egeler explained, the fact that everyone can watch holds “a significant corrective factor”.

Under ‘the big blue sky’

Another aspect of uniqueness in the German system is the fact that its independent EMBs are not entitled to make or take orders.

There is no real competence to exercise power, Egeler said, “as federal returning officer I am powerless in this sense.”

“Above me there is only the big blue sky”, Egeler said, indicating his own personal responsibility and freedom from national orders.

“Cases can only be jointly decided upon or legal requirements jointly laid down”, said Egeler. Returning officers are only bound to the restrictions of the law.

“This will be the eighth European election. Up till now there has not been a conflict among [Germany’s independent] EMBs,” Egeler indicated.

In the other EU member states, European elections are overseen by state-run electoral commissions, meaning they are under public administration.

As a result, Roderich Egeler finds himself in a double-headed role: As president of the Federal Statistical Office, he acts as a part of the German government. But as federal returning officer, he is completely independent. He can decide for himself, what kind of action to take.

Under EU law, the Direct Elections Act requires that members of the European Parliament be elected through a system of proportional representation in each of the 28 member states. Subject to the other provisions in the measure, the electoral procedure takes place in each member state according to its own national provisions.