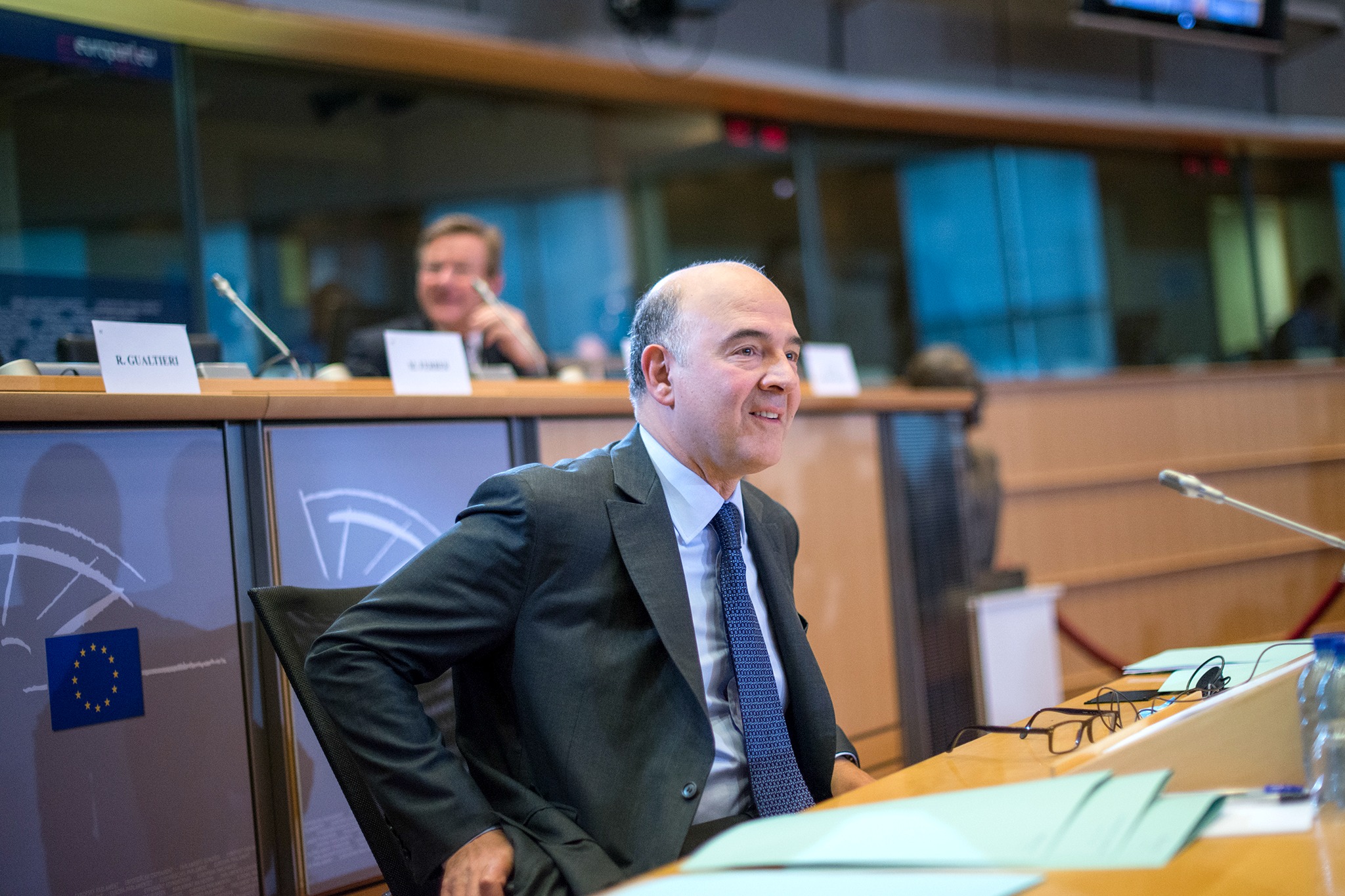 Pierre Moscovici's departure will force a by-election that could cost the French government its parliamentary majority. [European Parliament/Flickr]

The slim Socialist majority in the French Parliament will come under threat on 1 November. Pierre Moscovici’s move to the European Commission will force a by-election that could see the French government lose its absolute majority. euractiv.fr reports.

Pierre Moscovici, who is currently the MP for the fourth constituency of Doubs, is required to leave his seat in Parliament on the day he starts work as France’s European Commissioner. Commissioners are forbidden from holding multiple mandates.

His exit from the French National Assembly will force a by-election, leaving the government’s already precarious majority hanging by a thread.

No substitution in French Parliament

If a French MP leaves their seat to become a European Commissioner, they are not automatically replaced by a substitute in the National Assembly. According to France’s electoral code, only MPs that leave to become members of the Constitutional Council, Defenders of Rights, or members of the government qualify for replacement by a substitute without a by-election.

The new Commission’s official start date of 1 November was approved by the Union’s 28 heads of government on 22 October, during the European summit.

A spokesperson for Jean-Claude Juncker told euractiv.fr that “the European Council has decided that the mandate of the Juncker Commission should begin on 1 November. This means that Moscovici cannot occupy two mandates on the day that the new European Commission starts work.”

It is clear that no flexibility is available on this date.

The French government had hoped to find a way around the rigidity of the Brussels calendar.

In May, while Pierre Moscovici appeared to have assured his candidature for the position of France’s European Commissioner, the government entrusted him with a six month mission to investigate the contribution of European policies to economic growth and employment.

This mission, which began on 5 May, was designed to give Moscovici the opportunity to network with his European peers whilst keeping his parliamentary mandate until 6 November.

In the case of “the extension beyond 6 months of a temporary mission entrusted by the government,” an MP has the right to call up their substitute to replace them, in order to avoid a by-election.

But the European Commission’s calendar has made it impossible for Pierre Moscovici to simply hand over his duties as a Member of the French Parliament to his substitute, Frédéric Barbier.

Had Moscovici’s six month mission been announced a few days earlier, with an end date before 1 November, or had the Commission’s start date been delayed, which seemed possible after the European Parliament’s rejection of Slovenian candidate Alenka Bratušek, the need for a by-election could have been avoided.

The Socialists won 295 of the 577 seats available in France’s 2012 elections, but have since lost several seats in by-elections. The potential loss of Moscovici’s seat would leave the Socialists with 288 seats, costing them their parliamentary majority.

Pierre Moscovici won his seat in the 2012 election ahead of candidates from the right wing UMP and the National Front. But Francois Hollande’s low ratings in the opinion polls, as well as the Socialist Party’s catastrophic showing in the local elections in March, and the European elections in May 2014, mean this by-election is expected to be a close-run contest.

The new Commission was adopted by the European Parliament, following the hearings that took place from 29 September to 7 October. The Commissioners-designate were required to face questions from committees of MEPs with competences relevant to their portfolio. Despite several candidates facing heavy criticism, only the former Slovene Prime Minister Alenka Bratušek was rejected by MEPs.