Schulz ahead of Juncker among German voters 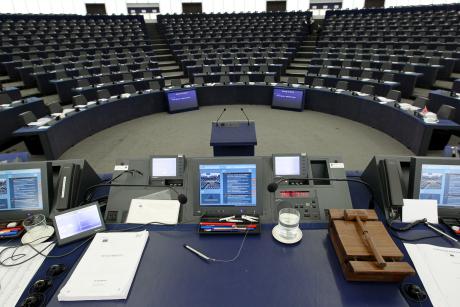 The next election for the European Parliament will take place in Germany on 25 May. [EP]

According to a recent survey, considerably more Germans back Martin Schulz for the EU Commission presidency than Jean-Claude Juncker, while Alternative for Germany (AfD) reached a new high score: 7% of Germans said they would vote for the Eurosceptic party. EURACTIV Germany reports.

Martin Schulz, top candidate from the European Socialists, has a considerable lead over his conservative opponent Jean-Claude Juncker, according to a recent survey among German voters.

On behalf of ARD, Germany’s leading television station, the infratest dimap regularly measures voter intentions in the upcoming European elections with a survey called the “Sunday question”. Each week, at least 1,000 potential voters are asked questions to measure the current political mood in Germany.

Results from the last two weeks showed 39% of respondents preferred German-native Schulz for the Commission presidency. Compared to the previous survey from two weeks ago, Schulz gained 6 percentage points. Juncker only arrived at 22%.

But just ten days before the election on 25 May, one in five German voters cannot recognise either of the two top candidates from Europe’s largest party groups.

The centre-right Christian Democratic Union (CDU) remains the strongest party, with 37% support among the survey’s respondents. But Merkel’s CDU still lost 2 percentage points from its lead compared to the previous results. The Social Democratic Party remains at 27%.

The percentage scored by Germany’s Green Party is unchanged at 9%, the same score as the Left Party. The liberal Free Democratic Party lost one point, polling at 3% in the latest result.

The Eurosceptic Alternative for Germany (AfD) gained one point, reaching 7% compared to its previous scores from ARD-Deutschlandtrend.

Elections are contested by national political parties but once MEPs are elected, most opt to become part of transnational political groups. Most national parties are affiliated with a Europe-wide political family so one of the big questions on election night is which of these European groupings will exert greater influence on the decisions taken in the next legislative term.