Schulz steps down as Parliament president 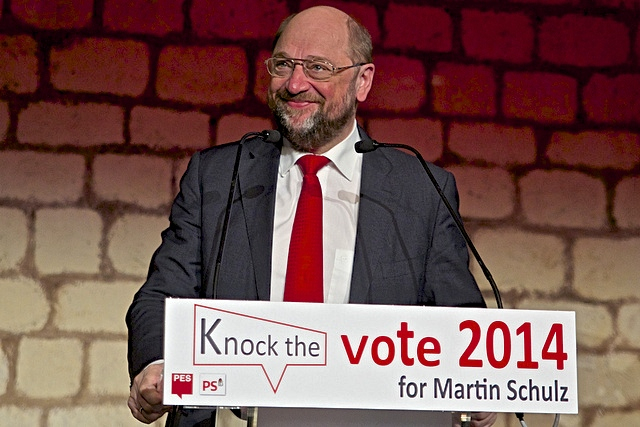 Martin Schulz stepped down as European Parliament president on Wednesday (18 June), after two years and five months in office. Schulz will continue as group leader of the Socialists and Democrats (S&D) in the EU Assembly.

The first vice-president, Gianni Pittella, takes over as acting president until a new one has been elected during the Parliament’s inaugural plenary session in July.

Schulz has been a socialist member of the Parliament for 20 years and became leader of his political group 10 years ago. On 17 January 2012, the German social democrat assumed office as Parliament president. He was elected with 387 votes in favour out of 670 cast.

Among the most memorable achievements during his presidency, Schulz together with EU Commission President José Manuel Barroso and EU Council President Herman van Rompuy collected the 2012 Nobel Peace Prize in Oslo, on behalf of the EU.

In the Spring of 2014, Schulz was the top candidate for the European Socialists (PES) in the European elections, in an attempt to become the next President of the European Commission.

“I want to win back the citizens’ lost trust in the EU,” Schulz said at the time.

In Germany, the Social Democrats gained substantially compared to the 2009 European elections, winning 27.2% among German voters, 6.4% more than in last year’s Bundestag elections.

But overall, the conservative European People’s Party (EPP) and their candidate Jean-Claude Juncker won the largest number of seats in Parliament, with Schulz urging EU leaders to listen to the electorate.