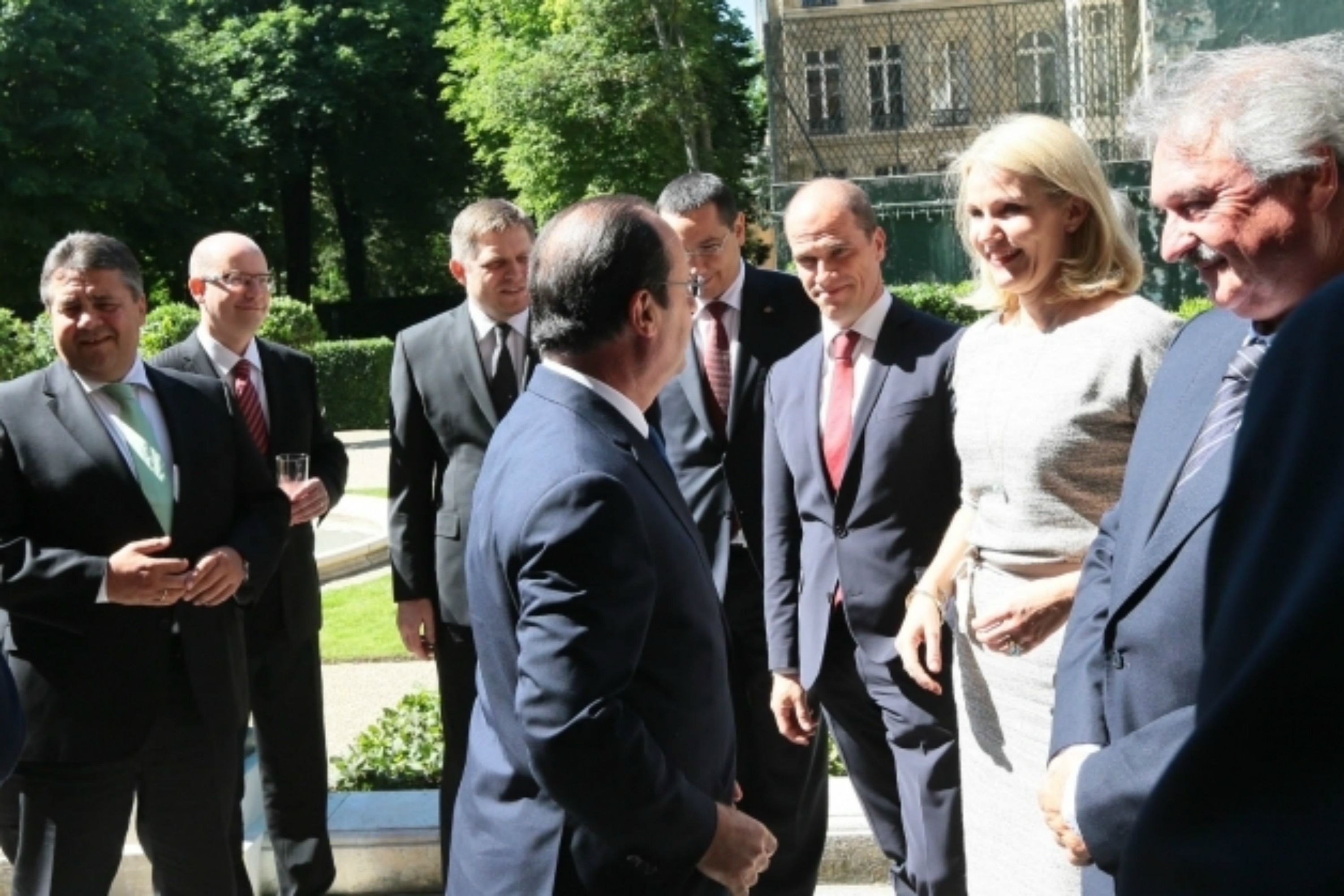 Left-wing European leaders agreed on 22 June to back Luxembourg conservative Jean-Claude Juncker for the post of European Commission president, saying they would seek other top EU jobs for their party allies in return.

Among those posts was the European Parliament presidency, whose incumbent Martin Schulz, a German Social Democrat, won their backing to seek a new term at the head of the EU assembly.

The decision to back Juncker at a meeting in Paris of eight prime ministers, including Italy’s Matteo Renzi and German Vice-Chancellor Sigmar Gabriel, makes Britain’s David Cameron look increasingly isolated before next week’s EU summit.

But French President François Hollande said those present at the meeting had agreed to respect the principle that the leading candidate of whichever party won the election should have the right to put forward that person for the top Commission job.

“And that happens to be Mr Juncker. But we want a discussion at the summit on the whole set of European responsibilities,” Hollande told reporters, adding that some of those roles should be given to Social Democrat-backed candidates.

Germany’s Gabriel confirmed that Schulz, who led the campaign of Europe’s left-wing parties in the elections, would instead be put forward for a new term as parliament chief.

Schulz, standing next to Gabriel, told reporters he would formally present his candidature for the parliament post and was “quite optimistic” that a deal on the EU’s top positions would be agreed at the summit in Brussels.

EU diplomats said this week that Juncker was the only name on the table to run the EU’s powerful executive arm and looked increasingly likely to be nominated at a 26-27 June leaders’ summit.

Present at the meeting were the government leaders of Austria, Belgium, Denmark, Italy, Malta, Romania, Slovakia and the Czech Republic.

Renzi, whose country will take over the rotating presidency of the 28-member EU next month, left the Paris meeting without speaking to reporters.

Gabriel and Hollande said there had been broad agreement that the rules of Europe’s so-called Stability and Growth Pact putting limits on public deficits should not be altered, but that it should be implemented flexibly to support growth.

The debate over the pact was reopened last week when Gabriel, leader of Angela Merkel’s Social Democrat (SPD) coalition partners, suggested during a visit to France that countries that carry out structural reforms should get more time to meet fiscal goals.

Merkel swiftly reacted by saying she and Gabriel both agreed there was no need to change the pact as it already offers all the flexibility it needs.

“The positions I put forward in Germany and France in recent weeks were backed by everyone here, namely: no change to the EU stability and growth pact but we should ensure … it is used for growth and jobs,” Gabriel said.

Manfred Weber, head of the European People’s Party (EPP) warned Gabriel not to go too far in the debate about softening the Stability and Growth Pact, Frankfurter Allgemeine Sonntagszeitung said in an advance copy of an article due to be published on Sunday.

Weber said his faction would not accept a softening of the stability criteria and made working with the Socialists in the European Parliament dependent on this. He was quoted as saying while they wanted to work together, this was, however, “not thinkable if the Euro is to be softened. That’s a red line.”

European Central Bank Executive Board member Benoît Cœuré was quoted by German newspaper Frankfurter Allgemeine Sonntagszeitung as warning that the stability pact should not be “stretched to the point where it loses its credibility”.

- The European Commission presidency, currently held by José Manuel Barroso who will step down when the current Commission's term ends;

- The European Council presidency, currently held by Herman Van Rompuy, who has announced he will retire after his term expires in late November;

- The EU high representative for foreign and security policy, currently held by Catherine Ashton, who will step down when the current Commission's term ends;