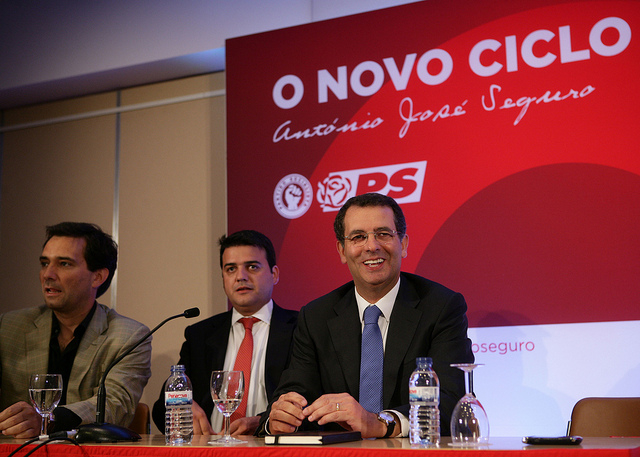 Portugal’s main opposition Socialists won elections for the European Parliament yesterday (25 May) in an austerity-weary country which earlier this month exited an international bailout. In Spain, the opposition Socialists came second, but both centre-left and centre-right lost support compared to 2009.

With more than 99% of the vote counted, the centre-left Socialists had won with 31.45% of the ballot that was marked by high abstention levels at over 66%.

It was followed by the Communist-Greens alliance, with 12.7% and the agrarian-environmentalist Partido da Terra (Party of the Earth), which built its campaign on disillusionment with traditional political parties.

It was the only party without parliament representation in Portugal that won a mandate, with 7.15% of the vote.

Portugal, which still has to cut its budget deficit this year and next, faces general election next year. Commission President José Manuel Barroso, a former centre-right Portuguese Prime Minister, has not yet made public his political plans after he leaves office later this year.

PP, whose leader is Miguel Arias Cañete, will have 16 MEP seats, while PSOE will have 14.

The third political force is the Plural Left which has achieved a 9.99%, which translates to 6 MEPs. The surprise of the European elections was the political force Podemos (We can)  who obtained 7.94% and 5 MEPs according to exit polls. Podemos is of leftist tendency and is led by political science teacher Pablo Iglesias.

Cañete said his party in Spain and EPP in Europe had won the European elections, adding that this force retained the ability to influence Europe.

The PSOE deputy secretary general Elena Valenciano called the result “bad” and “tough” for her party, adding that a “reflection” about the outcome should begin from today.