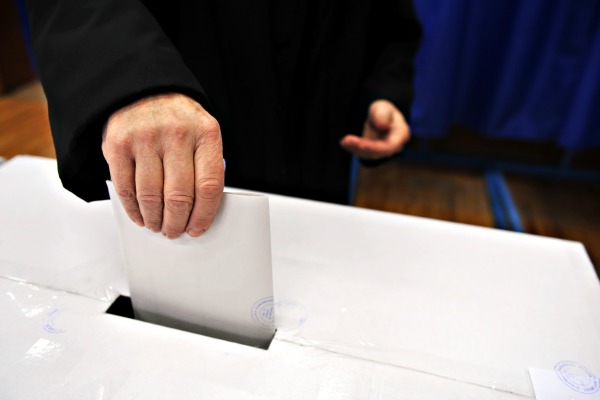 At the ballot box. [roibu/ Shutterstock]

Both the results of the French local elections, and the planned ministerial cabinet reshuffle, promise a busy April for French politics. The UMP will announce their candidates for the European elections, and the campaign will likely begin next week. EURACTIV France reports.

The second round of the local elections will be difficult for France’s main political parties in the wake of the far right’s first round triumph.

The project to reshuffle the French cabinet, which has been feet dragging since summer 2013, should be finalised by this evening.

The success of the National Front has forced the government to create a new cabinet lineup. Many agree that the Minister of the Interior, Manuel Valls, known for his strong stance against immigration and Romani people, will lead the government.

With regard to European matters, the reshuffle will be significant in the weeks leading up to the European elections.

The French Ministry for Foreign Affairs, and the Ministry of Finance, will suffer the most from personnel cutbacks. Seven ministers and deputy ministers oversee the state’s finances, but given that the next government wants to reduce ministerial numbers, this number is likely to fall.

The five foreign affairs ministers may also be reduced. Thierry Repentin’s position is secure, as he is the current minister of European affairs and François Hollande’s right hand man, but there are others. Even if the position of European affairs is not cut, positions like Français de l’étranger (French abroad), aide au développement (development aid) and francophonie (French-speaking) are deemed less important, and the line-up will no doubt change.

Laurent Fabius, the current Minister for Foreign Affairs, hopes to return to his role as Minister for Trade, which is currently held by Nicole Bricq, a deputy minister who will probably not make the cut.

The Ministry of Foreign Affairs deals with trade negotiations, including the TTIP negotiations with the US. The controversial agreement will be an important endeavor for the next government.

Under this scheme, the foreign minister will become a quasi-second prime minister. As well as TTIP, he or she will be in charge of the highly symbolic Summit on Climate Change in Paris 2015.

>> Read: France spells out ambitions for 2015 climate conference in Paris

Pierre Moscovici, the current Minister of Economy, Finances, and Foreign Trade, has been pursuing a European position over the past few months, and his replacement will have to be found. “Arnaud Montebourg at the head of state finances would not send a good message to Brussels”, claims a source in the Ministry for Finance. If Arnaud Montebourg stays in the cabinet, he will likely be in a different role.

The leading centre right political party, UMP, has been concentrating on the local elections. It also promised to unveil its European elections candidates in the beginning of April. “The campaign will finally start properly” assured one member.

The first round of debates between candidates for the European elections begins in the second week of April. The rise in extremism, as well as the question of further European integration, should fire up debate.