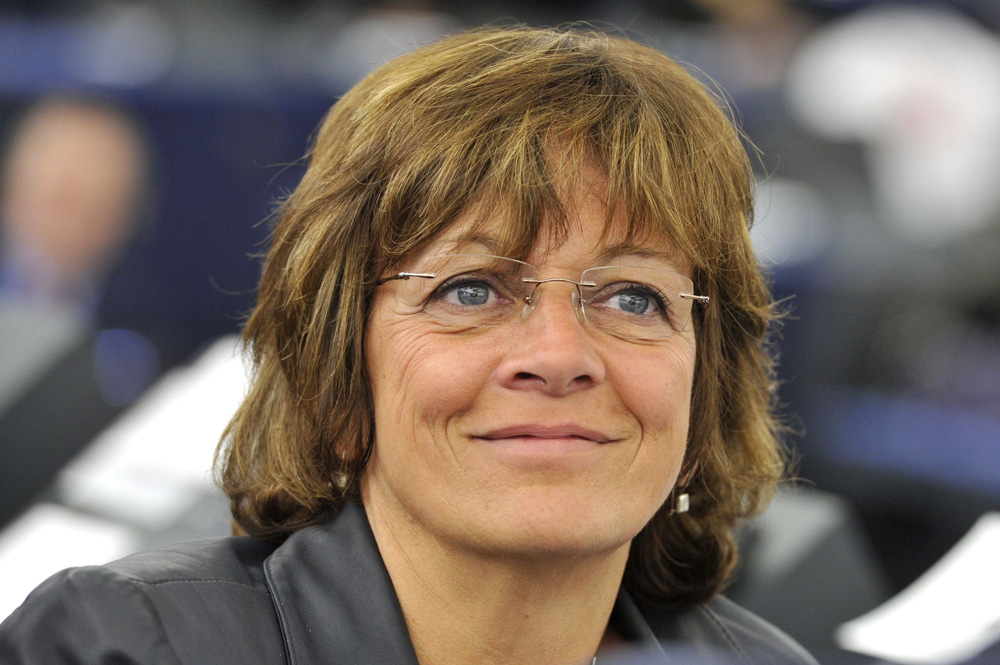 The Lisbon Treaty paradox, under which more power was given to the European Parliament, but EU leaders have gained in prominence, has undermined Europe and paved the way for growing Euroscepticism, said European Parliament Vice-president,  Isabelle Durant, in an exclusive interview with EURACTIV.

This legislature has been a disappointment, said Isabelle Durant, making an assessment of the past five years since the entry into force of the Lisbon Treaty in December 2009 and ahead of the European elections next May.

“By giving a president to the European Council, we have given it more power, especially with a Parliament which has not always dared to use its new competences,” she said, stressing that remaining with a rotating president would have better preserved the common interest and the so-called communautary method.

“The current permanent president, even though he was far from flamboyant, that’s the least we can say, served the soup to larger Member States,” Durant stated, referring to the incumbent president of the European Council, Herman Van Rompuy.

Van Rompuy is the caricature of the new working method that seeks consensus about who wants what rather than the construction of the European interest, she insisted.

According to the Parliament vice president, this paradox has fuelled the image of Europe as the enemy. “EU leaders had to come back home with a trophy, they had to find someone responsible for the crisis and that was Europe,” she said.

Such behaviour, which is not new, has worsened the tension between the national and European governance level. “This tension will continue to help nationalists who will thrive from the trade,” she said.

Ahead of the European poll that opens in ten days’ time, Durant, who is not running again for a seat, said it is time to stop the blame game and use Europe as a scapegoat for all that is going wrong in the 28-country bloc.

“We need a courageous campaign that can clearly say what is wrong and what is right with Europe,” she said, stressing the importance of a Europe of cultures – the culture of sharing, exchanging and meeting of citizens.

Selecting top candidates for the Commission’s president is a ‘hybrid’ thing that will not deliver any result as long as here are no transnational lists, Durant argued, and will not succeed in galvanising the attention of EU citizens.

She questioned whether Martin Schulz, president of the European Parliament and candidate for the Party of European Socialists to become the next Commission president, will manage to make himself known in Vilnius, or even in Brussels.

“There will be a limited personalisation in this campaign,” she said.

The right of initiative for national parliaments

If there was something she would have done differently in the past legislature, it would have been the involvement of national parliaments.

“We need to reflect on a genuine right of initiative for national parliaments,” suggested Durant.

The Vice President also supported the need for politicians and policy-makers to go beyond what she calls ‘test-achat´Europe.  The EU is indeed too often perceived as the one making rules on cars or kids’ buggies.

Although this could be interesting for companies and parents, it is not what Europe is about.

“I don’t think we need a catalogue of small measures, but rather build a sens and purpose [for Europe],” Durant said.

To read the full interview in French, please click here.

0 responses to “The intergovernmental drift has weakened the EU, says Parliament’s VP”