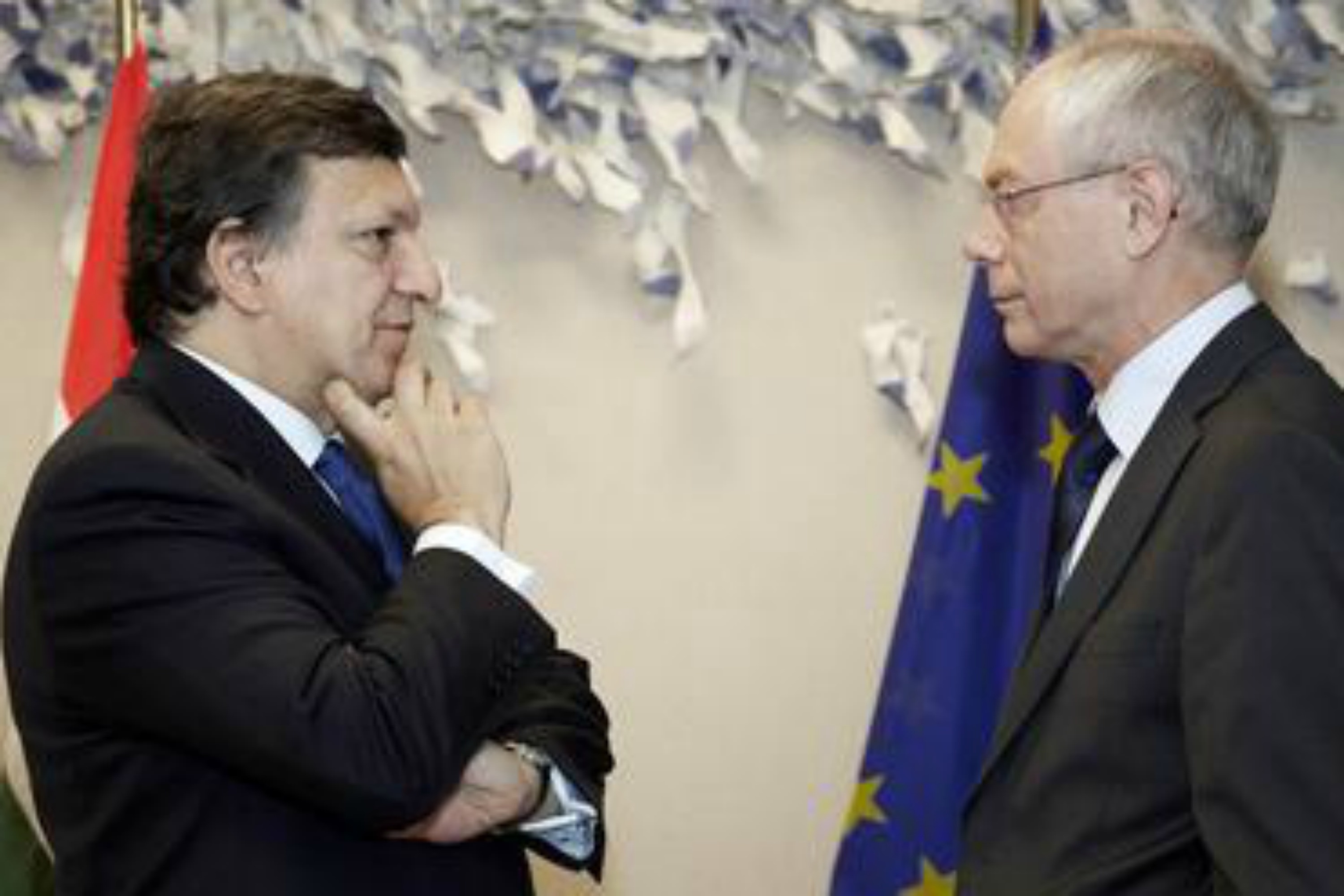 In an interview with the Sueddeutsche Zeitung, Council President Herman van Rompuy expressed his opposition to the election of the next Commission President via a battle of “leading candidates” of the main political families at the European elections.

Parliament vs. ‘those who really decide’

Van Rompuy acknowledged that the European Parliament had an “important role” since the entry into force of the Lisbon Treaty in 2009, but then added: “The difference between the parliament and those who really decide is very clear to citizens.” The low voter turnout in European elections is a sign of that, he added.

The statement infuriated MEPs engaged in the campaign to elect the successor to José Manuel Barroso. The European Parliament insists that the leader of the political group that wins the most seats in the May 22-25 direct elections in the 28 member states should be chosen to lead the executive Commission. However, the EU treaty says it is up to the European Council of national leaders to nominate a candidate, “taking account” of the elections after holding consultations.

Van Rompuy’s opposition to having public candidates for the Commission presidency during the next EU elections is not a secret [read more]. However, as the current Council President is expected to chair an emergency EU summit on 27 May, which will take stock of the European elections results, his personal views may have far-reaching consequences.

Van Rompuy also appears to clash with Barroso, who has suggested that it was his idea that European political parties present their candidate for the top EU job at the European Parliament elections [read more].

Both Barroso and Van Rompuy are from the EPP political family, and neither is reportedly seeking re-election. Van Rompuy has said that his EU mandate, which expires on 1 December 2014, will mark the end of his political career [read more]. Barroso’s plans are less clear.

Asked to comment on Van Rompuy’s interview, and say “who decides” for the appointment of the next Commission President, Commission spokesperson Jonathan Todd made an artistic smile and kept a long silence, prompting laughs in the press room.

He said that Van Rompuy had the right to express his position, but added that the Commission would take care of the good application of the EU treaty.

“But I think it is premature now to take a position without knowing what will happen after the elections,” he said.

Van Rompuy, a former Belgian Prime Minister, is seen by his political friends as a Belgian-style mediator to form a coalition in the European Parliament following the EU election [read more]. Belgium has the practice of the king appointing a mediator to seek agreements and coalitions between the different parties, which leads to the selection of a prime minister.

In particular, the liberals have been calling for a coalition between major political parties to be formed, to ensure stability for the coming years [read more]. Thus the ALDE, who are a much smaller force than the Socialists and Democrats and the EPP, hope that a liberal could get the top job.