60 million minority Europeans: how many lines in electoral manifestos? 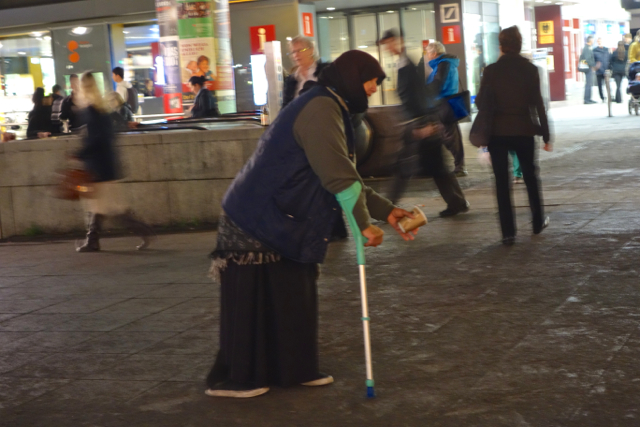 Ahead of May’s EU elections, Martin Demirovski takes a look at European political manifestos propose in terms of minority issues, challenging the usual political wording used to refer to migrants in Europe, calling for a more diverse Parliament after the vote.

The European Network Against Racism (ENAR) recently launched its seven key demands to the next European Parliament on how to advance equality in the European Union. Indeed, the new European Parliament to be elected in May 2014 has a crucial role to play when it comes to reducing the entrenched inequalities faced by its citizens and residents. Among these are ethnic minorities and migrants who often face discrimination on multiple grounds: ethnic origin, nationality, religion, social status, income, gender or age.

In this light, how do European political parties fare in terms of mainstreaming the fight for equality in their programmes?

Most of the manifestos of the mainstream European political parties refer to more respect of human rights, especially those of minorities, in the European Union. There are differences, however, in the way that they do this.

Some parties, such as the European Greens, are very specific by naming different minority groups, for example referring to Roma, migrants, asylum seekers, women, LGBTI etc. The European left also refers to protection against discrimination and the violation of human rights in a specific and targeted manner.

European socialists use a more generalist approach towards minorities by pledging to fight against all forms of racism, sexism, homophobia, transphobia and intolerance, and highlighting the need to combat all forms of discrimination. Such non-explicit, but inclusive political rhetoric is an alternative way of showing political will to uphold equality in the next European Parliament.

As for the European liberals (ALDE), they do not refer to minorities per se, neither to specific types of racism and discrimination, but rather focus on protection of all human rights in general. However they do, unlike other parties, pledge to create a mechanism to monitor violations of fundamental rights and civil liberties in the European Union and enforce sanctions.

The European People’s Party, on the other hand, “supports a European Union that tackles the big issues together, leaving the smaller issues to the capable responsibility of individual countries”. Speaking about small and big issues might be the reason why discrimination, racism or minorities are not so much as mentioned in their electoral manifesto. The EPP’s manifesto gives the impression of caring for the majority and their rights only.

The electoral narrative expressed in a manifesto is a combination of recognition of political problems and a promise to solve them if backed by citizens’ trust/vote. In a way it is a pledge for building confidence between party and voter. With this interaction in mind, political parties would need to modernise some of the narratives they use in order to win the trust of minority voters. Most of the manifestos of European political parties refer to integration of different minorities. This, in fact, is a condescending approach and, especially among younger voters who are so-called 2nd, 3rd or even 4th generation migrants or new Europeans, does not mean anything and brings frustrations. The word “integration” must be replaced by a new, more meaningful word which has a connotation of active citizenship and equal participation in the European Union. “Inclusion” would be far more appropriate. Incorporating the inclusion of minorities into political narratives would be a new way of building confidence and developing a dialogue in order to reach minorities’ trust/votes in the future. Speaking the language of minorities is not a communication tool but could become a value of a modern inclusive European political party.

But the real follow up to manifesto narratives should be the mobilisation of so-called ‘minority votes’. Political parties and candidates need to start taking this pivotal cluster of the electorate into account, as they could be the last bastion against hard-core anti-EU nationalists as well as the king makers in many constituencies. In addition, we need a more diverse European Parliament. Hiring professionals from minority background in the next European Parliament must be a priority. Not only for the image of the institution, but above all to ensure that  minorities and majorities – together –  can build a more prosperous and resilient Europe where policies benefit all people living in Europe.