The race for European leadership 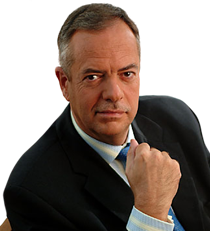 In the wake of the European leaders summit on Tuesday (27 May), Julian Priestley argues that only if the negotiations between the European parties and their parliamentary fail does it become conceivable that the European Council might have to reach out for a candidate outside the election process. But they have every incentive to succeed, because what’s at stake is bringing the direction of the EU within the parliamentary system.

Julian Priestley is a former Secretary General of the European Parliament. He is co-author (with Nereo Peñalver Garcia) of a book on the first ‘presidential’ election in Europe. It will be published in the autumn by Macmillan Palgrave.

In the next month, there will be intense negotiations, both about the nomination for the Commission presidency, and the others to be appointed to different posts in the renewal of the institutions

You can point out that radical populists and xenophobes did not advance everywhere in the EU. You can say that their elected representatives won’t be such a disruptive force in Brussels and Strasbourg because they won’t be there very often, and that they can’t quite cope with serious political work. You can draw consolation that they will be squabbling among themselves, that they will never be cohesive, and that if past experience is repeated, some of them will end up in jail for fraud before the end of their parliamentary ‘service’. You can draw some comfort that in other elections, they tend to fare less well. But in the end you must face up to the question, how, in Europe, in 2014, do you end up with xenophobic populist demagogues getting a quarter of the vote ? not in Spain, which has suffered as much as any in the European crisis; not in some of the countries which have known dictatorships in their recent history; not in Germany- but in France, the modern era cradle of our liberties, and in Britain, the brand leader for parliamentary democracy?

This is a problem for the European parliament, but probably a manageable one. For those countries worst hit by the blight, this must be recognised for what it is ? a crisis of confidence in the national political class, and the failure of democratic mainstream parties to find the language to talk to their electors.

How else to explain the runaway success of Matteo Renzi, the Italian prime minister, leading the democratic left to a stunning victory? Because he, unlike the British and French political elites, has got people to listen to him, and because he exudes a kind of primal energy which makes them believe he can do things for them. In comparison, our politics is conducted with such lassitude, that the media and the voters turn to the simplistic populism of Farage and Le Pen out of sheer ennui.

The second lesson to be drawn from these elections is that it is perfectly possible to organise Europe wide political campaigns. The presidential candidates criss-crossed the continent, topped the bill at large rallies, their presence sought by national parties, took part in TV debates, national and European, won a significant amount of media coverage (steeply increasing media interest compared with previous EP elections) and performed well on the social media front.

All of this campaigning, largely improvised, underfunded, and with candidates whose views were at times rather more consensual than their more fervent partisans would have wished, demonstrated that it is possible to reach large numbers of voters by talking seriously about European issues. This was a European election, where European policies were actually aired.

I would not claim that this in itself explains the reversal of the long-term decline in turnout, but talking about real political choices facing the EU clearly interests millions of Europeans. And for the first time the candidates for the top job, running the Commission, were subjected to a scrutiny that none of the previous incumbents had to face. That what we used to describe as the three main British parties opted out of this process, might be interpreted by some as a kind of disenfranchisement for the British electorate. In any case, their tactic of ignoring the race for the presidency of the Commission does not appear to have paid many electoral dividends.

When we started along the road of having Spitzenkandidaten, we were greeted with a scornful chorus from the commentariat. ‘They’re all the same’; ‘an irrelevant distraction’; ‘in any case the European Council will never accept having a Commission president foisted on them by the EP’; or, in hushed tones from Brussels beltway theologians, the ultimate sacrilege, ‘this will upset the institutional balance’.

At the time of this opinion editorial’s writing, it now looks likely that the next president of the Commission will either be Jean-Claude Juncker or Martin Schultz. And this, for three reasons. Firstly, you can’t simply say to the electors, ‘for the first time you get to choose the next President of the Commission’ and then ignore their choice, unless you wish to recruit even more adherents for the populists.

Secondly, the European Council is made up of heads of government ? those same people were actually on the campaign trail with their respective presidential nominees; Rajoy and Merkel for Juncker; Valls and Renzi for Schulz, endorsing their candidacies in the most public manner possible. After this, it would not be tenable for them to reach out for some passing technocrat simply to defend an abstruse institutional prerogative.

Thirdly, the parliament has a double lock. In the end the next President of the Commission has to get support from 376 MEPs to take office. Paradoxically, the very success of Le Pen/Farage makes it more likely that the name finally submitted will be one of the common candidates of the larger European political parties.

In the next month, there will be intense negotiations both about the nomination for the Commission presidency, and the others to be appointed to different posts in the renewal of the institutions. And as Schulz made clear on election night, there will be a programmatic element as well. The larger political forces will have to be able to show that their policy priorities are reflected in the next Commission’s work programme.

Only if the negotiations between the European parties and the parliament fail, does it become conceivable that the European Council might have to reach out for a candidate outside the election process. But they have every incentive to succeed, because what’s at stake is bringing the direction of the EU within the parliamentary system.

This op-ed was first published on leading international centre-left think-tank Policy Network. It was the last last in a series critically examining the key issues facing the EU at this crucial time.