"The peoples' parties do not simply fall apart because nobody likes them. They disintegrate because they are currently incapable of making good proposals for possible futures. Both the Greens and the AfD do this and that is why the public debate is grouped around these two sides," said Hanno Burmester, founder of Unlearn. [Thomas Kunsch, Berlin]

EURACTIV interviewed him at the Young Europeans’ forum in Berlin on 25-27 June.

Hanno Burmester is the founder of Unlearn and is also a policy fellow at “Das Progressive Zentrum”, where he conducts research on the future of democracy. Burmester is also an affiliate scholar at the Potsdam Institute for Transformative Sustainability Research.

Mr Burmester, is social cohesion in Europe in crisis?

Yes and no. There are currently many factors that fragment our society and worsen social cohesion. At the same time, we are seeing the emergence of a counter-movement that is creating new and greater cohesion.

The fragmentation we see is driven by social media and the polarising logics of algorithms. And, of course, by the inequality of opportunities, wealth and income. It destroys society.

Our society is becoming increasingly diverse. Can democracy reflect this or must we adapt our political model to the times?

Democracy is designed for diversity and complexity. One of its core characteristics is that the population can react to change in a self-organised way. However, the current polarisation of the public debate shows that we are leaving such a potential untapped. The various worldviews stand against each other instead of us being able to bring them into a productive social dialogue

The migration debate reminds us that diversity is not an end in itself. Diversity can be seen as an opportunity when it is consciously designed and made fruitful for everyone.

This also means that democratic societies repeatedly negotiate the values that characterise them. What do these values mean at the everyday level, for those that have been there for a long time, as well as for the newly arrived?

There is still room for improvement.

Carbon tax has featured prominently during the EU election campaign. The key issue is whether poorer households will be expected to pay a CO2 tax, when they emit less than high earners. In an interview with EURACTIV Germany, two climate scientists discuss climate change affecting the class system and consumer behaviour.

On what could we agree on together? To a large extent, values depend greatly on culture.

Yes, they do. This starts at an individual level – how one understands and experiences a value are often two very different things. Societies are still able to negotiate values and their meaning.

For Western societies, issues such as freedom, human dignity and freedom of expression are important and there is a common foundation that can work across Europe. The crucial question is: how do we get these values interpreted in a contemporary way and put them into practice?

Concretely, this can mean: What does freedom of expression in the digital age look like? To whom does human dignity apply – only to us, or also to refugees stranded on Europe’s borders? And what are the limits of individual freedom in times of a climate catastrophe?

Speaking of Europe, in most EU member states we are seeing a sharp drop in votes for the traditional peoples’ parties. At the same time, right-wing populist groups and the Greens are getting stronger. Does this signal a division of society or a revival of a different democracy?

It is not a question of either or – it is division and revival at the same time.

What we are currently experiencing are symptoms of a deeper crisis. We are increasingly understanding the limits of our basic ways of life and societal order.

The peoples’ parties do not simply fall apart because nobody likes them. They disintegrate because they are currently incapable of making good proposals for possible futures. Both the Greens and the AfD do this and that is why the public debate is grouped around these two sides.

I am firmly convinced that the established popular parties to the right and left of the centre have very good chances of survival. That is if they make good, clear and distinguishable proposals for new, sustainable social designs.

The result would be a clear and controversial debate. Nothing revives a democracy any more.

Can a peoples’ party which strives to represent as broad a section of the population as possible represent an increasingly heterogeneous society?

This is, of course, a challenge. However, even the society of the 1950s and 60s was not totally homogeneous. Back then, there were different ways of life and different values. One can provide a diverse society with a common approach but this requires a shared vision of the future and shared fundamental values. 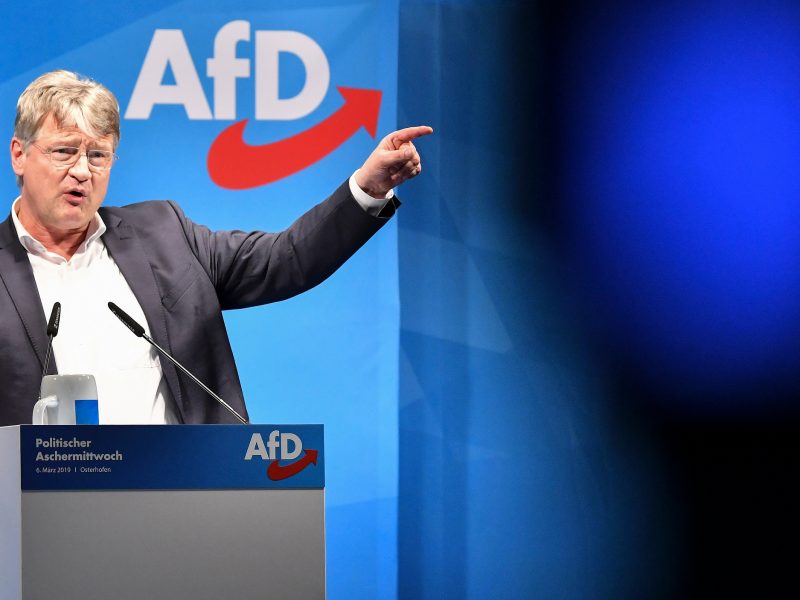 How can people who feel detached from politics and elect populist parties like the AfD, be involved in such a process? How can they be committed to social cohesion that benefits everyone?

I do not think that AfD voters are uninterested in any form of social cohesion. Of course, there is a large part of the electorate that is simply racist and rejects some parts of society.

Despite this, I believe that the majority of AfD voters have a longing for increased social cohesion. They vote for right-wing populists in protest because they feel forgotten.

In Germany, especially in rural areas, many suffer from the fact that public transport is being dismantled, that there are no good life prospects and that the state has been withdrawing its funding for years, wherever possible.

I do not want to outright suggest that these people would never ascribe to fundamental democratic values.

With regards to integration, which is currently being stemmed, many people fear for their national identity. Is this something you can understand?

Our core problem is our lifestyle, which is based on cost externalisation. Our problem is an economic system that promotes blatant inequality of perspective and wealth.

These should be the topics of discussion – whoever conducts debates on identity is distracting people from these real issues.

Do you really think that we would be debating the meaning of being German or European if everyone in Germany believed they could lead their lives in dignity, respect and security?

Does that mean you do not agree with the many people who are concerned about their national identity?

I reiterate that this is not a core issue.

These are often said to be the concerns of the ‘little man’ but I refuse to believe these people are obsessed with fears of the Syrian fugitive next door.

They are concerned about the level of their pensions, the quality of schools, day-care centres, and about their stagnating wages. These are the issues that should politicians should be dealing with, instead of chasing after these populist themes. 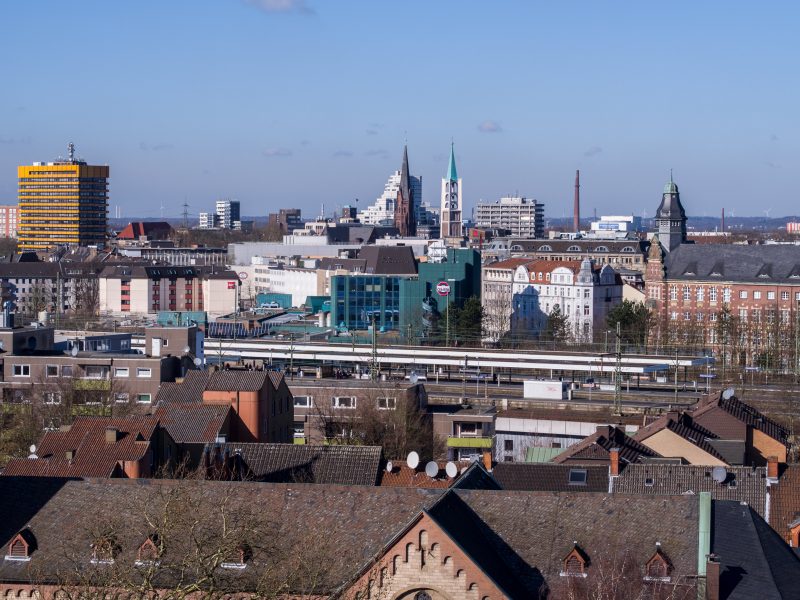 With falling unemployment, increased exports and comparatively stable growth rates. Germany’s statistics paint a positive picture. But many Germans have been left behind, EURACTIV Germany reports.

The EU has a powerful instrument to promote social cohesion: With its €324 billion Structural Funds, it currently supports infrastructural projects, as well as socio-economic development programmes, particularly in structurally weak regions. Is this the way to go?

Citizens can see that since their country joined the EU, their roads and electricity are improving.

However, the question remains: What is the trade-off?

Countries like Poland, the Czech Republic, Romania, etc. have been downright colonised by German and French companies since they joined the EU. In those countries, it was close to impossible for entrepreneurship beyond small and medium-sized enterprises to grow.

From my point of view, these EU funds are poor compensation for what is being structurally withdrawn in the long term. Unfortunately, the economic benefits of European integration are concentrated in a handful of countries. In view of this balance, the European Structural Funds have a credibility problem.

As long as there is no progress regarding the political and social unification, the economic union will deepen the current inequality between poor and rich countries. In my view, EU member states need to talk about how genuine harmonisation and fair burden-sharing can be achieved in this case.

I believe that the EU needs to have direct revenue from tax resources at its disposal. It also needs a financial equalisation of the nations at a far greater level than is currently the case. 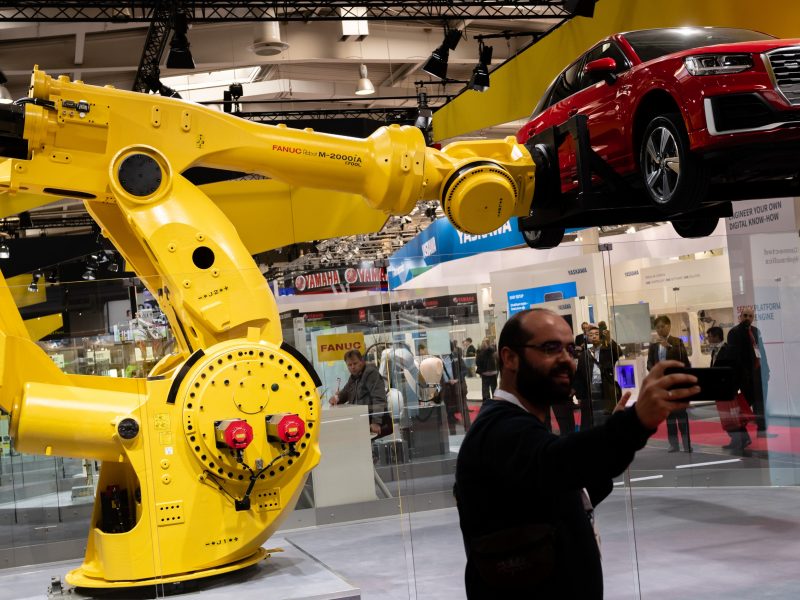 The European Union's industrial heartlands, its urban regions and Germany are the biggest beneficiaries of the bloc's single market, according to a study that highlights the economic and social inequalities plaguing the bloc.

One response to “Inequalities of chances, income and capital are destroying society, says German expert”