We are the first pan-European party that has the same political programme for all member states. [Damian Boeselager]

Damian Boeselager, 31,  is the co-founder and vice-president of Volt Europa. Since November 2018, he has lead the candidates of the German branch of the party.

EURACTIV: Volt is still a young party and still unknown to many. How does the party perceive itself and who does it speak to?

Boeselager: We are the first pan-European party that has the same political programme for all member states. We are part of the answer to the growing nationalistic tendencies that we see everywhere. We want to confront these with fact-based and pragmatic policies. That is why we speak to everyone that favours the further development of the EU and understands that many issues can only be solved on a European level.

How effective can an election programme be when it is the same in all member states? Surely, every member state needs different solutions for national issues.

We have done our homework and drafted a 200-page long election programme. There are very few concrete numbers, notably in relation to tax rates. This is because it is a framework programme, on which various programmes can be based upon, from EU to local elections. We have already applied it, from the local elections in Brussels to the German ones in Wachenheim.

Your membership is strikingly young. Is Volt a party for the young electorate?

Not at all. Our average age was young at the beginning. This was because of our young age as founders. Now the average is 33 and we also have candidates over the age of 60 on our German election list. In theory, we are eager to reach everyone that has remained young in spirit.

How can we classify you on a political scale?

We do not want to be classified. Our work is problem-oriented and free from the right- or left-wing ideology. This would not even work for a European party, as left-wing politics are very different in Romania compared to Spain. When one wants to change something politically, one does not need to depend on political theory from the 18th century. We also see a wide political gap because no party is currently being serious about the issues of reforming the European project and strengthening the fight against nationalistic movements.

Your election programme has a lot of overlap with the ideas of Emmanuel Macron. Were you inspired by République en Marche?

That is true, we overlap on many ideas. We support, for instance, the idea of an EU finance minister or that of a European army – as long as these are under parliamentary control and not under the control of the Commission.

But we need to differentiate Macron’s actions from ours. Macron is a head of state who promotes his vision for Europe. Although we respect Macron’s proposals for reform, as a German, I cannot vote for Macron.

That is why we do things differently and have established our movement as pan-European. We do not want to be tainted by a national prism. Macron is, of course, a national politician, who also takes decisions that we cannot even go along with. For instance, I speak of the closing of ports for refugees or the blocking of mergers between European companies.

Climate policies belong to one of the political fields that undoubtedly require a European solution. What is Volt’s view on this?

We definitely need a European-wide tax on CO2 and there should be fewer exceptions for the EU emissions trade (European Union Emissions Trading System, EU ETS). Moreover, the public local transport system needs to be reinforced. And there is a need for indicative prices in the railway system – it cannot be that a train ride is much more expensive than a flight. Finally, we need a European climate regulation to ensure that Paris climate objectives are reached.

When you move to the European Parliament in May, you will have to deal with the question of whether and with which parliamentary group you will strike an alliance.

Yes- our plan is to have 25 MEPs from seven countries. There is a need for 25 MEPs to found a political group. If we are successful, we would be the first political group that exactly mirrors the party that the people have elected. However, the problem is: very few people know the European parties. And why should they? National parties are uniting into large conglomerates, without their politics being coherent. One example: the SPD voted against Article 13 of the copyright law, but voted in favour on the European level, as part of the S&D group.

Now you might have to anticipate not winning 25 seats. What will you do in such a case?

Then, we will see what potential new groups will form in the European Parliament and figure out where we could be placed in this process. We are open to dialogue. Should we associate ourselves with an established political group, we would do everything in our powers to enforce our own politics. Our members would then decide on this.

You are requesting EU reform. How should the institutions change?

MEPs need to be directly electable. They also need to have a right of initiative to propose laws and be able to elect the Commission democratically.  The Council of the EU should also be transformed into a body similar to the German Federal Council, which ensures that state competences are not limited to a so-called federal system at EU level. It is clear that the Council of the EU is being driven by national interests, not European ones.

Do you therefore support the abandonment of the unanimity principle, which is being applied to some thematic areas in the Council?

Yes, absolutely. We need a decision-making process based on qualified majority voting. It cannot be that individual countries such as Ireland or Luxembourg veto European-wide tax regulations. We request for instance a single minimum corporate tax that would amount to 15 %.

Volt is requesting greater EU integration in its election campaign. Is this not risky in such critical times for the EU?

I believe that is exactly what we need. One example: In 2011, during the euro crisis, I spoke to a man in Greece. He told me: How can it be that Merkel is cutting my pay in half? This was an interesting question. He saw that the German Chancellor had an influence on Greek politics, but could not unselect or penalise her democratically.

This is the reason for a lot of Euroscepticism. The EU has a democratic deficit. If elected MEPs were able to initiate laws, as is the case in every Parliament worldwide, this would change a lot.

In your opinion, is Brexit addressing this deficit?

This was a great part of it. Traditionally, the Brits have a very strong parliamentary democracy. In Brussels, this was missing.

What is your message for the campaign?

Our message on the German election posters says: “It is your turn.” We want to make it clear that the time of passive complaints is over. Now, there is a real chance that the European Parliament will be 40% anti-European.

That is why it is precisely the time to think how to reform the EU so that it functions again for everyone. The solution is not nationalism. To understand this, one does not need to be a flag-waving European. 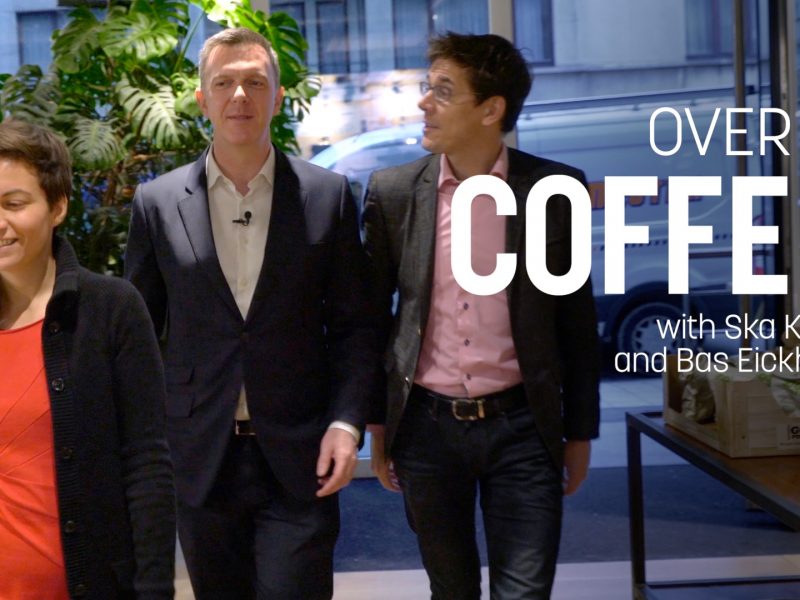