The midterms in the United States were not subject to an intervention due to a lack of Russian resources. But will the upcoming European elections also go under Moscow’s radar? EURACTIV France reports.

Unlike the 2016 presidential election, the American midterms – which led to a Democrat majority in the House of Representatives – did not attract any cyberattacks or direct Russian attempts to influence.

However, the risk of cyberattacks was on everyone’s minds, following the court cases brought by prosecutor Robert Mueller against the friends and family of Trump, Paul Manafort and Michael Cohen as part of an extensive investigation into possible Russian collusion during the presidential election.

The American army had even prepared for such an attack and retaliatory measures had even been planned in the event of a strike, according to the Center for Public Integrity.

“I have often been asked, so, did they intervene? Well, no, nothing happened,” explained Alina Polyakova, a researcher at the Brookings Institution. She was a guest of the European Council on Foreign Relations (ECFR) think-tank to discuss this matter in Paris on Wednesday (7 November). 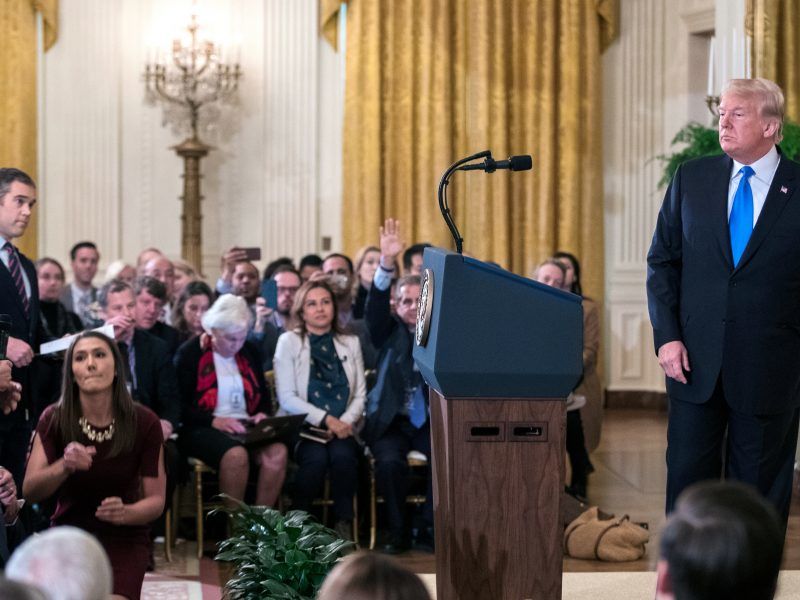 It would be wrong to expect policy change from US President Donald Trump after mid-term elections, German Foreign Minister Heiko Maas said on Wednesday (7 November).

The researcher said there were several reasons for the lack of Russian interest in intervening. For Moscow, the mid-term elections were less crucial than the presidential ballot.

“And Russia is a poor state. It would be a lot of resources to mobilise for a modest result,” the researcher said. Moreover, the United States does not have a clear strategy towards Russia, which would lessen the impact of possible sanctions currently being discussed at the American Congress.

The lack of Russian intervention in these elections also highlights its lack of a long-term strategy. The country would reportedly like to intervene but lacks the operational forces to develop a real cyberstrategy.

This situation forces Russia to undertake interventions on an ad hoc basis, sometimes resorting to using hackers from criminal circles.

European elections to be targeted by propaganda, but not cyberattacks

So, could Russia abandon its attempts to influence the European elections? “In any case, Russia doesn’t really need to, the pro-Russian forces should be bigger in the future European assembly,” the researcher said.

On the other hand, the areas directly influenced by Russia are more likely to be victims of cyberattacks, which could be used to disrupt national elections on a case-by-case basis.

In particular, Ukraine seems to be a target of choice. The country’s electricity grid has already been subject to a considerable cyberattack, which plunged the country into darkness.

Moreover, its electoral system has been the subject of attacks. The elections scheduled to take place in March 2019 to choose a new president and parliament are therefore a prime target.

Nevertheless, a lack of direct cyberattacks to disrupt the European election campaigns will not stop classic propaganda tools, such as RT or Sputnik, from operating. Misinformation therefore remains a simpler instrument than making direct interventions.

While cyberattacks are a Russian speciality, cyber espionage seems to be a far more widespread activity, as underlined by Stanislav Secrieru from the European Union Institute for Security Studies.

“China hacked Obama’s and McCain’s campaigns in 2008, and apparently China preferred to digest silently the information without influencing the outcome of the elections” he explained.

Experts agree on the fact that France also probably engages in cyberspying, the difference with Russia being the frequency and the publication of the outcomes.

One response to “American midterms not influenced by cyberattacks”