“More than 800 people are already covered by EU sanctions. We are in favour of expanding this list and adding more people close to the Russian President to the sanctions list,” said Austrian Chancellor Karl Nehammer on Wednesday as the Russian invasion of Ukraine enters its fourth week. [EPA-EFE/CHRISTIAN BRUNA]

On Monday 27 May, at 16:15 pm, in the temporary premises of the Austrian Parliament, deputies stood up to vote in favour of the motion of no confidence, the first successful motion of its kind in Austria.

“At this moment of failure for the Austrian government, they did not consider it worth to seek dialogue  regarding a transitional period with the opposition in Parliament. Their actions have nothing to do with responsibility,” said the Social Democratic Party (SPÖ) leader Pamela Rendi-Wagner.

An independent government of experts will now soon be formed before new elections are held in September. In the meantime, Kurz will continue in a caretaker capacity and is expected to attend today’s EU summit in Brussels.

Monday’s no-confidence motion does not only replace the Austrian Chancellor. New expert ministers, who replaced their predecessors from the populist far-right Austrian Freedom Party (FPÖ) last Wednesday, also have to step down.

On Sunday, Kurz’s Austrian People’s Party (ÖVP) emerged as the clear winner of the European Parliament elections. With today’s vote, the Chancellor was brought down by the Ibiza-video scandal that has rocked his coalition since German newspapers published excerpts of the footage on 17 May.

The video, taken in 2017, shows Austria’s former Vice-Chancellor and FPÖ leader Heinz-Christian Strache discussing plans to trade state contracts for election campaign donations with a woman posing as the niece of a Russian oligarch. In the video, Strache also appears to suggest the woman takes over Austria’s most influential newspaper, the Kronen Zeitung, and turn it into the FPÖ’s mouthpiece.

That was enough to bring the right-wing conservative coalition to an end last weekend.

Since the collapse of the coalition, Kurz formed a minority government, meaning he could no longer rely on a majority in parliament.

But during his 18-month long term, Kurz had already lost the confidence of the opposition – which felt completely ignored. That is why the SPÖ  has called for a vote of no confidence.

“Even after the failure of his turquoise-blue government, Sebastian Kurz continued with his ice-cold power politics and attempts to dismantle democracy and society,” tweeted the SPÖ. In a twitter thread, the party also gave a detailed account of the reasons, explaining the government’s dealings in recent months.

The process started last week when the opposition party Jetzt announced it would table a motion of no confidence.

“The Chancellor used excuses to do what he had always intended to do: As he previously did with SPÖ, he gave government positions to this partners, just to ultimately dump them,” said Alfred Noll, a sitting member of Jetzt.

However, the first motion was only directed towards Kurz and ministers were supposed to remain in office, according to the proposal.

On Sunday evening, as the European elections were coming to a close, SPÖ party leader Pamela Rendi-Wagner surprisingly announced that the SPÖ would be going one step further and table a motion to completely replace the Austrian government.

New elections are now scheduled for September and Kurz stands high chances of getting re-elected. His party, the conservative Austrian People’s Party (ÖVP), came in first during the European elections with 34.9%.

The upcoming election campaign should also be an easy game for Kurz, explained political consultant Thomas Hofer and opinion pollster Peter Hajek in an interview with the Austria Press Agency (APA) on Monday.

According to Hofer, the SPÖ supported Kurz in his campaign and should have made their demands more central to their communication strategy – for example by proposing to amend the 12-hour work day.

Hajek called the motion of no confidence a choice between the plague and cholera for the Social Democrats. Now it is up to the SPÖ to make it clear that the next government cannot be formed on the basis of a coalition with the FPÖ, Hofer said.

Because Kurz is currently accusing the SPÖ of electioneering. In an interview with Austrian daily newspaper Der Standard this weekend, Kurz said that: “If I see a coalition forming here it is a coalition of Pamela Rendi-Wagner and Herbert Kickl,” he said in reference to his outgoing interior minister, whom he accused of plotting a comeback as part of a joint ticket with the Social Democrats.

Austrian candidate for the position of European Commissioner

Many positions now have to be filled. In addition to the chancellor and the ministers, a new European Commission candidate needs to be sent to Brussels. The candidate will be facing a hearing in the European Parliament in September.

The candidate – two or three can be nominated and submitted to the European Commission for selection – is proposed by the Austrian government and requires a majority in the Austrian National Council.

With Monday’s no-confidence vote, Kurz’s favourite Karolina Edtstadler, will probably no longer be in the race.

“The election campaign will have a strong influence on the decision. There could still be very surprising dynamics,” European legal expert Stefan Brocza told EURACTIV.

The Austrian People’s Party (ÖVP) has been in office for 25 years. This could change for the first time despite the party’s success in the European elections. 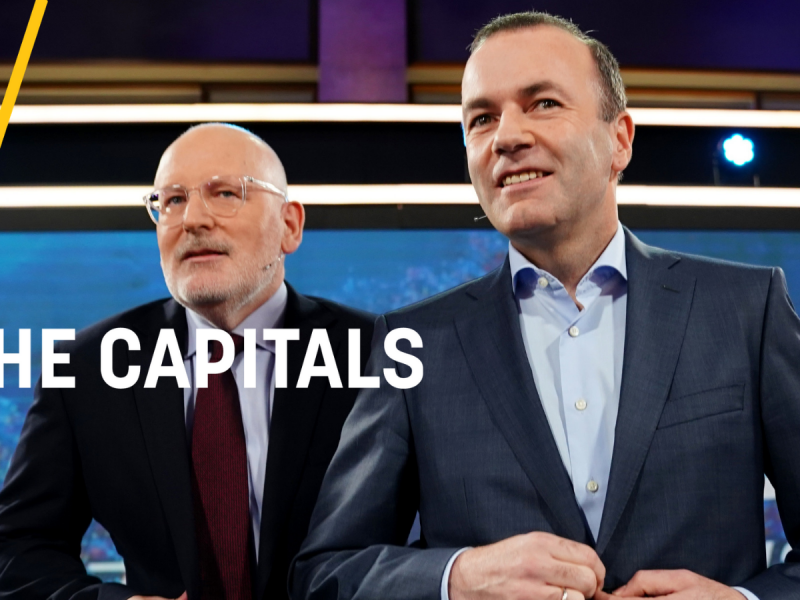