Part of the centre-right European People’s Party (EPP) has serious doubts about Ursula von der Leyen’s nomination for President of the European Commission and may not support her, Bulgarian MEP Radan Kanev told news website EUelectionsBulgaria.com.

Kanev said there are serious internal tensions in the EPP group in the European Parliament, and the internal debate on von der Leyen’s support has not yet officially closed.

Kanev was the only candidate elected as MEP from the Democratic Bulgaria coalition. Although he is a vocal critic of Boyko Borissov’s GERB, both parties sit in the European Parliament’s EPP group.

“You can feel the tension,” Kanev told EUelectionsBulgaria.com. “Our meeting with Ms. Ursula von der Leyen was the shortest of all her meetings with the parliamentary groups. It lasted only half an hour. All the other groups had 2-3 hours-long meeting with her and had unlimited opportunity to ask their questions. That is how things happened.”

“We do not know enough about her priorities and this is causing tension,“ he added.

According to Kanev, tensions are also caused by the “visible bows” toward the Polish and the Hungarian governments during internal negotiations for top positions in European Parliament Committees. They were also visible during the discussions for supporting von der Leyen, he said.

“This is causing tensions among the Polish MEPs who are part of the European People’s Party, but also among other colleagues. It is quite obvious that there is tension even when it comes to personal contacts between MEPs,” Kanev said.

Polish MEPs from the EPP group are worried that the Article 7 procedure to protect the rule of law in Poland could be stopped by the new European Commission.

“It is not clear that the Polish [EPP] MEPs will support Ursula von der Leyen. Although she is from the EPP,” Kanev said.

“I do not believe there is a wide-ranging opposition, but the vote is secret,” pointed jout. “When we elected the President of the European Parliament, part of the EPP supported Ska Keller. There is a possibility that these people would not vote for Ursula von der Leyen,” Kanev said.

He explained that the election of Von der Leyen depends mainly on the position of the European Conservatives and Reformists Group, which has 62 members in Parliament.

“The numbers game depends on the conservatives. The colleagues from the socialists and liberals I have spoken to are of the same opinion”, Kanev said. Two days ago he stated that he would not support Ursula von der Leyen’s nomination if it is there is no guarantee that the pressure of the European Commission on Bulgaria to ensure the rule of law is to be continued.

“There is a lot of discontent, no one knows what the policy of the President, nominated by the Council will be,” Stanishev said  in an interview for Nova TV. He explained that the agreement between the EU leaders “only serves Viktor Orban at the moment.”

“He may be the only one in the EU who is pleased with this result,” the socialist leader added.

On Friday, the liberal centrist group “Renew Europe” announce its condition for supporting Ursula von der Leyen. The letter was signed by leader of the group, Dacian Ciolos.

“Renew Europe” wants von der Leyen to ensure the group that its Spitzenkandidat Margrethe Vestager will be equal to the First Vice-President of the European Commission with Socialist Spitzenkandidat, Frans Timmermans. The group wants Vestager to have “strong political responsibility, power for decision making and a stable portfolio”.

“Renew Europe” wants von der Leyen to commit to putting in place a mechanism for monitoring the rule of law in all EU countries. This mechanism should include sanctions for breaking the EU’s principles. The liberals are urging the EU to reduce its emissions by 55% by 2030 compared to 1990 levels. The current target is a 40% reduction. So far, von der Leyen has promised a 50% reduction. This is more than her EPP group has agreed.

Von der Leyen needs 376 votes to be elected as President of the European Commission. 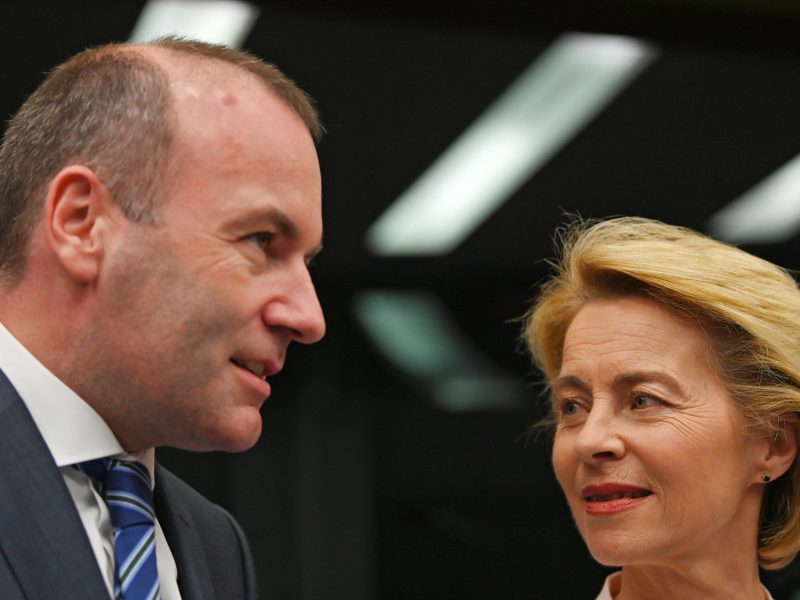