Bulgarian Prime Minister Boyko Borissov casts his vote at a polling station during the European elections in Sofia, Bulgaria on 26 May 2019. [Vassil Donev/EPA/EFE]

Up until the last ten days, Borissov, who has governed Bulgaria for almost ten years, looked set to lose to his arch-rivals, the socialists (BSP), according to opinion polls. 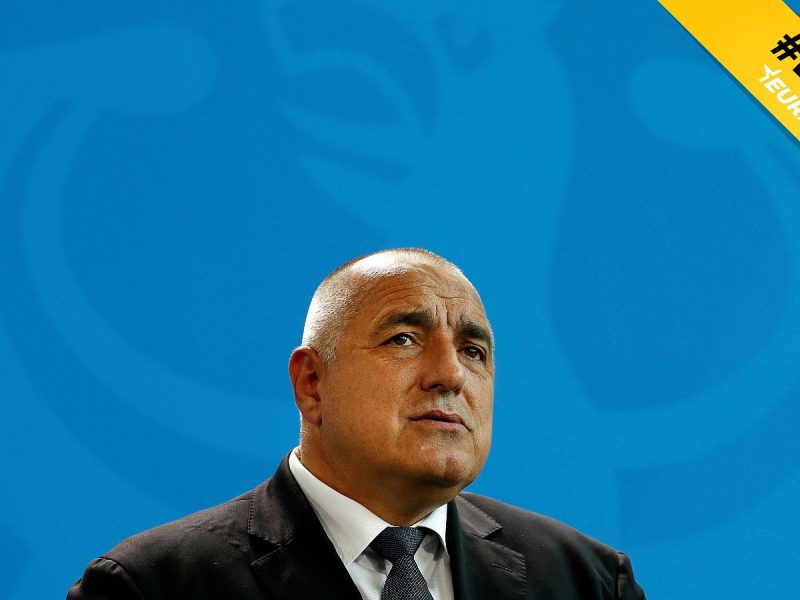 Bulgarian Prime Minister Boyko Borissov, who has governed the country with small interruptions for ten years, said on Wednesday (8 May) he will not resign following the European elections. According to opinion polls, Borissov’s GERB party (EPP-affiliated) may lose to his arch-rivals, the socialists.

In particular, the so-called apartment scandal, which revealed that several high-ranking GERB politicians had bought real estate at suspiciously low prices, hurt support for the party, and in early May, a series of polls put BSP ahead.

But during Sunday’s election, GERB obtained 30.77%, against 25% for BSP. As expected, third is the mostly ethnic Turkish DPS, the Movement for Rights and Freedoms (ALDE-affiliated), with 13.7%.

The nationalist VMRO party of Krassimir Karakachanov got 7.7%, and the centre-right Democratic Bulgaria 6.9%. This translates into seven MEPs from the EPP, five for PES, three for ALDE and two for a Eurosceptic group (VMRO is yet to choose which).

Turnout was around 30%, lower than the previous European elections. The election threshold for EU elections in Bulgaria is 5.88%.

Pundits say Borissov made a big impact, as he campaigned very actively during the days before the vote.

BSP also made a series of mistakes in their campaign, and appeared divided in front of their electorate. Party leader Kornelia Ninova, who has ideological differences with Sergei Stanishev, leader of the Party of European Socialists (PES), did not even want to have him on the election list. 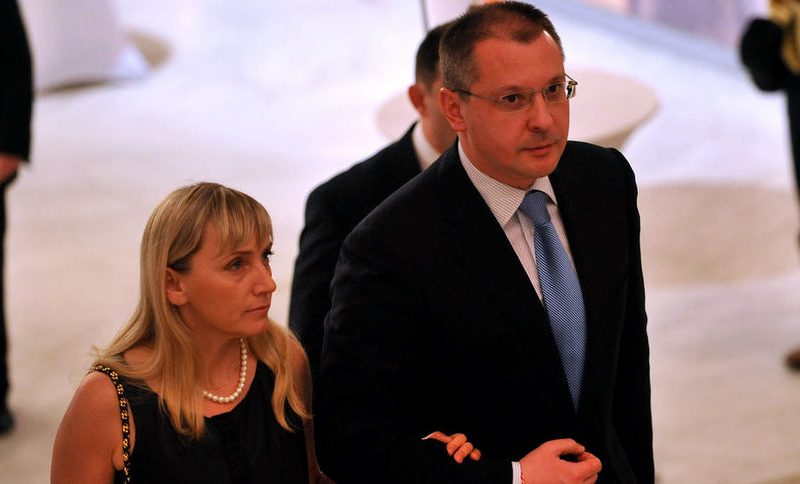 On Sunday in Brussels, Stanishev regretted the results and the divisions. He blamed Ninova for what he saw as a strategic mistake. BSP MPs left the National Assembly in February and  have been widely invisible to the public ever since.

The good result of VMRO shows that this force from the so-called “United Patriots”, the junior coalition partner of Borissov, has completely overtaken the nationalist electorate, at the expense of Volen Siderov’s Ataka party and the National Front for Salvation of Bulgaria. Each of the two parties got around 1%.

Another Eurosceptic loser at the elections is Vesselin Mareshki, leader of the party Volya, who will not be represented in the European Parliament. This is a setback for Marine Le Pen, who had invested a lot in Volya as her Bulgarian partner.

Borissov made no public appearances, but posted on Facebook a message thanking the Bulgarians. He admitted his party had made mistakes and said these could be repaired only by work. “I promise you work, work, and more work”, his message ends.

At this stage it is unclear who the Bulgarian MEPs will be, mainly because 50% of Bulgarians used preferential vote, meaning the lists can be completely rearranged.

DPS leader Mustafa Karadaya, who leads the list, said he would not take his seat as MEP, for example. Second on the list is Delyan Peevski, a controversial media tycoon. Peevski is an MP but has very rarely been seen in parliament.

There is no potential to trigger early elections, commentators agree. However, many expect changes in government.

One response to “Bulgaria’s Borissov wins despite scandals”