Laura Codruta Kovesi (C), 45, former chief prosecutor of the National Anti-Corruption Bureau (DNA), holds a red rose flower, received as gift from supporters, as she exits the building after a hearing at the Special Investigative Section for Prosecutors headquarters, in Bucharest, Romania, 07 March 2019. [EPA-EFE/ROBERT GHEMENT]

MEPs and EU government representatives failed to reach an agreement on the appointment of the bloc’s first chief prosecutor on Wednesday (27 March), following disagreements over the potential hiring of Romania’s former anti-corruption chief Laura Codruţa Kövesi.

The talks were the second round in a process that has been hotly debated.

MEPs were expected to push for Kövesi’s nomination on Wednesday (27 March) to keep the selection process on track to begin in November next year. It was agreed that the election of a candidate for chief prosecutor should be made by the end of March.

But negotiations between Parliament representatives currently in plenary session in Strasbourg and the Council negotiation team in Brussels ended in deadlock. 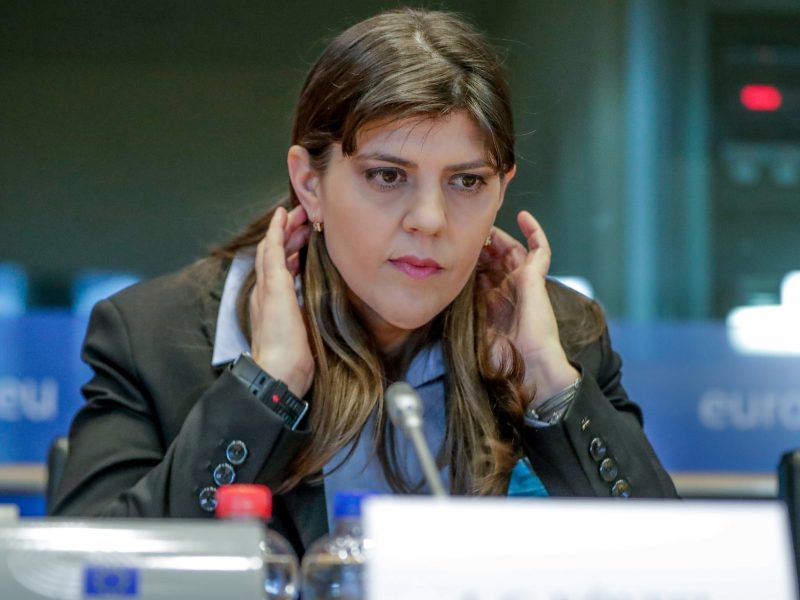 Bucharest appears to be deliberately delaying the nomination of the EU’s first-ever prosecutor general, fearing the Romanian candidate, Laura Codruta Kövesi, is well positioned to get the job, reports Dan Alexe, a blogger at EUelectionsRomania.com.

Kövesi got the Parliament’s support following separate votes in two committees – on Civil Liberties, Justice and Home Affairs (LIBE), and Budgetary Control (CONT). The Romanian also has the backing of the centre-right European People’s Party (EPP), the strongest political group in Parliament.

During Wednesday’s negotiation, MEPs reportedly asked the Council to be informed of the voting procedure as part of the secret ballot which member states used to choose Bohnert.

Kövesi’s candidature for the post of European Chief Prosecutor has been marred by fierce opposition and obstruction from her own country’s government.

The Romanian government used a newly-created Special Section for the Investigation of Magistrates to block Kövesi by indicting her in two separate criminal cases.

The Romanian High Court of Cassation and Justice ruled on 25 March that in both cases the former head of the National Anti-Corruption Bureau (DNA) did not commit misconduct.

Reportedly, the Romania’s Superior Council of Magistracy (SCM) is now trying to overrule this decision.

One day before the second round of negotiations between the Parliament and the Council for the leadership of the European Prosecutor’s Office, EPP’s Spitzenkandidat for the European elections in May, Manfred Weber, told Romania’s Ziare.com in an interview that “the Kövesi case is a sign that there are problems in Romania”.

“Normally, in a country like Romania, the government should be proud that the first European prosecutor to be a Romanian personality with credibility, with strong strengths.” Weber said.

Critics however point out that while Weber is bold in condemning Romania’s ruling socialist party over their rule of law record, he had for far too long turned a blind eye towards Hungary’s Fidesz party.

Recently a compromise to suspend Fidesz from the EPP party has been reached, but Fidesz MEPs remain members of the EPP political group in the European Parliament.