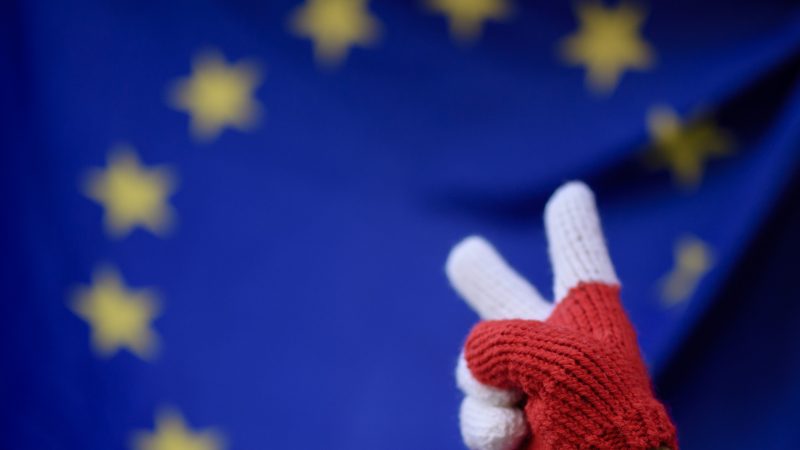 Participants of the monthly pro-European Union rally titled 'Pulse of Europe', hold flags in the national colors of Poland, and the European flag in front of the concert hall at the Gendarmenmarkt place in Berlin, Germany, 06 August 2017. [EPA/CLEMENS BILAN]

The division of politicians into liberal pro-Europeans and authoritarian anti-Europeans is overly simplistic and “exaggerates the importance of those who strongly oppose integration”, the head of the EU’s office in Poland said. EURACTIV Poland’s media partner Gazeta Wyborcza reports.

Marek Prawda is the director of the European Commission Representation in Poland. The interview was conducted just before the European elections.

Will the European Union emerge from this year’s elections strengthened or weakened?

These elections will be more European than all the previous ones. We’ve understood that Europe is a mortal entity and that we have to retell its story to those who had stopped noticing this. We should also look at it critically, without over-simplification or falsification, and without slogans.

For example, which ones?

We can’t reduce the whole narrative to the question of whether Europe makes us happy or enslaves us. We are dissatisfied with the way it is because we see nothing but its bureaucratic regulations and technocratic language. But we don’t have to wait for war in order to appreciate peace.

Many of the issues that we argue about daily in our countries are in fact European in nature. The crises have revealed our many dependencies. If we want to preserve the free movement of people, we need to strengthen our external borders and formulate a common asylum policy. As things stand today, we know that in the event of an external threat we cannot count on the protective umbrella of the US; we need to strengthen our own defence capabilities.

It wouldn’t be possible for each country to fight on its own the misuse of our data by some digital giants that freely collect information about us, as this may jeopardise our democracy and freedom. Currently, Europe has much better defence mechanisms and legal tools than the Americans. The scale of the new threats compels us to cooperate. We have hitherto been under the illusion that these things don’t concern us. We treated the EU as a substitute country, from which everything can be obtained, without giving anything in return.

Europeans are increasingly divided. Social groups throughout the whole continent are up in arms, feeling that their voices are not listened to by the elites. How do we talk to them?

Western capital discovered the world and invested in other continents, where it found a cheaper workforce. At the same time, it radically improved the living conditions there, saving millions of people from starvation. However, in opening its borders, it created new problems that we were unable to manage, leading to the relative pauperisation of Western societies.

The middle class, this large section of society which has always been a stabilising element and the core of the biggest parties, has shrunk significantly. At the same time, the affluent working class began to partly transform into a mob, greedy for the promises made by the populists.

This sense of danger has caused us to retire into our national shells, so as to hide from our problems. Identity policy seduces and fascinates people. Governments are very keen to hear this and say that they need more power to defend their citizens against external, but especially internal enemies. The more citizens live in fear, the more power they are willing to grant their leaders. At the same time, this deepens the polarisation in society and results in anyone with different ideas becoming discredited. As a result, space for the free exchange of ideas is shrinking.

This is a phenomenon seen in many European societies. In fact, this takes away more of our freedom than the security measures resulting from the threat of terrorism. It cements the situation of two worlds not speaking to each other and tempts those who wish the EU ill to actively weaken it from within. This pleases the autocratic leaders of countries outside of the EU, who are pleased to say that we will “choke on this Western freedom of ours.” At least, they say, there is order in their countries.

Right-wing populism has emerged due to growing inequalities. What to tell people who don’t see any benefit from being in the EU? Perhaps it was a mistake to tell everyone that they have equal opportunities from the start.

We have built an unjust world and we are suffering the consequences. But the fact remains, today everyone wants to live in Europe and is trying to get here, which proves that Europe is not that bad after all. Instead of worrying, let’s get to work. Liberal democracy has collided with its own unrealistic expectations.

We should be more cautious, especially before the elections, about dividing the world: into us – pro-European, liberal, and others – anti-European, supporters of authoritarianism. It’s true that in the coming days, Europeans will in a sense confront a choice between building the EU and spoiling it. But this sharp division is too simplistic and can constitute a trap. Firstly, it exaggerates the importance of those who strongly oppose integration. There are not that many of them.

Those who say: “Europe, yes, but …” are not worthy of being treated as enemies through such categorical division. Secondly, too much talk of a schism may give the impression that “pro-European liberals” are only concerned about maintaining the status quo. And for all the reasons that have already been mentioned, this status quo is not sustainable, nor is it worth the effort.

We need a serious conversation about how to better deal with the excesses of large corporations, the challenges of climate change and other new external threats. That is why Europe has to be won through ideas and not by means of a flattering and exaggerated dramatisation of these elections. In many EU countries, the situation isn’t entirely black and white.

But authoritarian tendencies are growing throughout Europe. In many parliaments, there are parties that would most likely limit the role of the free press and those non-governmental organisations that criticise politicians for violating human rights. How to reconcile these with EU values?

We can’t afford to abandon these topics, because it’s a matter of survival as well as the further development of the EU. That is why we have heard a lot about the rule of law in negotiating the new EU budget. There is talk of creating a new tool, the so-called programme of rights and freedoms. We intend to establish permanent monitoring of the rule of law in all member states.

Countries that don’t respect the rule of law will gradually move away from the core of Europe, and therefore from the access to resources and any influence on its decisions. We are not threatened with any further EU exits, but now we may have more “stowaways”, who don’t understand the respect for values and what it means to accept commitments.

But Prime Minister Mateusz Morawiecki has said he is not interested in Western values, but only on the wage level. The government doesn’t care at all about being in the EU’s decision-making centre and having an impact on common policy decisions.

Okay then, but foreign investors seek a guarantee that in the event of any disputes, they will be able to count on a fair trial before an independent court. And this is key. Without the common principle of the rule of law, interpreted in the same way in every Member State, there cannot be a common market.

And what will we do if the society in some EU country suddenly decides that Poles shouldn’t come to work there anymore, and those who are already there should leave? The government in such a country, especially if it has courts that are not independent, will very easily and even willingly meet the “expectations of the principle of sovereignty”.

In this situation, we can only be protected by the European Treaty, whose Article 2 states that EU citizens cannot be discriminated against for reason of their nationality. There can be no benefit to membership of the EU without mutual obligations. If nobody has the right to interfere in our affairs, then, in turn, we won’t be able to protect the interests of Poles in other countries. This is an important reason to stay in the EU and not lose our place at its core. 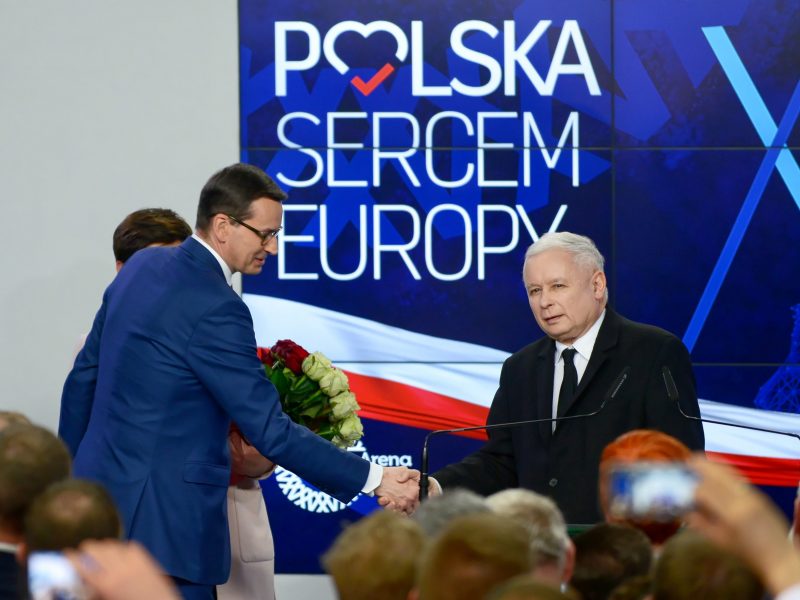 Poland’s national-conservative ruling Law and Justice party (PiS) came narrowly ahead of the centrist European Coalition in Sunday’s European Parliament vote seen as a test before the parliamentary elections later this year.