Romania’s government boasts about the largest economic growth in the EU, while Romanian people are leaving the country in large numbers. But something has changed compared with the previous decades – this time it’s not only the poor who are leaving but also highly educated and high-skilled persons.

Can the EU elections in 2019 change the trend or, on the contrary, will the pace of migration intensify, considering the anti-European statements of some politicians?

Romania, like other eastern European states, has been an attractive destination for foreign investors since joining the EU in 2007. The 2006-2008 period was the best for Romania in terms of foreign direct investment inflows, but the financial crisis hit the economy and investors’ interest.

The post-crisis slow rise of foreign investment went hand in hand with economic expansion. In recent years, economic growth accelerated, fueled by a rapid rise in private consumption due to tax cuts and salary increases, which were, however, criticised by both economic analysts and the European Commission.

In 2017, Romania’s economy grew by almost 7%, the largest GDP growth in the EU, but the consumption-fueled rise won’t last. This year, the economic growth slowed to a more pedestrian 4%, still robust but below the Government’s forecast.

But the rapid economic growth hasn’t brought a similar rise in wellbeing. Income levels are still modest compared with the European average, despite the salary rises in recent years, and a large part of the population is at risk of poverty.

Romania is one of the three EU member states (the others being Bulgaria and Greece) where more than a third of the population was at risk of poverty or social exclusion, with 35.7% of Romanians in that situation, according to Eurostat. 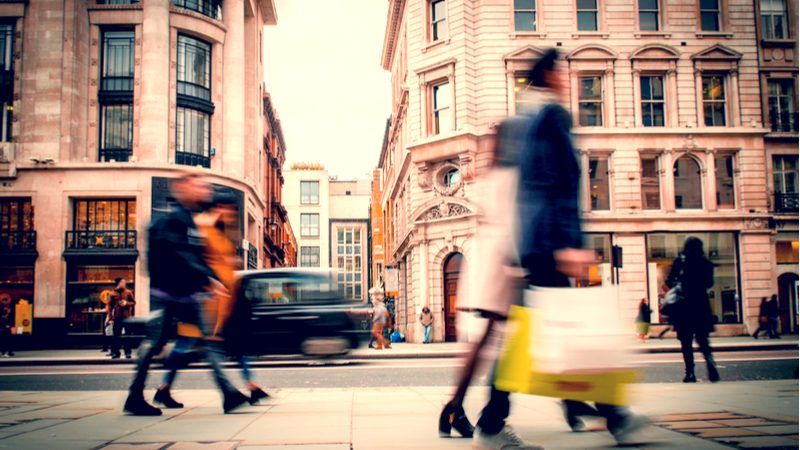 European economy: On the road to recovery or still in stagnation?

The European economy has gradually moved clear of the recession and austerity that have dominated the past ten years.

But how important will the economy be in the minds of Europeans as next May’s European Parliament elections approach?

But, besides the poverty and the unfavourable economic conditions during the crisis, there must be other grounds for migration, such as disappointment with economic and social conditions or a lack of personal development options, according to sociologists. Few would leave Romania if they enjoyed good living conditions.

“The moment of the 1989 revolution was overcome with great expectations. The people had great hopes, expectations and they thought things will get better and better. But they were disappointed. And in the 2000s they started leaving to Western countries and the EU accession only quickened the pace”, sociologist Constantin Miron recently said.

Many of the Romanians that left are so used with the Western way of life that they do not plan to come back, as they were perhaps thinking in the first years. Moreover, when things didn’t go well in their new country of residence they do not think of returning but choose to move to another developed country such as the Nordic states or Germany.

According to Destatis, the Federal Office of Statistics, last year more Romanians moved to Germany than Syrians. Among the EU member states, Romania was the top country of origin, with 73,000 migrants, more than the citizens of Poland and Croatia (the countries that followed in the ranking) combined.

A UN report last year named Romania as the second country of origin for migration worldwide after Syria, a country devastated by a bloody civil war. According to UN statistics, 3.4 million Romanians choose to live in other countries over the past decade.

Claudiu Tufis, deputy dean of the Political Sciences School at Bucharest University, points that, as Europeans are mostly preoccupied with social inequality, migration and unemployment, people in Romania are less interested in inequalities.

“In Romania, social inequality is on the third spot but is a rarely heard subject. The economic growth and migration are at the top of the public agenda”, said Tufis.

The government hopes it can bring back at least some of those who left, but analysts are sceptical, saying just the economic relaunch won´t stop migration. In 2017, a year which saw economic growth of 6.9% and very good news for Romanian wallets (with salary and pension increases, and tax cuts), more than 220,000 people left the country, according to the statistics office.

So, despite any fiscal incentives and low costs, some investors have fled Romania due to the brain drain, which has caused a lack of qualified workforce. PwC estimates the economic losses due to skills shortages in Romania at 6% of GDP, or €10 billion in lost revenue for private businesses.

In this context, next year´s EU elections could provide the ideal platform for talks about migration, although one can expect local issues to be more vividly discussed during the electoral campaign than international subjects.

“I believe the main themes will be national and ´national in European context´, at most. Which are the subjects that put Romania on fire? Corruption, obviously, but also the migration as, on average, nine Romanians leave the country each hour,” said Catalin Ivan, a Romanian MEP who recently left the Socialist and Democrat group.

On the other hand, multiple “statements of independence” from the EU by high profile politicians seem to have awoken a Eurosceptic movement in Romania. According to the most recent EU public opinion survey conducted by the European Parliament, only 49% of Romanian people consider their country’s membership of the European Union to be a good thing, a drop of 10 percentage points from the April survey.

However, 43% of Romanian citizens hold a positive view of the European Parliament and 63% of them would like a bigger role for the legislative body. Moreover, the survey also showed an increased interest and awareness of the 2019 EU elections.

Economic subjects are high on the people’s agenda, although politicians don’t think the economy will be much debated during the campaign. “In Romania, we will discuss more about corruption, justice, and less about the economy,” said MEP Marian Jean Marinescu (EPP).

But the Parlameter shows that the Romanian citizens’ campaign priorities are the economy (53%), youth unemployment (44%), followed by promoting human rights and democracy (38%), consumer protection and food safety (36%) and social protection (35%).

The odds for the domestic agenda to dominate the EU elections campaign are quite high, because internal politics is more familiar to both journalists and the public, said Victor Bostinaru, vice-chair of the S&D group in the European Parliament. “Moreover, this kind of subjects can generate conflicts and breaking news,” Bostinaru explained.

“It’s only that, this time, the EU elections are crucially important for the survival of the Union itself and, as a consequence, of our country’s position and role in the European Union.”

One response to “Economic growth, migration and EU elections – a strange mix for Romanian voters”