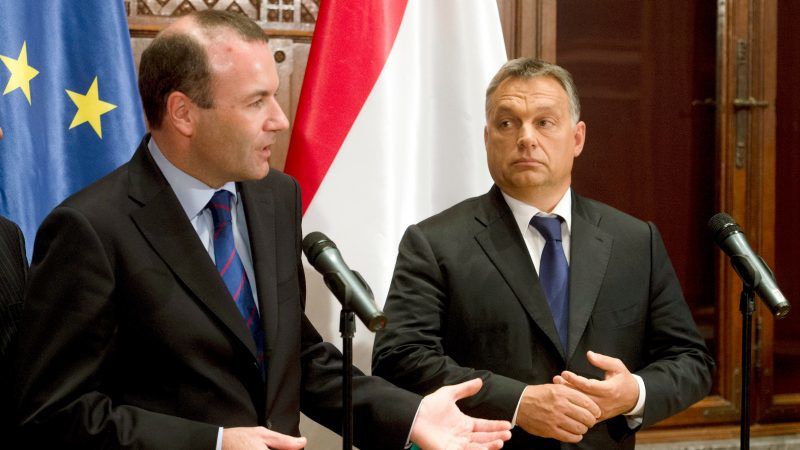 Chairman of the European People's Party group of the European Parliament Manfred Weber (L) speaks during a joint press conference with Hungarian Prime Minister Viktor Orbán after their meeting in the Parliament building in Budapest, Hungary, 11 September 2015. [Szilard Koszticzak/EPA/EFE]

Some European lawmakers, or MEPs, say the vote means it is now inevitable the European People’s Party (EPP), which gathers political movements from several countries, will oust the Fidesz group of Hungarian Prime Minister Viktor Orbán.

But others voice fears the EPP would be shooting itself in the foot by expelling a party that could boost support for populists in the May parliament elections.

Still others accuse major players like French President Emmanuel Macron of trying to exploit the rift within the EPP to benefit pro-European centrists and liberals.

The parliament on Wednesday mustered the two-thirds majority needed to push for unprecedented sanctions against Orbán’s government because most EPP members lined up behind it.

EPP members are focusing on the immediate consequences for them, as the Article 7 process the parliament invoked is a long one.

The move is seen as unlikely to ever lead to unprecedented sanctions that would strip Hungary of its European Union voting rights, which any member state could veto.

The EPP, which holds 218 of the 750 seats in parliament, voted 115 for the move to punish Orbán’s government to 57 against, with 28 abstentions.

EPP leader Manfred Weber, an ally of German Chancellor Angela Merkel, threw his weight behind the vote even if he did not instruct colleagues to follow suit.

She said he did the right thing to trumpet European values as he runs for the head of the executive European Commission, a position which will be vacant after next year’s parliamentary elections.

Guy Verhofstadt, a former Belgian prime minister who heads the liberal ALDE group, had been blunt in calling for the EPP to no longer compromise with Orbán.

Verhofstadt to EPP: Stop this nightmare!

French Greens MEP Philippe Lamberts warned the EPP that it should “realise what is at stake, which is even its identity.”

But the group could opt to continue working with Orbán because, as Lamberts put it: “He may be a son of a bitch but at least he’s our son of a bitch.”

European Commission chief Jean-Claude Juncker, who once jokingly greeted Orbán with: “Hello dictator!” at an EU summit, suggested he might back tougher action against Hungary.

Juncker told a group of journalists Wednesday he had “long had a problem with Viktor Orbán’s membership” of the EPP, which he also belongs to.

Weber wants to succeed Juncker, but a source within the party told AFP the 46-year-old Bavarian is “not pleading to ban Mr. Orbán.”

“It’s not for fear of losing seats in the parliament but his big fear is to see Fidesz deputies join a bloc of Eurosceptic deputies from the east,” the source said.

Franck Proust said he was one of dozens of EPP members to vote against the Hungary motion, not because he disagreed with it but because he was protesting “political manipulation” from leftist foes.

“We don’t often hear the left denounce problems in Malta and elsewhere in Europe,” said the leader of the French caucus in the EPP. 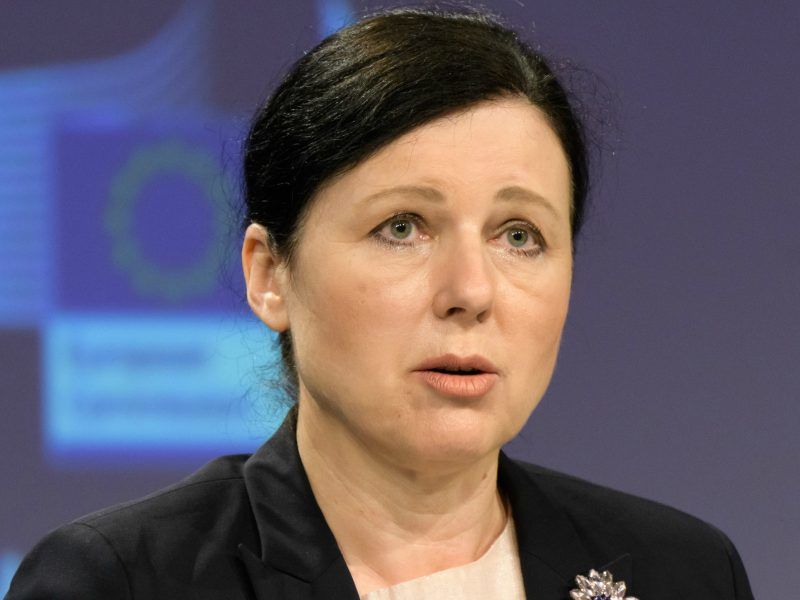 “So is it not strange this obsession with Hungary and the EPP?” Proust asked.

Some in the centre right accuse Macron, who had urged the EPP to “clarify” its position toward Orbán, of exploiting the rift to bolster centrist support.

Macron tells the EPP “to clean house, but we do not often hear him speaking about Hungary during European summits,” a source within the EPP told AFP.

Macron’s office welcomed Wednesday’s vote as proof of lawmakers grouping “around values” that extend beyond parties.

The Hungary issue could be discussed at a EPP meeting in the Austrian city of Salzburg next Wednesday, and then at a party convention in Helsinki in November that will nominate a candidate for the commission presidency.