To make progress, "we need to continue discussions with Russia, but we must remain firm," the Estonian president suggested.

The “white supremacist” views held by some Parliamentarians do not represent the views of the Estonian people, President Kersti Kaljulaid insisted on Wednesday (15 May) after populist MPs were pictured alongside France’s far-right leader Marine Le Pen.

“I’ve just had a few members of Parliament over here and I’ve told them I’m now going to have to explain their stupid moves,” Kaljulaid told reporters on Wednesday.

“I’ve also been speaking to the ministers who come from this party and our common understanding is that you cannot properly function in an international, global society if you keep irritating people,” she said. “These are not views we share in Estonia.”

For her part, Le Pen attempted to distance herself from the association the symbol has with white nationalist thought. She told reporters on Wednesday that she had asked Facebook to remove the picture.

“I was in a selfie at his request, making a signal that to me means ‘ok’,” Le Pen told French news agency AFP. “I was later told that it may have an alternative meaning.”

“I’d never heard of the second meaning of this trivial gesture,” she added.

At a recent swearing in ceremony of new EKRE government ministers, two of the most notorious members, leader Mart Helme and his son Martin Helme, made the very same gesture, which former Estonian President Toomas Hendrik Ilves quickly identified as a “white power sign.”

Estonian ministers of Finance and Internal Affairs, giving the white power sign at their swearing-in ceremony before Parliament today. pic.twitter.com/VHQAmTW2dv

Le Pen touched down in Tallinn earlier this week as part of the latest stop on her European tour, after having already visited Prague, Sofia and Bratislava in a bid to drum up support for the far-right ahead of the European elections.

After having surged in the polls during March’s general election, Estonia’s far-right EKRE party are now part of a governing three-party coalition in the country’s parliament, the Riigikogu, in which they occupy 19 seats out of 101.

The group has come in for criticism for its hardline anti-immigration stance as well as a series of defamatory remarks towards black people. But Le Pen’s openly pro-Kremlin stance doesn’t bode well with EKRE’s position on Russia, who have been heavily critical of the country’s foreign policy, particularly the 2014 annexation of Crimea.

Seeking to draw divisions between Le Pen and her Estonian hosts, Taavi Rõivas, Estonia’s former prime minister and a leading figure of the liberal Reform Party said earlier this week that Le Pen “is a living example of how Europe’s right-wing populism is also a strongly pro-Kremlin movement.” 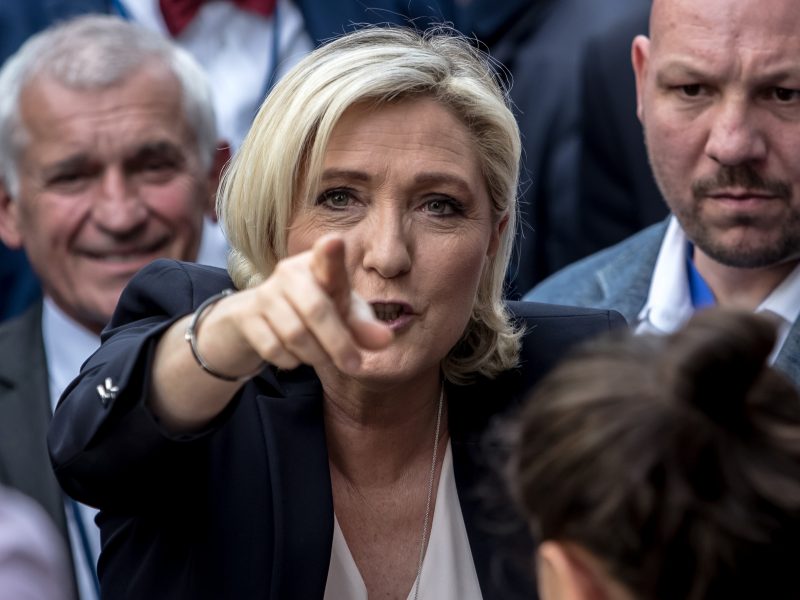 Marine Le Pen, the leader of France’s Rassemblement National (RN), arrives in Tallinn today (14 May) as part of a “European tour” to drum up support for the far-right in the upcoming EU elections.

As to Le Pen’s appearance in Tallinn on Tuesday, Kaljulaid said yesterday she had no idea of the Rassemblement national leader’s trip in advance.

And, while she clearly stands in opposition to Le Pen’s political stance, Estonia would defend the right to freedom of expression in the country, she added.

“They are citizens of the EU, and they have the right to gather and the right to freedom of speech,” she said.