A number of high-ranking centre-left and left-wing politicians across Europe sent a message of unity last weekend, saying that a new pro-EU narrative is needed to face those political forces that reject the EU project.

“We have to cooperate already during the election campaign and post-election,” she told the Athens new agency, EURACTIV’s media partner in Greece.

“We need to work more closely at the national level also in Germany. Here, there are right and far-right forces, which reject our system and damage democracy. At a European level, this is something essential for the elections next year,” she added.

Nahles admitted, though, that this could not happen overnight but it is “feasible”.

SPD also invited to its conference Greek premier Alexis Tsipras (GUE-NGL) but not the Greek socialist party (Pasok), which is the official member of the European Socialist party.

“Social Democracy and the Left have to walk together on the basis of a progressive 21st century project in Europe,” Tsipras said.

“All the progressive forces in Europe, left-wing, socialist, social-democratic, ecological forces must today realise that Europe, our common home, is facing a high risk and so we have to put aside our differences, we must walk together to save our home,” the leftist politician emphasised.

Tsipras explained that in order to do that, the progressives needed to shape a common strategy taking as an example the coalition governments in Portugal and Spain.

Social democracy is not the enemy

“For the first time, the Forum acquires a permanent character and sets the goal of a broad coalition against neoliberalism and far-right,” Syriza MEP Dimitris Papadimoulis told EURACTIV.com.

Sources explained that the election of conservative Manfred Weber as Spitzenkandidat of the European People’s Party (EPP) with the “blessing” of Hungarian Viktor Orbán, alongside the danger of creating bridges with the far-right in Europe “speed-up” the developments on the progressive front.

Gabriele Zimmer, the leader of GUE-NGL in the European Parliament, called on leftist forces in Europe to escape from their isolation and seek cooperation with other progressive forces, in order to achieve majorities and influence decision-making in Europe.

She also emphasised that the enemies of the left are not the social democrats. “We have to criticise them but they are not our enemies. The enemy is the far-right,” she said.

Gysi: A broad coalition against anti-Europeans

Gregor Gysi, the president of the European Left party, noted that there would be room for collaboration after the EU elections.

“It’s an obligation to look this way, otherwise we risk having anti-European or right-wing populists in power after the elections,” he told EURACTIV.

The scenario of a common candidate is not currently “realistic”, he said, adding though that there are intensive talks about a post-election collaboration.

Asked if the European Left will have its own Spitzenkandidat, he replied that at the end of January there would be a final decision, considering that the party is divided over the issue.

“I’m in favour of a common Spitzenkandidat for the European Left but we need to find a good candidate and it’s not easy.”

As far as the Spitzenkandidaten process is concerned, Gysi said there should be no automatic link with the European Commission presidency.

“It’s not like the national level, where the head of the parliament will be the president of the government. I’m sure that CSU wants to see it like this but on an EU level there is not an automatic link.”

Referring to a possible collaboration with a Macron-led group in the next EU House, the German politician did not oppose it.

“I am not talking about a coalition but a broad cooperation against the right-wing populists and extremists and anti-EU forces. It’s needed,” he concluded.

A big question in this discussion is the stance of the EU social democrats, who for a long time formed coalitions across Europe with right-wing forces.

The S&D chief in the EU house, Udo Bullmann, has indeed adopted a pro-left rhetoric, however this is not the case for many socialist politicians at the governmental level.

“Will we continue to insist against the violent austerity that dominates an economic system, which distributes wealth in the wrong direction,” Corbyn told Der Spiegel in an interview.

For Panos Skourletis, secretary-general of leftist Syriza party, what really matters in this debate among the different forces is to realise that they need to walk together to face the rise of extreme-right, which has infiltrated the grass-roots. 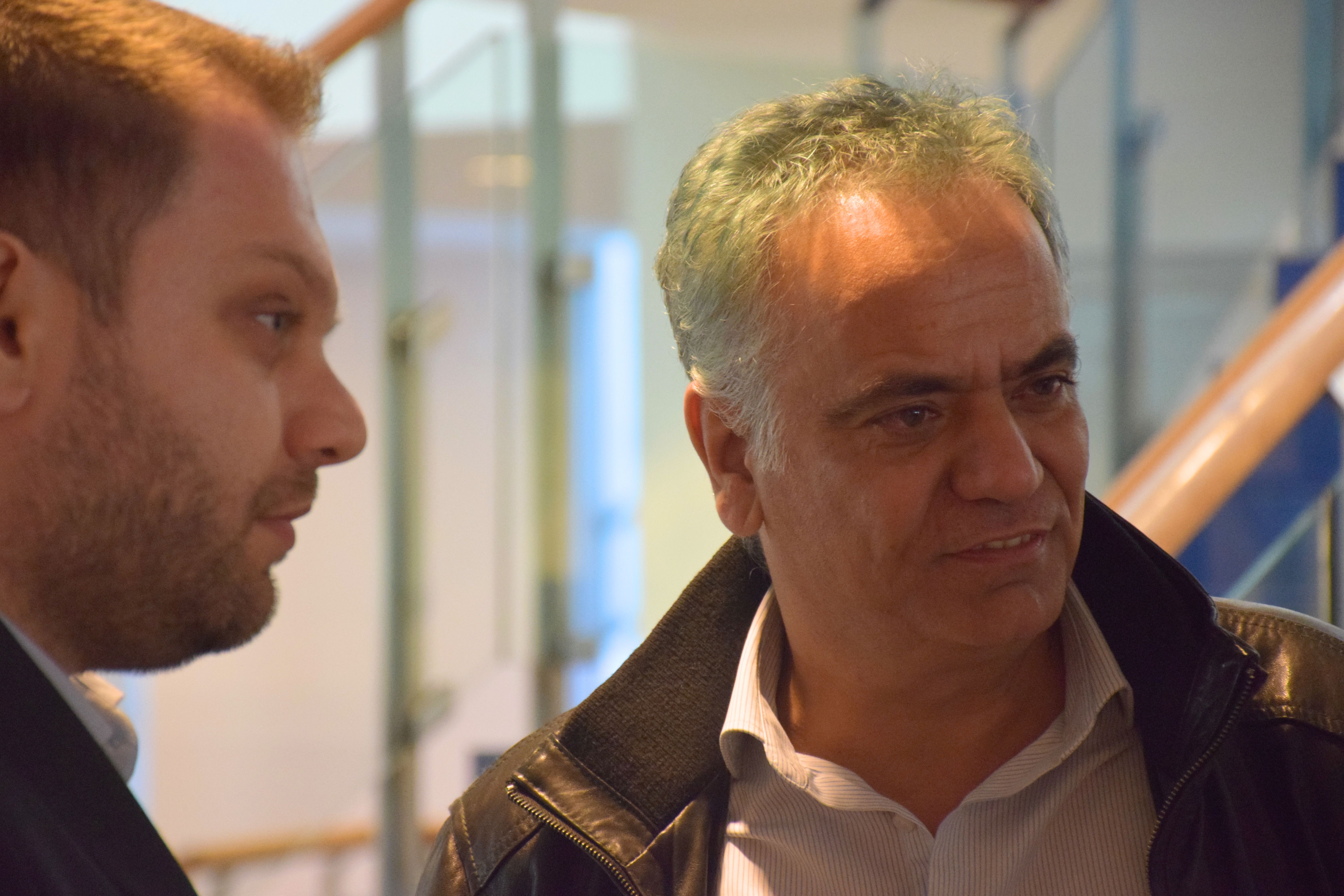 According to Skourletis, it’s high time the European socialists made themselves clear when it comes to neoliberalism. [Sarantis Michalopoulos]

He said a common Spitzenkandidat could be a result of this collaboration but not necessarily the pre-condition.

“The point is to be able to come up with a common strategy for the future of Europe […] A strategy of aggressive nature and not defensive, meaning how we imagine Europe and not how we will resist the extreme-right pressure,” he told EURACTIV.

According to Skourletis, it’s high time the European socialists made themselves clear when it comes to neoliberalism.

“If they don’t do so, they won’t convince people that they have made a turn and now listen to the anxieties of European societies,” the Syriza politician said.

“So we are basically interested in the ‘left’ side of the European social democracy. The ‘right’ one has suffered a mutation over the last few decades because together with the European right they built today’s Europe,” he added.