HDZ scored first in EU elections getting 22.7% of the votes, followed by the Social Democratic Party of Croatia (SDP) which got 18.7%. HDZ ultimately elected 4 MEPs while the initial goal was 5. [EPA-EFE/JULIEN WARNAND]

HDZ scored first in EU elections with 22.7% of the votes, followed by the Social Democratic Party of Croatia (SDP) which got 18.7%. HDZ ultimately elected four MEPs, short of its initial goal of five or even six.

Commenting on the general performance of the EU centre-right (EPP) parties across Europe, former foreign minister  Davor Ivo Stier said: “We can say that this is the result that gives the HDZ and PM Andrej Plenković a good position within the EPP and the European institutions, and I think that’s good for Croatia”.

But on a national level, he said, the result was not good. “It is a bad result that requires a change. We can’t hold parliamentary elections with only 22% or 23% of voter support,” Stier stated, adding that he will personally try to unite a split electorate, which he said was the main reason behind this failure.

Stier said he would not “pull the knives now when the leader slipped” and expressed his support for Plenković to remain the president of the HDZ.

However, he made it clear he stands ready to enter the race ahead of the next party conference in 2020 when a new president will be elected. Another former foreign minister, Miro Kovač, has also said he is mulling running for the post.

Prime Minister Plenković recently said that “anyone who wants to help, should have done so during the EU elections’ campaign”, hinting that the campaign might have been undermined or conducted half-heartedly on the grassroots level.

Several sources close to the president of HDZ confirmed to EURACTIV Croatia that there was “increasing information that some senior party officials organised and put obstacles on the ground”.

“Reports are being collected and analysis will be made. But there is no decision yet as to whether any county or city unit of HDZ will be dissolved,” said HDZ spokesman Zoltan Kabok.

During a meeting last week, Plenković put the blame on everyone else but himself: members of the party and voters who did not acknowledge his work, media and other right-wing parties.

“The right wing and the media are attacking me, and you do not defend me in public as you have defended former presidents,” Plenković told the party leadership.

Referring to those who did not engage in the pre-election campaign, he cited Milijan Brkić, deputy HDZ president and deputy speaker of parliament, known to oppose Plenković’s more moderate approach.

Brkić is considered the informal leader of HDZ’s right-wing faction, which does not fully back Plenković and his policies.

A resounding example was Plenković’s insistence on voting for the Istanbul convention, which was ultimately approved by the Parliament with the help of opposition parties. HDZ lawmakers were free to vote as they saw fit and following the voting process, it was pretty clear that there were some who were against Plenković.

However, at the EU level, the Croatian PM seems to be more trusted.

The Croatian leader and Latvian PM Krišjānis Kariņš have been named the main EPP negotiators in talks with the two other main political groups in the European Parliament, the Social Democrats and the liberals, on the distribution of key EU posts.

Željko Trkanjec contributed to this article. 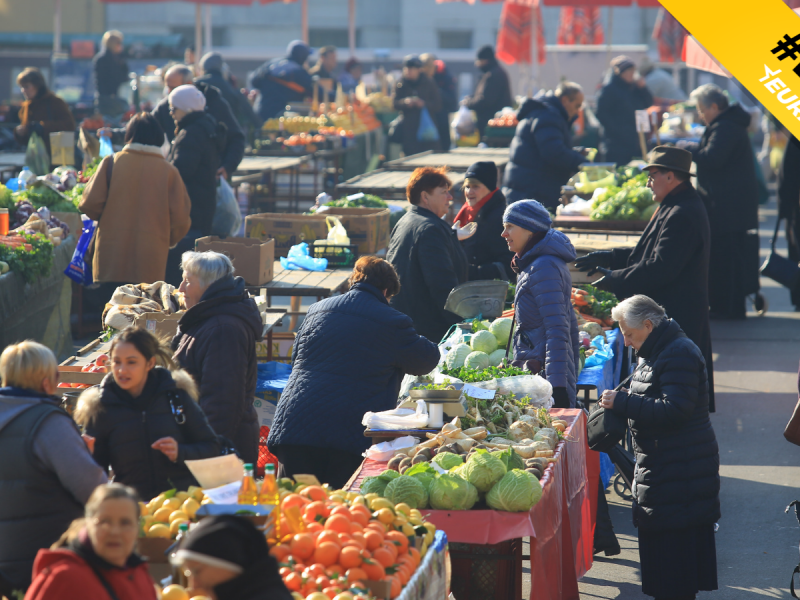 Ever since Croatia joined the EU in July 2013, its membership has been so uneventful that it was almost invisible. Sadly, the same can be said for the EU's presence in Croatia.