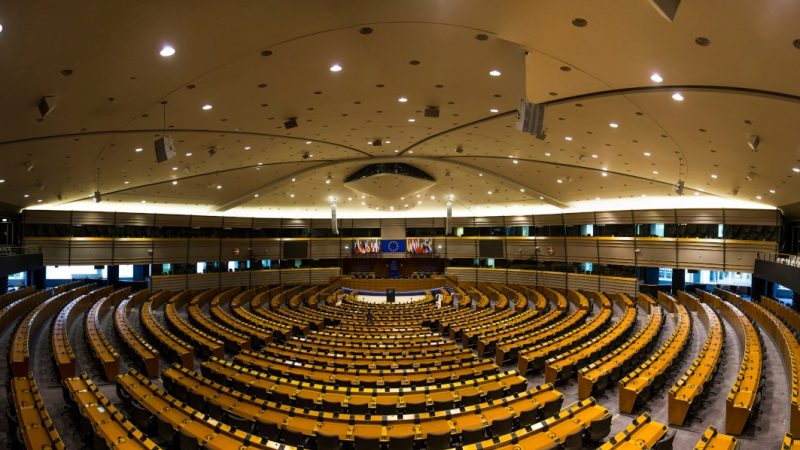 Anti-European forces are likely to become the second largest group in the new European Parliament, regardless of whether the UK participates in the European elections, new projections suggest a month ahead of the polls in May.

The survey carried out by YouGov for the European Council on Foreign Relations (ECFR) think tank in March 2019, explores the likely composition of the European Parliament following the election as well as likely positions of MEPs within the party groups.

According to data collected across 14 member states, the ‘grand coalition’ between the centre-right European People’s Party (EPP) and the Socialists (S&D), will lose its majority for the first time, down to 43%.

Our prediction of the next European Parliament with @simonjhix, @mmarsh_tcd & @sd270 with @ecfr

'Grand coalition' of the Socialists (S&D) & Christian Democrats (EPP) lose their majority for the 1st time. Broader cooperation required in next parliament.https://t.co/aF1I2MWjK0 pic.twitter.com/xfxjO9m62U

But the report sees the possibility of anti-European parties forming the second-largest coalition in the Parliament – with or without UK participation – with three possible overlapping groups: a Left Bloc with 34%, a Right Bloc with 32%, and a bloc composed of anti-EU parties with approximately 35% of the seats.

This would put the Liberals from ALDE plus La République En Marche! (106/106) and/or the Greens (61/52) in a kingmaker position in efforts to form a possible majority in the chamber.

The Left GUE could obtain 55/56 seats in respective scenarios. On the other side of the spectrum stand the three right-wing groups ENF (86/89), ECR (57/51), and EFDD (51/26), although the latter could dissolve after Brexit as it would not meet the criteria to remain a political group for failing to have enough national parties on board.

What speaks against those projections of a Right Bloc between EPP-ECR is, however, the fact that it would mean that many national ruling and opposition parties, who especially in Eastern Europe are strongly antagonistic, would suddenly find themselves in a quasi political alliance on European level with each other.

This would be not only the case with Poland (PiS-PO) and Hungary (Fidesz-KDNP), but also in a range of Western European countries.

Hungarian Prime Minister and Fidesz party leader Viktor Orbán claimed that staying in the EPP would “ensure unity of the conservative forces before the European elections,” adding that it allows to “organise a strong campaign” and the “continued support for Mr Weber as Spitzenkandidat,”. But some don’t believe his discourse.

“However, in the event of a strong performance by far-right anti-immigration parties in the election, Orbán may decide to take Fidesz out of the EPP to work with anti-European forces,” the report suggests.

Asked by EURACTIV earlier this months, several ECR members confirmed that they would consider joining a grouping of Poland’s PiS and Hungary’s Fidesz.

“The answer is very simple, yes we would. Especially, after Orbán has made the declaration that if he is kicked out of the EPP, the first group he would approach is ECR and try to join ECR through the Polish connection. But that remains to be seen, whether he will be kicked out in the end,” ECR co-chairman Ryszard Legutko told EURACTIV.

Such a move “could prompt the parties furthest to the right in the EPP to also splinter off from the group, having decided that it is no longer their natural home,” the report suggests.

In any case, it is likely that the left bloc could turn out to be marginally larger than the right bloc. 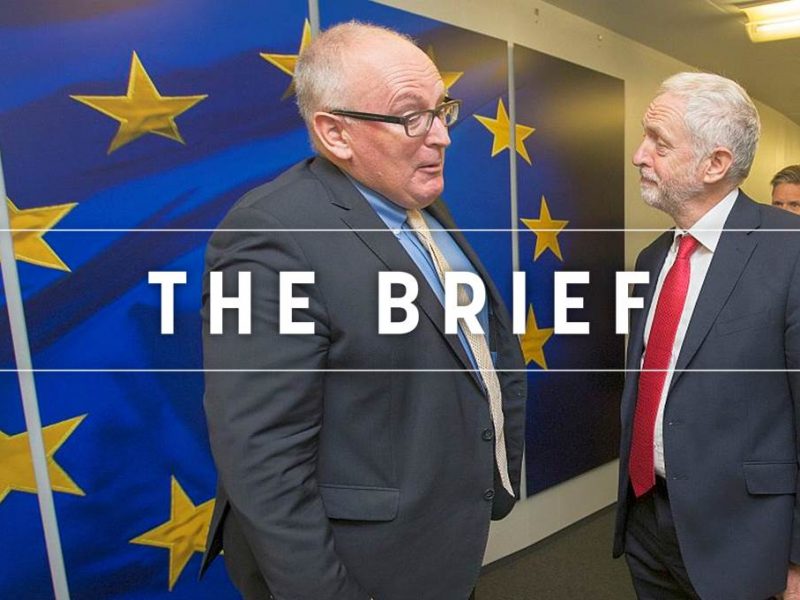 The twists and turns of Brexit never stop. It is now increasingly likely that UK citizens will take part in the European elections in May, and might even play a decisive role.

If the EU elections were held with the UK participating, …

However, it argues that such a scenario could risk convincing anti-European parties that the EU is irreformable fueling the strong forecasts for the newly-formed Brexit Party with the argument that “the UK wanted to leave the club and was not allowed to do so.”

This is supported by pan-European ECFR/YouGov polling which has found that three-quarters of Europeans believe that their national system or the European system – or both – are seen as broken.

In addition, the ECFR report also examined the post-electoral positions of MEPs within party groups being on average “marginally more right-wing and marginally less positive about the EU.”

“Everything will depend on the coalitions that mainstream parties form between one another, and on how they work to disrupt the formation of anti-European coalitions in the next parliament,” the report states and suggests that pro-European parties “need to think beyond traditional political families.”

In its conclusion, the report suggests that in any case the changed political landscape will force mainstream parties to portray themselves as symbols of change to contrast anti-European parties defending the status quo in Europe.

“A European Parliament that is finely balanced between anti-Europeans and divided pro-European forces presents a real risk of paralysis at the centre of the EU,” Susi Dennison, Senior Policy Fellow and Director of the ECFR’s European Power programme, said upon presentation of the report.

“This places a real premium on co-operation beyond the traditional political groups and looking for issues – like climate, like building the EU up as a global actor- where they can find common ground and where voters are desperate to see results at a European level.”