Poland managed to stave off the worst of the financial crisis thanks to EU funding and was one of the few member states whose GDP did not immediately contract. [Shutterstock]

European funds were one of the factors that helped Poland avoid the serious effects of the financial crisis. Negotiations on the new seven-year financial framework have already begun in the European Parliament. The outcome could have a major effect on how Poles vote in next May’s elections.

The vast majority of Poles – 87% in fact – think that their country’s membership in the European Union is beneficial. This is much higher than the EU average of 62%, according to the latest Eurobarometer survey.

The people who appreciate EU membership tend to point to the economic benefits that it brings. 46% of respondents said that EU membership is beneficial for Polish economic development, 42% add that European integration has opened up new professional opportunities for Poles.

Some 36% see an improvement in the quality of their lives. It is not surprising then that if there was a referendum on Poland’s membership in the EU now – 71% of Poles would vote for staying in. Only 11% would be against it.

This is one of many studies showing that Poles are among the strongest euro-enthusiasts across the EU. This is largely due to the volume of European funds that have been flowing into the country – even before its accession to the EU. Poland is, among others, the largest beneficiary of cohesion policy in the entire Union.

As has recently been reported by the Polish Ministry of Finance, the net settlement balance between Poland and the EU budget exceeded €100 billion in June. €150.2 billion came from the EU budget, while Polish contributions amounted to €49.3 billion. Only €169 million had to be returned to the EU budget.

When the financial crisis hit almost all member states in 2008, Poland was for a moment the only country in the EU whose GDP did not shrink. The state managed to avoid a serious recession, and the government at the time described it as a “green island” (of economic growth).

Domestic demand remained at a high level. Poles did not get scared and did not limit their consumption. Having a domestic currency and maintaining its low exchange rate supported export. But European funds that fed the economy also played a role.

Jan Olbrycht, an EPP member of the European Parliament’s Budget Committee, sees three main elements of the impact that EU funds have had on Poland.

“Secondly, there is an element of leverage. If public funding is involved in any investment, and also coming from an external budget, then the credibility of the enterprise rises. MEPs from more developed states, which are net contributors, also point it out. European funds can open many different doors,” said Olbrycht.

There is one more element, he added,  “the fact that European funds carry instruments for planning, evaluating or controlling expenditure”.

“They changed how the public administration works and how it conducts investments or controls the implementation. And this is just as important as the investments themselves. We have seen a great improvement in this area in recent years. It was very useful to us,” he stressed.

Another Polish MEP who sits on the Committee, Zbigniew Kuźmiuk (PiS, ECR), also sees the very positive effect that EU funds have had on the Polish economy. However, he does not see this as a significant cause of Polish resistance to the financial crisis.

“All countries received the European funds then. Most helpful to us was the fact that we were not a eurozone member. Our currency was our shock absorber. At that time, export was an engine of the Polish economy,” explained Kuźmiuk.

“But the impact of European funds is huge. Thanks to them, we are making up for infrastructural backwardness and we are protecting the environment better. The ministry of investment and development published last year an analysis of the impact of EU funds on, for example, the GDP. It was at least 0.5 percentage point each year,”  he said. 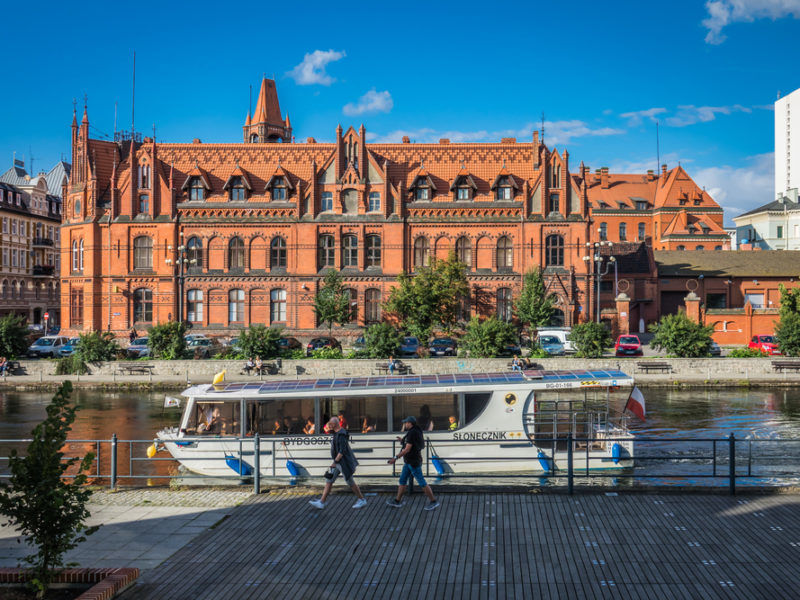 Cohesion policy makes up 61.17% of all Polish public investment, one of the highest rates in the EU. It is topped only by Portugal, Croatia and Lithuania, according to a European Commission report that highlighted cohesion funds as a major investment driver in many EU regions.

Data obtained from the ministry show some other things as well. The difference in GDP per capita between Poland and the EU average decreased in 2004-2016 by 21 percentage points. The greatest contribution to this was made by cohesion policy. Thanks to the implementation of investments co-financed by the EU, it was possible to create up to 600,000 new jobs. The unemployment rate fell and labour productivity increased.

“This money has an equally positive impact on the economies of western European countries. These countries are net payers, but the economic benefits are felt anyway. In this sense, they are also recipients. For every euro paid to the EU budget, they gain 80 eurocents. Taking into consideration the whole economy, they are also the beneficiaries of these funds,” he said.

Zbigniew Kuźmiuk, however, sees dangers in the current proposals to change the method of allocating European funds in the new Multiannual Financial Framework for 2021-2027.

“The emphasis will be more on innovation, new technologies and climate issues. Meanwhile, the countries of our region still have gaps in infrastructure. Both in hard and social infrastructure,” said the MEP.

The work on shaping the EU funding after 2020 is ongoing and will only enter the decisive phase next year. But it seems likely that this will be the most difficult EU budget negotiation in recent memory.

At the beginning of May, the European Commission presented its proposal, which would allocate €442 billion to the implementation of cohesion policy, including €372 billion for spending on social, economic and territorial cohesion.

The division into national envelopes has not yet been agreed but according to the calculations of the ministry of investment and development, in the case of Poland, the cuts could reach 10% compared to the current financial framework. The main reasons for the cuts are Brexit and the need to find money for new challenges, such as security or migration.

The European Parliament is putting strong conditions on the shape of the future budget. In the negotiating position adopted in March, MEPs demanded an increase in the contributions of the member states. Today it is 1% of GDP and the EP calls for 1.3% of GDP. The European Commission proposes the so-called variant 1.1x, i.e. contributions from 1.11 to 1.19% GDP. However, many member states would prefer to stay at 1%.

Negotiations should be completed before the European elections in May 2019, although it is far from clear if this deadline will be met. The final settlement promises to have a major effect on how Poles approach the ballot box.