“The Rassemblement National (RN) is still in the lead”, the Le Figaro newspaper has announced, while RTL stated that “RN is widening the gap with LREM”.

For anyone reading stories about the European elections published by the French media in the last three days, RN appears to clearly have the most support ahead of election day on Sunday (26 May).

French politicians are also highlighting the possibility of such an outcome. “If nationalism, supported by Marine Le Pen, prevails on May 26, it will be serious for the situation of our finances, (…) for the stability of the euro,” Finance Minister Bruno Le Maire told BFM TV, one of France’s 24-hour networks.

LREM candidates in the European elections are also trying to dramatise the surge of Rassemblement National and its risks.

Both parties are getting close, but LREM continues to be in the lead

However, if we take a closer look at the figures, the idea that the RN is in pole position is actually something of a myth.

Admittedly, some polls see RN as coming out on top: this is normal given that the party has two out of five chances to come first.

But because those polls are different from previous ones, and are therefore considered new compared to those who give LREM the lead, the media tend to cover these polls more than others: one of the perks of novelty.

Thus, a poll published on Monday (20 May) that indicated RN and LREM being neck and neck, received very little media coverage.

In fact, if we aggregate all the polls, as does EURACTIV’s partner PollsPosition, LREM does not appear to be facing any difficulties in the polls: its median support seems stable at around 22.5%, just like RN’s, which is at 21.5%.

“Saying that the polls are predicting RN to be the winner is just a talking point,” said Alexandre Andorra, who created the PollsPosition site.

So no, the polls are not predicting RN to be the winner and statistically, LREM is actually more likely to win. Yet, support for both parties is increasingly close.

This is where polls lose credibility since there will always be a margin of error when it comes to statistics.

However, what remains certain, is that both parties should have about 21 elected representatives in the next European Parliament. Whatever the outcome, it will not prevent either of them from claiming victory. 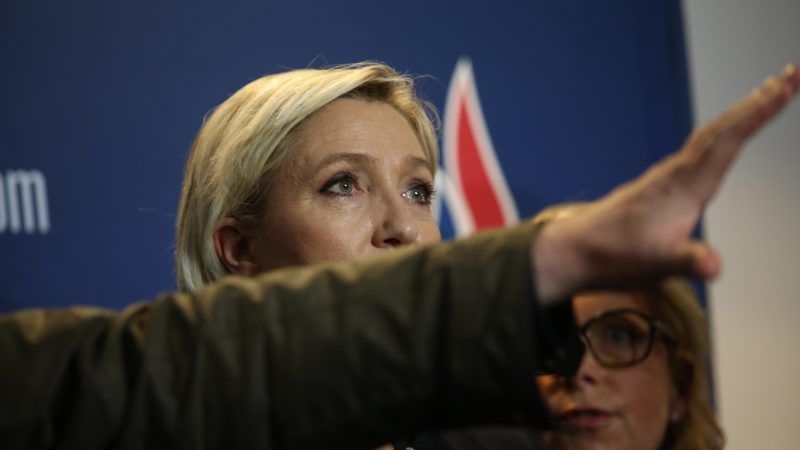 Considered the favourite for the European elections in the autumn polls, the far-right Rassemblement National party of Marine Le Pen is now predicted to finish in second place with 20% of voting intentions, behind Emmanuel Macron’s La République En Marche. EURACTIV France reports.