As the European elections are approaching, EURACTIV and its partners take a closer look at what candidates and their parties are saying ahead of the polls to help you separate facts from fiction.

Fight for the enforcement of equal minimum wages and pensions for all countries in the EU is one of the big promises the Bulgarian Socialist Party (BSP) made to its voters for the forthcoming European elections. EUelectionsBulgaria.com examines whether the promises correspond to economic reality.

The commitment was made by the leader of the BSP election list, Elena Yoncheva, to the citizens of Varna, the third largest Bulgarian city, on 11 May.

BSP will fight for a Europe-wide minimum wage and pension, economic development, and will fight against youth unemployment, and the demographic catastrophe that hits Bulgaria, Yoncheva said, as quoted by the BSP press centre.

However, checks by this website show that Yoncheva’s promise about an EU-wide minimum wage and pension cannot be kept: it is misleading the voters and is not part of the EU debate.

Earlier in May, European Commission First Vice-president and lead candidate of the Party of European Socialists (PES) for the new Commission president, Frans Timmermans, called on the EU countries to introduce a European minimum wage standard.

He made clear that this is not a common European minimum wage that would artificially equalize the standard of living in the member states.

The European debate is about introducing a common standard for the minimum wage, which is 60% of the average wage in the country.

This idea of ​​the group of Socialists and Democrats in the European Parliament has been discussed in the EU for several years.

Timmermans is, in fact, putting pressure on the six EU members without an official minimum, namely Austria, Cyprus, Denmark, Finland, Italy and Sweden.

Opponents of the minimum wage see the policy as dragging down competitiveness and sovereignty, as well as levelling down salaries – some sort of a race to the bottom.

For example, the gross average salary in Bulgaria is €616.

At present, the minimum wage in the EU countries that have similar living standards to Bulgaria (Latvia and Romania) is approximately €440.

What can be concluded?

The BSP promise is creating false expectations for voters. The introduction of a minimum wage across the EU cannot level the standard of living in Bulgaria and the countries with a more developed economy.

Predictably, the highest minimum wages are in Luxembourg – just over €2,000.

In the richest EU countries, the minimum wage varies from €1,100 to €1,680. Citizens of these countries would not support the introduction of an equal minimum wage standard, if such an idea was ever to be discussed at EU level.

That would bring them closer to the poorer countries, where the normal salary is two times lower than their minimum wage.

The same economic logic applies to pensions. From the summer of 2019, the average pension in Bulgaria will be €200.

Doubling the average pension to €400 would cost Bulgaria about 18% of its GDP, which could well lead the state to bankruptcy. 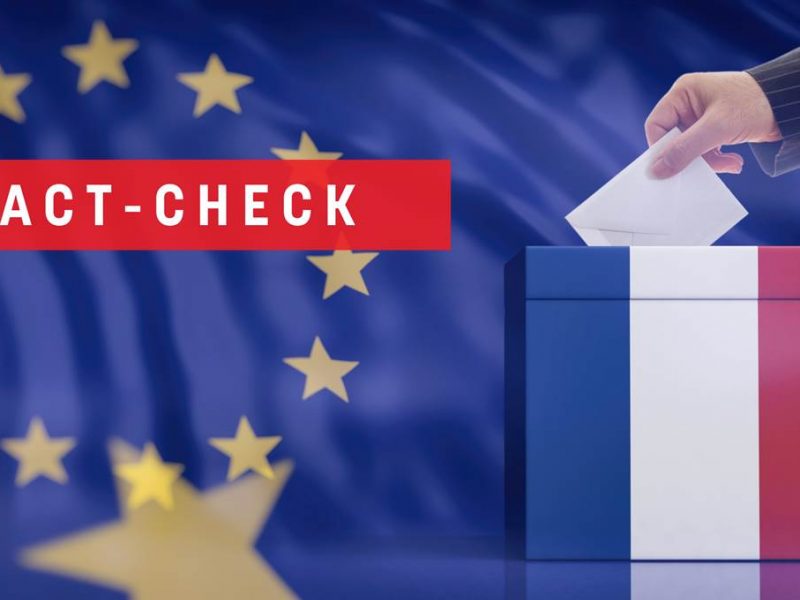 With his Renaissance list, France's Emmanuel Macron aims to shake up the …