The six candidates exchanged views during an hour-and-a-half debate in English, with the exception of Cué, who spoke in French.

Highlights included proposals to establish a common minimum wage and a corporate tax in Europe, raising efforts to cut carbon emissions, how to combine stronger border controls with solidarity, and using trade as a lever to improve working conditions in Europe.

In an otherwise dry European election campaign, last night’s exchanges were marked by the first skirmishes over climate change and employment policies.

In reaction to widespread street protests, climate change for the first time tops the agenda of the European election campaign. The main question debated by the candidates yesterday evening was no longer if but how to tackle global warming.

With the exception of Zarhadil, all candidates signed up to the European Commission’s proposed objective of cutting carbon emissions to net-zero by 2050. But they differed sharply over how to get there.

Timmermans was the most outspoken on the matter, calling for a tax on kerosene and a CO2 tax applicable across the entire European economy. The socialist candidate also called for a progressive coalition “from Tsipras, all the way to Macron,” to make sure climate change is featured at the top of the next Commission’s agenda.

After months of hesitation, Weber confirmed his support for a carbon neutrality objective for 2050, saying “that’s our common goal”. He insisted however on the need to preserve jobs and warned about the risk of de-industrialisation if green policies are implemented without consideration for the economy.

That prompted an immediate reaction from Keller and Timmermans who denounced the EPP’s systematic opposition to  more ambitious climate policies during the current European Parliament legislature. “Do you know what is really going to hurt? If we do nothing,” Timmermans replied.

Weber tried to deflect attacks by stressing the need for the next Commission to lead the global fight on climate change. “Start in Europe, for god’s sake!,” Cué responded. 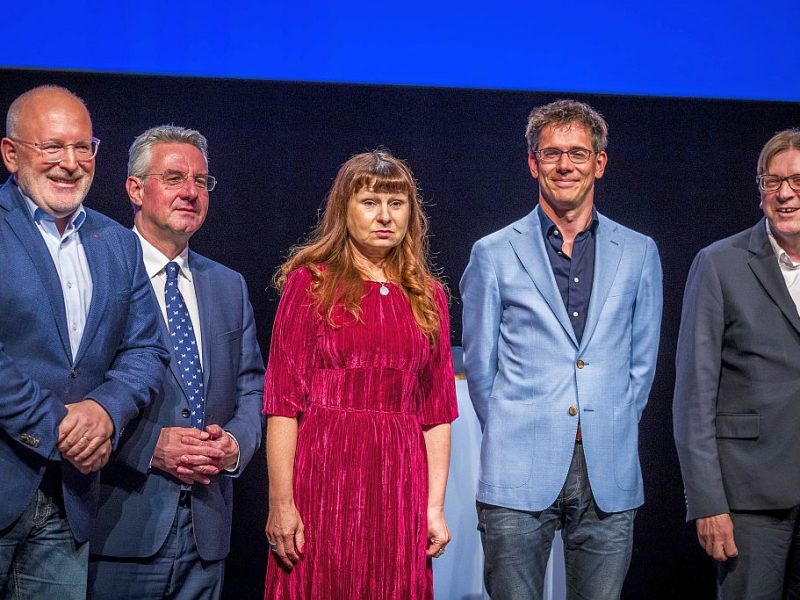 Climate change was not the only issue that heated up debates. While the European economy has broadly recovered from the 2008 financial crisis, unemployment remains stubbornly high, especially in southern Europe.

This last proposal was echoed by the Greens, the Left and even the Liberal candidates.  “We need a minimum wage worth getting up for in the morning,” Cué said.

For Weber, however, the response is not a minimum wage but “good economic policy, infrastructure, research and trade together with the establishment of an even stronger single market.”

The EPP candidate praised current Commission president Jean-Claude Juncker for his job in stabilising the European economy and confronted Timmermans with the fact that some of those at the head of the institutions that imposed austerity are socialists.

Timmermans, Keller and Vestager again found common ground on the need to establish a common European corporate tax and to push forward a proposed tax on digital giants.

Member state opposition on the matter remains a major stumbling block, however. And Jan Zahradil stood up as their main advocate. “I believe that states have the right to tax businesses. European Union is not a state,” he insisted.

In an otherwise rather pro-European debate, Zahradil was the only one to struck a resolutely nationalist note, calling for a “scaled-back, flexible, decentralised” Europe that supports national policies rather than imposes new ones. 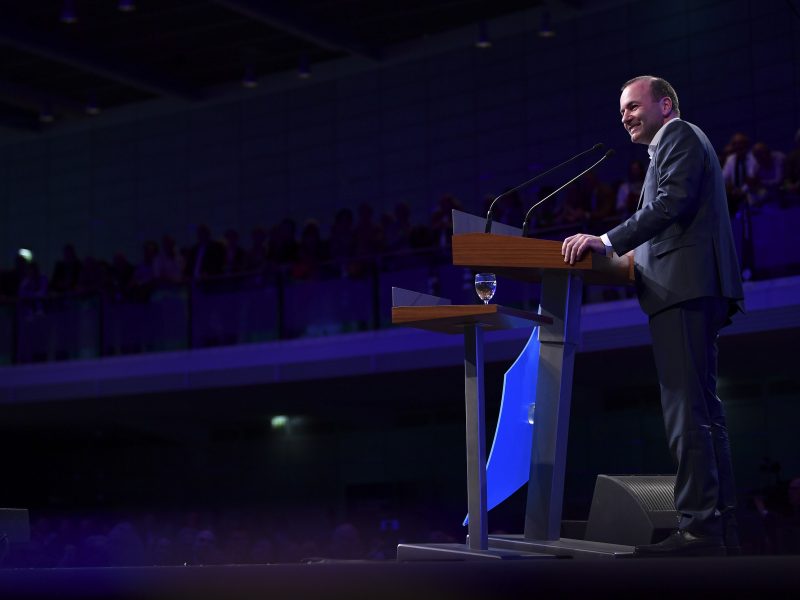 Judging by the rounds of applause they got, probably Frans Timmermans, Margrethe Vestager and Ska Keller would be the winners on the night.

But if the opinion polls are right about voter intentions and the Spitzenkandidaten system is respected by EU heads of states (which is unlikely), then it is Manfred Weber who is set to become the next Commission president.

However, despite visible efforts to keep a smiling face, the German conservative appeared nervous during the debate, and lacked energy compared to his main opponent, Frans Timmermans.

Cué was no better, seeming out of place most of the time. A national trade unionist, he indeed has no experience of the EU political system.

However, by speaking his own language – French – and sharing his personal story, he also gave a human face to the debate. Cué is a Belgian trade unionist born of Spanish parents who fled fascism in the country. “It is this solidarity [in Europe] I want to create,” he said.

Vestager, who also participated in a debate with the other candidates for the first time, appeared much more comfortable with the format. Although a bit hesitant at the beginning, she quickly found her feet.

One of the quotes of the night can be attributed to her. Dodging a question about whether the Netherlands, Ireland, Belgium, Luxembourg or Malta are tax havens, she claimed: ”For me, a tax heaven is a place where everybody pays taxes.”

The candidates concluded by calling on the potential 427 million European voters to go to the polls “so that no-one else decides for you.” Either for the ‘Europe of the fresh start,’ Weber defends; for the hope, Keller wants to inspire, or the gender balance Vestager is expected to bring.

The main absent in the debate were far-right and populist movements that are expected to make a strong showing at the election. Timmermans, who took part of the blame for the rise of nationalist parties, said voters had learnt their lessons with Brexit.

After all, he said, “the United Kingdom looks today like Game of Thrones on steroids”.