“All the options are still on the table,” vice-president of the European Parliament and Five Star lawmaker Fabio Massimo Castaldo told reporters on Thursday (6 June), when asked about the uncertain future of the anti-establishment party.

However, not all options are getting equal consideration, as Castaldo himself ruled out the possibility of joining the nationalist group of Matteo Salvini and Marine Le Pen earlier this week.

Before the elections, Five Star leader Luigi Di Maio tried to form a coalition around a 10-point manifesto signed in Rome with five other parties in mid-February.

But only Croatian populist party Živi zid managed to get a seat in the new Parliament, while the other four signatories failed to break through the electoral threshold. 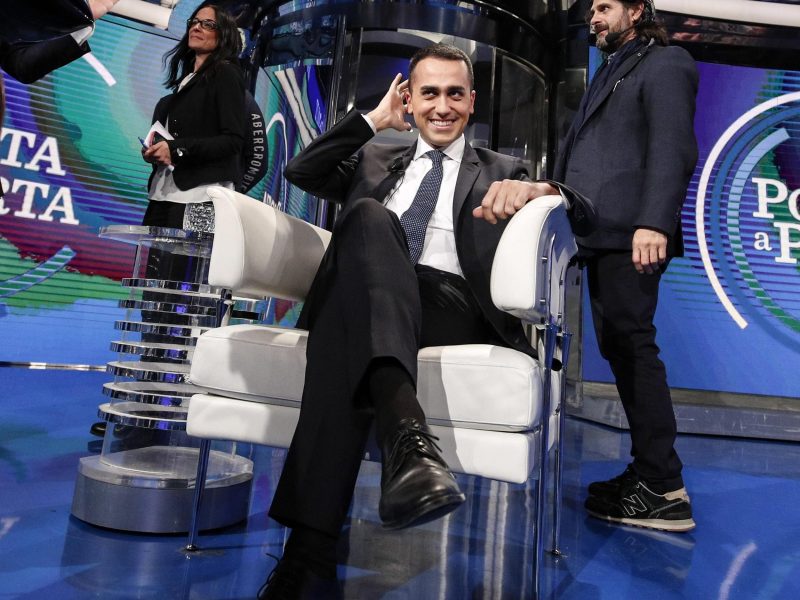 Promoting direct democracy and reducing overspending in politics are among the priorities that the new political group will promote in a manifesto to be published in the run-up to the 2019 European elections.

The clock is ticking and the party is carrying on talks to avoid what could be a real disaster, as the large Five Star delegation could be doomed to political irrelevance and, above all, to less funding if no alliances are brokered.

Indeed, when it comes to the distribution of MEP appropriations, non-attached members are only entitled to 60% of the average that normal lawmakers would get, as Parliament’s budget is distributed among political groups, mostly in proportion to the number of seats obtained by each group.

They currently also have a reduced budget per person for information and political activities, such as seminars, travel costs for conferences, guests, webmasters and leaflets.

A political group must consist of at least 25 MEPs, elected in at least one-quarter of the member states in order to be classed as such.

Five Star Movement wanted that new group “to tip the balance in Europe”, but at the moment it would be better off reviving its old group, the Europe of Freedom and Direct Democracy (EFDD).

EFDD has lost most of its members, as MEP from parties like the Czech Svobodní, the French Les Patriotes, Lithuanian Order and Justice and the Polish KORWiN failed to be reelected.

Farage’s Brexit Party took over the legacy of EFDD member UKIP and could help Five Star build or rebuild a group, but the new label explicitly mentioning Brexit might have become an unbearable burden for the Italians, who are reluctant to revive the old alliance since Brexiteer MEPs are supposedly only sticking around for a few months.

Farage is understood to be willing to team up with Di Maio’s brigade in order to be appointed again as a group leader and have a platform to address the EU assembly.

For the moment, he has ruled out joining the new nationalist group that will arise out of the ashes of ENF group, but he will consider an offer by Salvini and Le Pen if EFDD do not manage to reform a group.

Yesterday a rumour started to spread about Five Star opening talks with the conservative group, promptly denied by an ECR source as “speculation, fake news”. “This is not true, they’re quite to the left and we look at the right,” the source confirmed to EURACTIV.

The Greens are seen as a potential natural partner for Five Star , which was praised by NGOs in the recent Climate Action Network (CAN) report as the most environmentalists Italian party during the last term of the Parliament.

But the Greens are keeping the door shut to a formal alliance with Five Star for now. “We would only accept individuals who would leave the party as Marco Affronte did during the last mandate,” said a Greens source.

EURACTIV also asked all the other groups if they had contact or are considering to let the 14 Five Star MEPs in, receiving negative replies from the socialists, liberals and the European People’s Party (EPP).

Guy Verhofstadt’s ALDE group infamously tried to court Five Star in early 2017 but the former Belgian PM’s overtures were not sufficient to convince the rest of ALDE, which nixed the proposed tie-up. Verhofstadt later admitted that approaching Five Star had been “a mistake”.

The Liberals in the European Parliament have turned down a request from the anti-establishment 5 Star Movement to join their group, putting Italy’s second-largest party in an awkward position as it had already left its former partners.

A GUE/NGL spokesperson said that they did not receive any official proposal and neither have informal talks begun.

“So far since the elections, two new parties have requested to join the group: Belgian PTB and Danish Red-Green Alliance. Both requests were approved,” he said.

French MEP Nicolas Bay for the nationalists’ group that will replace ENF said that many political differences with Five Star preclude an alliance.