Adamowicz was attacked while attending the annual Great Orchestra of Christmas charity, a fundraiser where volunteers collect money for medical equipment in hospitals. 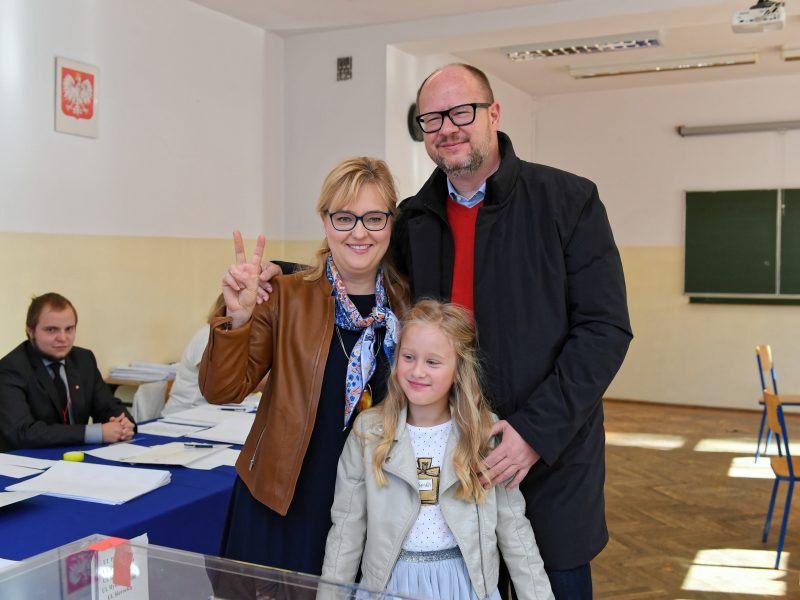 The mayor of the Polish city of Gdańsk, Paweł Adamowicz, was stabbed on Sunday (13 January).

Television footage showed a man screaming “Adamowicz is dead!” as he rushed the stage and stabbed the mayor, who crumpled to the floor.

Speaking on the stage before he was arrested, the man accused the mayor’s former party of putting him in prison and said he was tortured.

The attacker has been identified by Polish authorities as a 27-year-old named Stefan. His full name has so far been withheld.

The charges against the attacker should be changed from attempted murder to murder, said a spokeswoman for the Gdansk prosecutor’s office after Adamowicz’s death, according to PAP.

Politicians across the political spectrum in Poland condemned the stabbing, including members of the ruling nationalist Law and Justice Party (PiS), such as Prime Minister Mateusz Morawiecki and Interior Minister Joachim Brudzinski. Adamowicz was an outspoken opponent of PiS.

“I’m expressing great pain for the tragic death due to the criminal attack on mayor Paweł Adamowicz. We express solidarity with his family,” Jarosław Kaczyński, the country’s ruling party leader was quoted as saying in a tweet from the party spokeswoman.

Polish President Andrzej Duda will meet with political party leaders on Monday to organize a march against violence and hatred in the wake of the attack.

Adamowicz stood out for his initiatives to encourage migrants to seek refuge in the northern Polish city, and for his support of a protest campaign defending the rule of law in Poland against PiS efforts to increase its control over the judiciary and other bodies.

Adamowicz was one of Poland’s longest-serving mayors, holding his position in Gdansk since 1998. In the 2018 regional election, he won 65% of votes.

Paweł Adamowicz, Mayor of Gdańsk, a man of Solidarity and freedom, a European, my good friend, has been murdered. May he rest in peace.

Devastated by the death of Paveł Adamowicz. Such senseless violence. My thoughts and prayers are with his loved ones and friends. Gdańsk, Poland and Europe will miss him.

Journalist Wojciech Przybylski tweeted that the PiS-led government hastily proposes to unify positions on hate speech with the opposition. “However, general public remembers that PiS has often ignored death threats to opposition members and often incentivised or used hate speech”, he wrote.

Indeed, the PiS-led government has tolerated demonstrations in which mock-up figures of opposition MEPs have been hanging on gallows.

Poland probes pictures of MEPs 'on gallows' at far-right demonstration

Poland’s justice minister announced an investigation on Monday (27 November) after mocked-up pictures of opposition MEPs allegedly hanging on gallows were unfurled at a far-right demonstration on Saturday.

On another occasion, Adolf Hitler’s 128th birthday was celebrated in a Polish forest in April 2017 by sympathisers dressed in Nazi uniforms.

Deeply saddened by the tragic passing of @AdamowiczPawel who was brutally attacked yesterday. Our thoughts are with his family and friends and we stand in solidarity with the people of #Gdańsk.

Devastated about the assassination of Gdańsk mayor Paweł Adamowicz. Our thoughts are with his family and friends. RIP. ⚫️????

Devastating loss for the people of Gdansk, for Mayor Adamowicz’s friends and family and for all of us who value public service, progressive politics and open, accessible democracy. London’s thoughts, prayers and solidarity are with Gdansk on this sad day. https://t.co/LYVNDN6eHN