Its declared goal is to counter the “neoliberal policies” of Chancellor Angela Merkel’s centrist coalition government and fight for secure jobs and pensions, environmental protection, and “a true democracy not ruled by banks, corporations and lobbyists”.

Its founders hope to energise and unite in a grassroots movement followers of Germany’s three leftist parties, but also win back disenchanted working-class voters who have drifted to the far-right Alternative for Germany (AfD).

The project is the brainchild of Sahra Wagenknecht, 49, of the far-left Die Linke party and her husband Oskar Lafontaine, 74, a firebrand socialist, ex-finance minister and defector from the centre-left Social Democrats (SPD).

Wagenknecht, who will present the project at a Berlin press conference (0830 GMT), hails from the former communist East Germany. She is a polarising TV talk show star, known as rhetorically brilliant but sometimes awkward with voters.

She has courted controversy by frequently criticising the European Union and defending Vladimir Putin’s Russia.

She has also broken with the left’s traditional orthodoxy on immigration by arguing that “economic immigrants” take jobs from low-income Germans and strain public services — a position closer to the far right.

However, unlike the anti-Islam AfD, she has not railed against immigrants and refugees in general and defends Germany’s asylum law, especially for those escaping persecution and human rights abuses in their homeland.

“The idea of ‘open borders for all’ is unrealistic,” she explained in a recent interview.

“If the core concern of leftist politics is to represent the disadvantaged, then the no-borders position is the opposite of being on the left.”

Because “Stand up” is, at least initially, a movement rather than a registered political party, anyone can join, also including the left-leaning environmentalist Greens.

Its website launched in mid-August cites reggae singer Bob Marley’s chant “get up, stand up!” and declares boldly that “no politician, no party will solve our problems if we don’t do it ourselves”.

Bob Marley – Get Up Stand Up https://t.co/p0vajJ3iK0 via @YouTube

Unsurprisingly, the leaders of the three leftist parties all reject the Wagenknecht-Lafontaine plan, and opinion is split on its aims and chances of success.

Some commentators see it as a long-overdue alliance of leftist forces who have lost votes and self-confidence during the 13-year reign of Merkel, sometimes dubbed the “eternal chancellor”.

News weekly Der Spiegel said that, after populist anger over immigration swept the AfD into parliament last year, “it is high time to launch a movement of rallying the left”.

But the harshest critics see it as a self-serving stunt by a prominent and divisive leftist power couple that will further split and weaken the left.

Linke chairman Bernd Riexinger, pointing to recent neo-Nazi attacks against immigrants, said that “especially in times when the brown mob is once more hunting people in the streets, the left must demonstrate unity and a clear line against the right”.

The idea of a German cross-party leftist alliance has repeatedly come up and been dismissed — in large part because of Die Linke’s uncompromising hard-left positions, such as wanting to abolish NATO.

This has prevented a so-called “red-red-green” coalition government even in years when the three parties had a collective majority of parliamentary seats.

In last year’s elections, which saw the shock entry of the far-right AfD into the Bundestag, combined support for the left parties dropped below 40%. 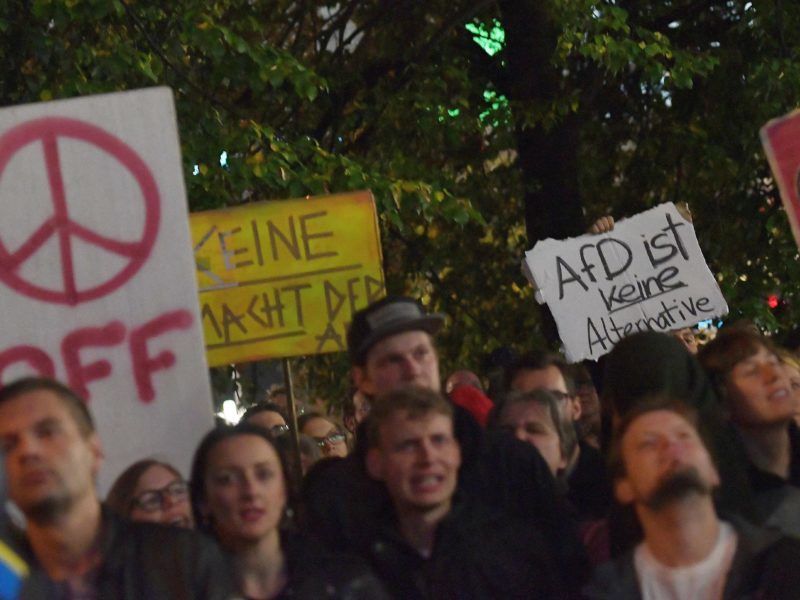 Also at the Berlin launch of “Stand Up” on Tuesday will be the SPD’s Simone Lange, who ran as a relative unknown for the party’s secretary general and scored a surprise 27.6% of votes, seen as an expression of discontent within the party.

The over 150-year-old SPD, the working man’s party, saw mass desertions after the tough labour and social reforms of previous chancellor Gerhard Schröder, and is now polling below 20%.