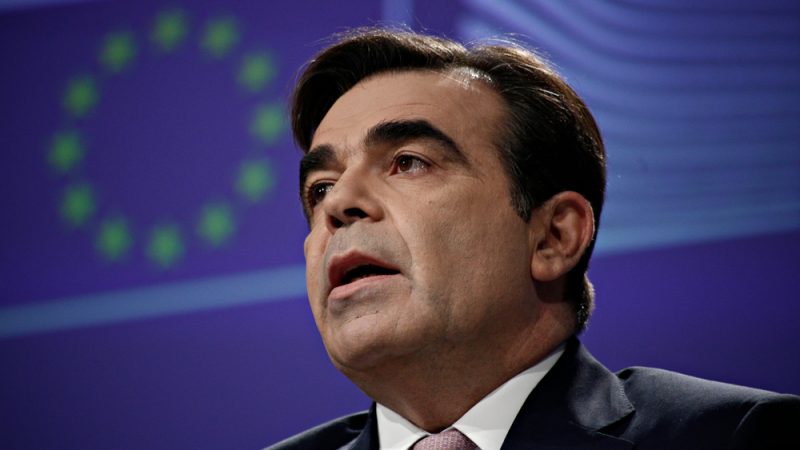 EURACTIV.com wrote on 16 July in The Capitals that many in the government also see Margaritis Schinas in positive light. [Shutterstock]

Margaritis Schinas will succeed Dimitris Avramopoulos as Greece’s representative in the European Commission, but he is not likely to take over the migration portfolio, as former premier Alexis Tsipras negotiated at the last EU Council.

According to a statement, Mitsotakis will communicate his decision within the day to the new EU Commission chief Ursula von der Leyen.

Greek media reported in the last days that the main candidate was former PM Antonis Samaras, who was believed to be able to secure a high profile portfolio and a vice presidency.

However, EURACTIV.com wrote in The Capitals on 16 July that many in the government also see Margaritis Schinas in a positive light.

Sources said Samaras chances were limited after Manfred Weber’s failure to get the EU executive’s leadership, while Schinas is the “right man” to represent Greek interests in an “environment familiar for him”.

Syriza MEP and Vice-President of the European Parliament, Dimitris Papadimoulis, commented: “No one supports Samaras’s opposition to the North Macedonia name change deal and the outcome is that neither Weber nor Samaras were elected,” Papadimoulis added.

Samaras has been a hardliner against the name change deal reached between Athens and Skopje. Sources said Schinas will be able to “restore” some “misperceptions” about the Greek government in Brussels.

The Commission has arguably never had a spokesperson chief with a political track record similar to Schinas’, who also served, although for a short time, as an MEP for New Democracy.

Schinas is perhaps not widely liked by the journalistic community, but he is certainly a pro-European person who knows all dossiers and can guarantee a blunder-free service as a member of the Commission he has served so well.

The nomination of Schinas, however, is going to complicate things for von der Leynen, because it is making it more difficult to make good on her promise to have a perfectly gender-balanced Commission.