Germany’s Greens (die Grünen) want to stabilise their steep rise in popularity and formulate new basic principles. What do they want to do differently? Read a point-by-point explanation by EURACTIV Germany’s media partner Der Tagesspiegel.

The Green party has changed radically from the early 1980s when they were considered the bogeymen of the middle classes.

On Friday (29 March), party leaders Annalena Baerbock and Robert Habeck presented their first progress report. One thing is clear: in the future, the Greens, as the ‘alliance party’, will be eager to act as a connector for many social currents.

What do the Greens mean by the term ‘alliance party’?

Since the Greens overtook the Social Democrats (SPD) in national polls, there has been  discussion of a ‘new people’s party’ – like in 2011, when the party gained a lot of traction in the polls following the Fukushima catastrophe.

Federal Chairman Michael Kellner prefers to speak of an ‘alliance party’, similar to party leaders Baerbock and Habeck, that should be open for all those who are sympathetic on the issues that are of concern to the Greens.

“Those who want to work on our issues are welcome: from students that demonstrate for climate protection on a Friday to companies that produce in a socio-ecological manner,” said Kellner.

However, this is only one part of the Greens’ expansion plans. The previous ‘anti-party’ party  is seeking dialogue with its opponents, including the bosses of automobile companies and chemical companies. The idea behind is this: If you want to grow as a party, you will not go far if you stick to old quarrels.

Giving up their beliefs for power?

Such a question would secretly be countered with another question by many Greens: Why abide by one’s principles when one does not have the power to enforce ones’ objectives?

As a 20%-party, they are well aware that they also need partners, whether these are on the same political wavelength or not.

No coalitions are taboo

No coalitions are taboo for the Greens, apart from governing with the far-right Alternative for Germany (AfD). At state level, the Greens currently work in different constellations: Green-black in Baden-Württemberg, through the traffic light in Rhineland-Pfalz and red-red-green in Thüringen.

Debate for a new policy program should now focus on the theoretical basis and the delivery of their own justification for more openness, including at country level. Inner-party discussions alone could foster a potential black-green alliance. A coalition with the CDU of Annegret Kramp-Karrenbauer and the Christian Social Union (CSU) of Markus Soder, could even become reality following the 2020 elections. That is why the Greens want to be prepared, even though the leadership does not count on the SPD leaving the coalition to make way for new elections.

A draft should be ready by autumn 2020, in time for the Green Party’s 40th anniversary. At the end of the week, Baerbock and Habeck will present a progress report to the party that will deal with the common value structure of the Greens.

In the 2002 programme, the Greens listed the following basic values: ecology, self-determination, justice, living democracy, freedom of violence and human rights. These continue to be of importance today, say the Greens. How will these values be given new meaning?  The Greens are eager to answer with a new approach. 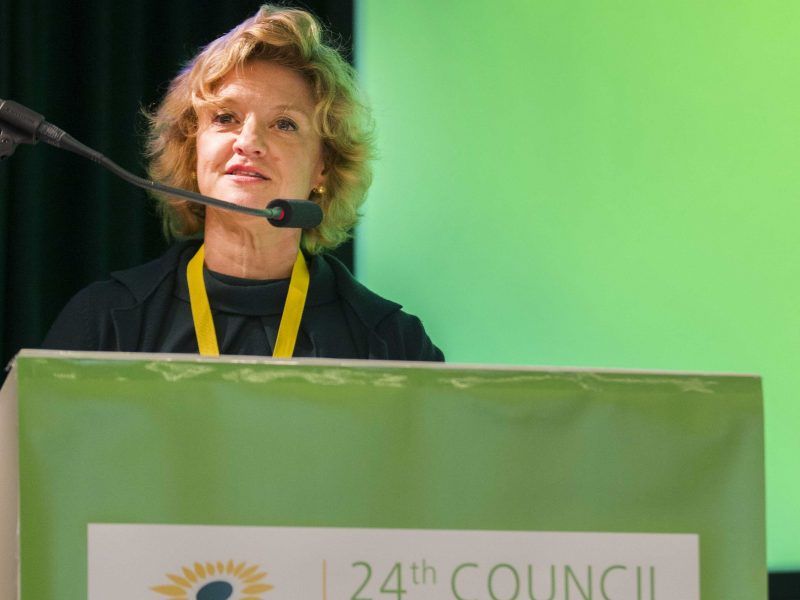