The aim of Fratelli d’Italia is to convince the centre-right European People’s Party (EPP) to ditch its ‘grand coalition’ with pro-EU socialists and liberals in the European Parliament and form a new right-wing alliance after the May EU elections.

Fratelli d’Italia (FDI, Brothers of Italy) made its official debut as a new party in the European conservative family on Friday (22 February) at ACRE’s congress in Rome, suggesting it will join the European Conservative and Reformist (ECR) parliamentary group in the Parliament’s next legislature.

According to the first projections of seats made by the European Parliament, the FDI is expected to win 4 seats, while the ECR is expected to slip from 75 to 51 seats because Brexit will take the UK Tories out of the parliamentary group.

ACRE’s President and ECR’s spitzenkandidat Jan Zahradil welcomed FDI into the conservative family, saying that it is an ideal partner and that its likely electoral success will give the ECR the strength to change the Union and give greater power to the member states.

'Italy will play a crucial role in the next European elections as well as in the #FutureOfEurope and I am happy to welcome @GiorgiaMeloni and her party @FratellidItaIia into our ACRE family today. " @ZahradilJan #LaConvenzioneBlu pic.twitter.com/Zr9ZGnN3CD

The Polish MEP Ryszard Legutko, co-chairman of the parliamentary group, said that FDI is moving positively towards the future, stressing the need for a return to common sense in Brussels and for a European Union that does less, but better.

FDI’s political leader Giorgia Meloni said in an interview with ACRE’s newspaper The Conservative: “We will work with all the conservative groups to bridge the divide between the EPP centre-right parties and the populists, thereby relegating the left and Macron to the sidelines of European politics.”

During Friday’s event in Rome, Meloni repeated the point, saying that conservatives could help out to overcome the “nefarious pact” between Christian Democrats and socialists thanks to a broad right-wing alliance covering the Europe People’s Party and populists.

“ECR is a growing group and together with Giorgia Meloni we are working to create a solid and credible alternative to the majority that has held up the European institutions in an absolutely negative way in recent years,” said ECR MEP Raffaele Fitto, Vice-chair of the conservatives and mastermind of the FDI’s membership.

Meloni also added that, in the event of a rift between EPP and Hungary’s Viktor Orbán, “we would embrace him full arms, ECR is Fidesz’ ideal home.”

In past declarations, Meloni said she considered Orbán as a model for Italy’s right-wing, saying he “serves the interests of its people, defends the Christian identity of Europe saying no to the process of forced Islamisation, and is not afraid to fight against financial speculation.” 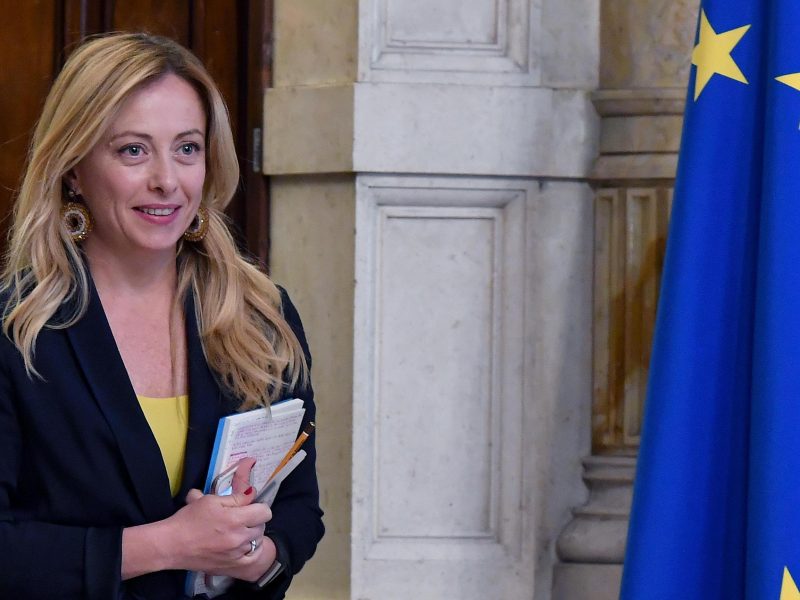 An Italian far-right party is aiming to change the national constitution as a means to reduce the influence of EU law over national legislation. Emanuele Bonini has the story for EUelectionsItaly.blog.

The FDI, created in 2012 following a split in Silvio Berlusconi’s People of Freedom (PdL) coalition, is currently sitting in the opposition ranks of the Italian parliament. However, it fought the March election in the centre-right coalition as a junior partner, together with Italian deputy Prime Minister Matteo Salvini’s Lega and Berlusconi’s Forza Italia.

Despite those tensions, Italy’s centre-right coalition is united both at the regional and local level. This was visible in Abruzzo, with the recent election of the FDI’s governor Marco Marsilio, backed by both Lega and Forza Italia.

Meloni recalled that FDI decided not to join the “unnatural coalition” between Lega and the anti-establishment party Five Star Movement, hoping that Salvini will get rid of them soon.

As reported by Italian daily, Corriere della Sera, FDI’s membership could be a strategic move in case Lega decides to join the ECR. Indeed, the FDI could theoretically block Lega’s request for membership because unanimity of ACRE members is needed to welcome a new member.

Meanwhile, the ECR is keeping its door open to Lega. Initial contact was made by Salvini himself, who flew to Warsaw in January to meet Poland’s nationalist leader Jarosław Kaczyński, the current leader of the ruling Law and Justice (PiS) party.

The aim was to test the waters for a possible Eurosceptic alliance after the EU elections.

However, there was no follow-up in the weeks after the Warsaw talks and Lega’s decision to join the ECR seems to be dead in the water or at least postponed until after the elections. 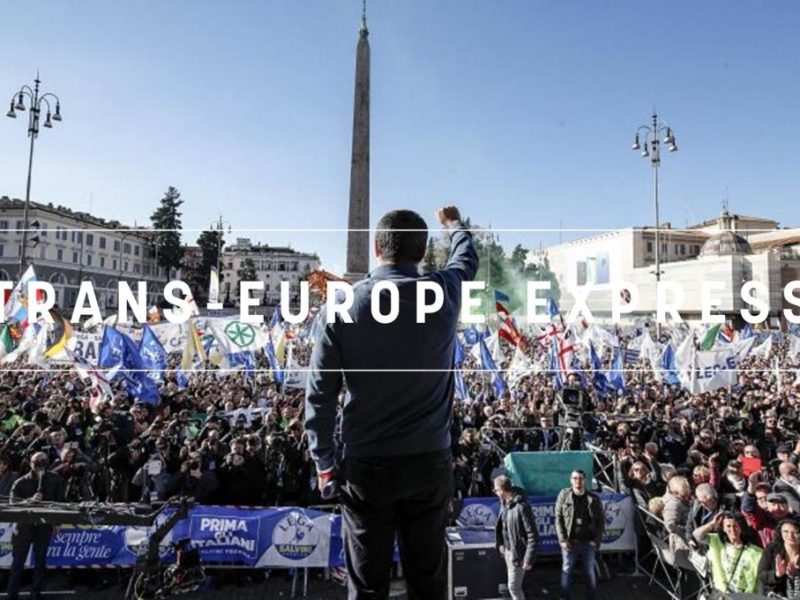 First official projections of seats in the new European Parliament have shown two right-wing ruling parties, Italy’s Lega and Poland’s PiS, as the second and third-biggest single party in the next Parliament, but the highly anticipated ‘Italo-Polish axis’ doesn’t seem to pan out.