The outgoing president of the European Commission, Jean-Claude Juncker, appeared before the press for one last time on Friday (29 November) and said he regretted that the Spitzenkandidaten system that landed him the top job in 2014 was not upheld this time.

“Not repeating that in 2019 was a mistake,” Juncker said, answering a question from EURACTIV. He said that the lead candidate system “was a small step towards democracy”.

Juncker was elected through the lead candidate process, under which the European Council has to respect the result of the EU elections when proposing a candidate – one of the Spitzenkandidaten of the European political parties – to chair the European Commission.

The Luxembourger was backed by the EU heads of state after the European People’s Party, the family he belongs to, won the European elections back in 2014, and in spite of opposition from Hungary and the UK.

Ursula Von der Leyen, who will succeed him as the head of the college of Commissioners from Sunday (1 December), did not run for the May vote. She was chosen by the EU leaders during a three-day summit in July, after they failed to agree on one of the Spitzenkandidaten.

Her election was strongly criticised by the European Parliament, which accused the EU leaders of going for a ‘‘backroom horse-trade” behind closed doors.

After securing a narrow majority in favour of her candidacy in July, von der Leyen Commission was finally confirmed with broad support in the European Parliament on Wednesday (27 November).

Before taking over the EU executive, Juncker had been the prime minister of Luxembourg for 18 years and chaired the Eurogroup for almost a decade.

At his last press conference as Commission chief, Juncker did not go through his achievements and failures, as he had done so several times in the past few months – after his last summit in October and then again before the European Parliament.

He acknowledged having regrets about avoiding the press as the LuxLeak scandal erupted and being silent during the referendum campaign in the UK that led to Brexit.

He also considered the lack of progress in the reunification of Cyprus or in the completion of the Economic and Monetary Union as failures. The mismanagement of the migration crisis is another black spot in his record.

On the bright side, the outgoing president praised the work his Commission has done in creating jobs, developing social Europe, strengthening the EU’s growth in the aftermath of the 2008 financial crisis and, in this context, keeping Greece from leaving the eurozone.

Asked about the deterioration of the rule of law during his mandate, Juncker admitted he was very worried. “In more than one country, the rule of law is not respected strongly enough,” he said. His Commission has opened cases with Poland, Hungary and Romania over breaches of basic democratic standards.

Juncker recalled his predecessor chairing the Eurogroup, Frenchman Jean-Claude Trichet, who would say he was “highly concerned” whenever he wanted to get the attention of the ministers.” Then, things would start to get serious.

“I am saying the same concerning the rule of law: I am highly concerned,” Juncker said.

However, he avoided commenting on Malta, where investigations on the murder of investigative journalist Daphne Caruana are pointing at the ruling government. “I do not have the details nor the elements to formulate a response,” Commission president said. 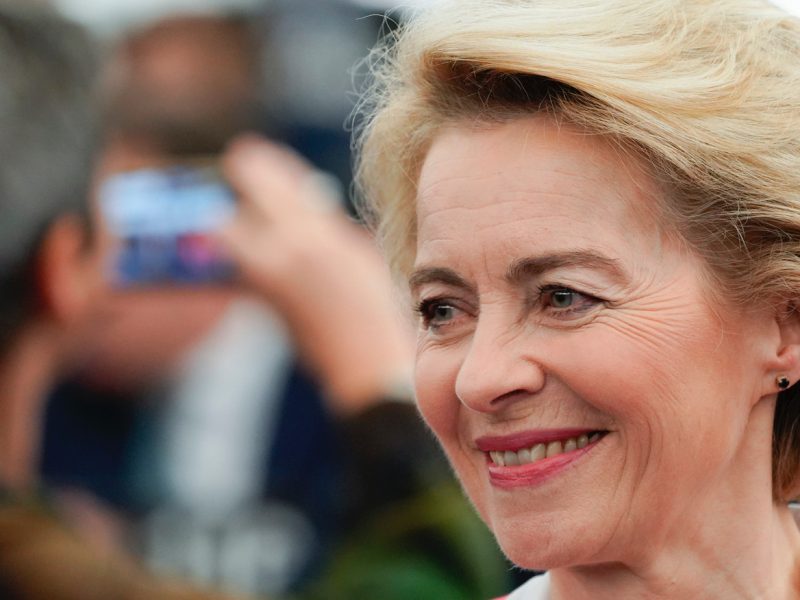 The first woman ever …

No advice for von der Leyen

On Sunday (1 December), the new leadership of the EU will celebrate the 10th anniversary of the Treaty of Lisbon in the house of the European History in Brussels.

It will be the first official act chaired by the new presidents of the European Council and the Commission, Charles Michel and Ursula Von der Leyen, who officially take over that very day.

Asked if he would leave a letter with advice for von der Leyen as she takes office – as US presidents often do – Juncker said he did not find one in 2014 and will not leave any.

“I wouldn’t presume to advise Mrs von der Leyen on how she should spend her nights in the Berlaymont,” the EU executive chairman said. He did, however, had one message for her: take care of Europe.

In the last expression of his cheeky and less than conventional character, Juncker abruptly put an end to the final press conference. “I am hungry!”, he said.

The Luxembourger now retires after several decades of high-level EU politics. Back in October, after his last European Council, emotion broke Juncker’s voice as he barely managed to utter:

“I will remain proud until the end of my life for having served Europe.”