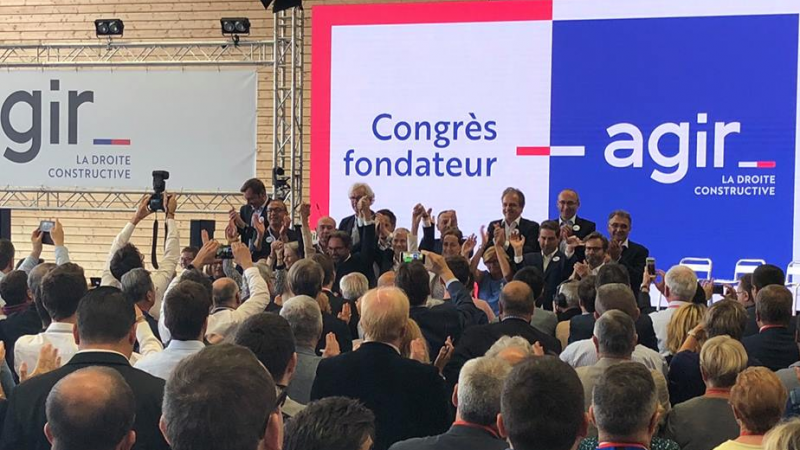 The founding conference of “Agir” in Montévrain.

The political agenda of the new movement, chaired by Franck Riester, MP for Seine-et-Marne, is clear: to take action against the shift towards identity-based politics by the French right-wing.

In view of the hardening political line of the historical party of the French right (Les Républicains) led by Laurent Wauquiez, the pro-European response has been organised under the banner of this new party, which was officially launched on 16 September in Montévrain (77), a municipality near Marne-La-Vallée on the outskirts of Paris.

“We are committed against the populists who are prepared to sacrifice the European Union to come to power,” warned the senator of Bas-Rhin, Fabienne Keller, who denounced “a right-wing which has forgotten its core values and is becoming porous to the extremes”.

In the line of fire is LR’s increasingly Eurosceptic approach, which has scared away several MEPs, such as Alain Lamassoure and Élisabeth Morin-Chartier.

“With the creation of Agir, Europe is no longer an orphan within the French right-wing,” Fabienne Keller claimed.

This break away had been brewing for several months. The launch of the parliamentary group Les Constructifs (“The Constructives”), bringing together some LR MPs and UDI members at the National Assembly, laid the foundation for the divorce. Initially, Les Constructifs were supposed to remain under the auspices of LR, but their increasing frustration over European policy pushed the founders Franck Riester, Fabienne Keller and Claude Malhuret, as well as former minister Frédéric Lefebvre to launch an independent party.

The founding congress of Agir was held a few days after the vote by the European Parliament to punish the Hungarian prime minister, Viktor Orban. Having been accused of drifting towards authoritarianism, Orban lost the support of a large part of the European People’s Party (EPP) MEPs, to which his Fidesz party belongs. He also lost support from Les Républicains.

The vote against the Hungarian leader damaged the unity of the European centre-right family, within which political groups, which are pro-European to a greater or lesser extent, coexist. Moreover, the French have not been immune to these differences.

“Two-thirds of EPP MEPs voted to trigger article 7 against Hungary,” reiterated MEP Lamassoure. “The representatives of Les Républicains were divided between abstentions, voting for and voting against, and all because the leader of LR refuses to ostracise Orban!” said the MEP.

“I accuse the leader Laurent Wauquiez and some LR MEPs of inconsistency. There are clearly two right-wings, one which sees Europe as a threat and our one,” Riester stated.

While Agir was also able to count on the endorsement of two heavyweights in Les Républicains- the former prime ministers Jean-Pierre Raffarin and Alain Juppé- the electoral prospects of the party are unclear given how competitive the political space of the pro-European centre is.

“Our traditional political space is extremely limited. And in recent polls, none of them gives us a level where we could have people elected and not even a level where we would be reimbursed,” warned former minister and senator Malhuret.

The decision to go into the battle of the European elections alone has therefore been postponed. “Our priority is to grow,” Malhuret indicated. A membership campaign will be launched soon.

“If I wanted to join a party, I would be quite sensitive to your forthcoming membership campaign,” former prime minister Juppé joked. Despite not becoming an official member of Agir, Juppé nevertheless asserted that he would make his voice heard in the European debate.

For Riester, LR has fundamentally betrayed its political mission “by forgetting that the fight against the extremes forms the basis of its political battle.”

“Macron has succeeded in bringing together the pro-Europeans on both the left and the right. But, today, it’s a catch-all party where we don’t want to let our DNA dissolve,” warned Riester. There is a space between LREM and Les Républicains!” he said.

“When the time comes, we will choose whether we will submit independent lists or do so in alliance with pro-European partners,” he concluded.

The choice to submit independent lists will be made in the next few months, depending in particular on the success of the party’s membership campaign.

Another subject to be decided is which European party Agir could join, the European People’s Party (EPP) or the liberals of ALDE being the most likely options.

While the former is also the political family of Les Républicains and Viktor Orban, the latter currently hosts the members of MoDem, allies of Macron, and its chair, Belgian MEP Guy Verhofstadt, has been offering an insistent hand to the French president for several months. This is a sign that, at both the European and the French level, the political space for a pro-European right-wing is still to take shape. 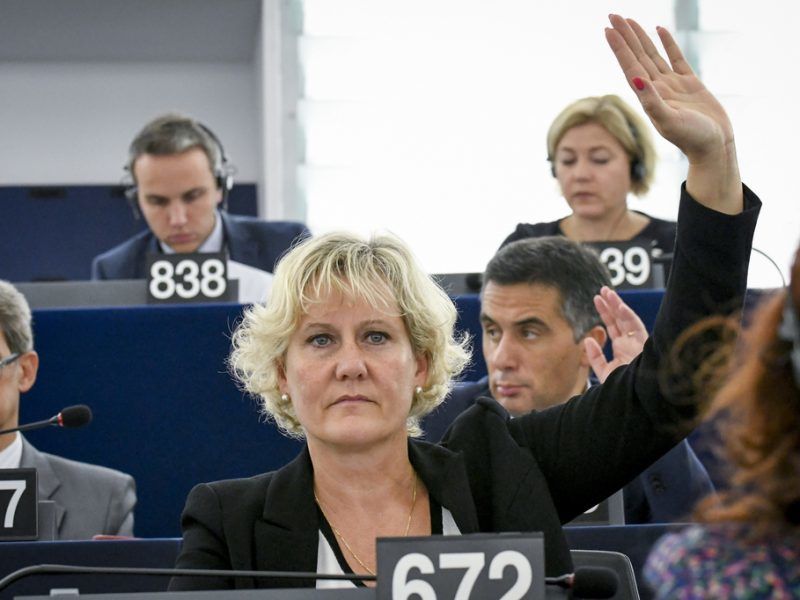 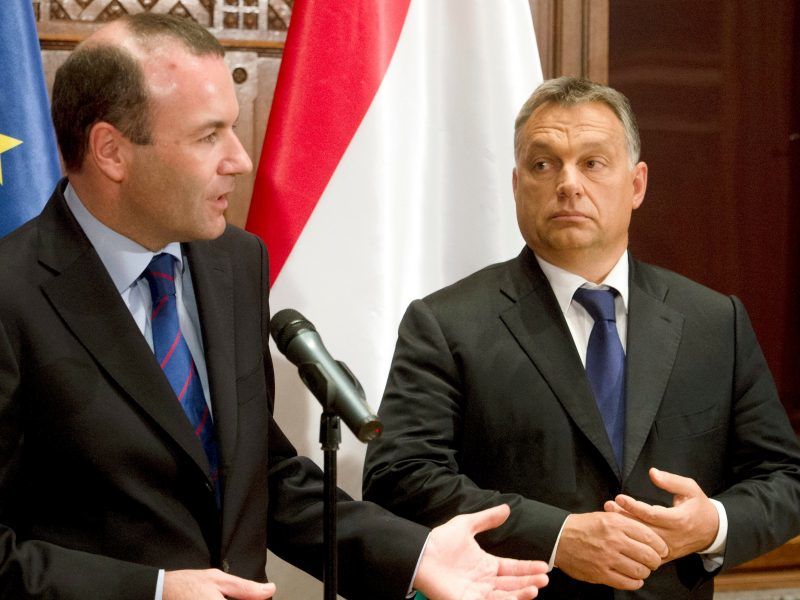 The European Parliament's vote to censure Hungary presents the assembly's dominant centre-right bloc with a dilemma over whether to retain its populist Hungarian allies or expel them months before elections.