After months of back and forth, the Brexit agreement was finally adopted by UK parliamentarians on 9 January, which means the UK will effectively leave the EU on 31 January.

This means that the 73 British MEPs elected in the May 2019 elections will leave the European Parliament after having served a seven-month term. At the same time, the 27 so-called ‘frozen’ MEPs, who have been on the waiting list since May, will be able to start their electoral mandate.

France will see its quota of elected MEPs increase by five seats, as will Spain. Poland, Romania, Sweden, Austria, Denmark, Slovakia, Finland, Hungary and Estonia will also get an additional MEP. The quotas of other countries, whose populations have not grown, such as Germany, will remain unchanged.

On the French side, this new wave of MEPs will mainly benefit President Emmanuel Macron’s party, La République en Marche (LREM), which will have two mores MEPs join the hemicycle: Ilana Cicurel and Sandro Gozi.

Its delegation will thus increase from 21 to 23 members and be on an equal footing with Marine Le Pen’s Rassemblement National (RN), which will get one additional MEP (Jean-Lin Lacapelle).

The arrival of the new MEPs is expected to alter the balance of the major political groups in the European Parliament.

The new MEPs are expected to take over the chairmanships of the Fisheries and Legal Affairs committees, which are currently headed by British MEPs from the Renew group.

These two chairs will have to be taken over by other members of the delegation. In this game of redistribution, the “frozen” MEPs are as much in the game as the MEPs who took their seats after the elections.

“It is not impossible for newcomers to get such posts,” said one source in the Parliament. Discussions are ongoing within the parliamentary group. And Sandro Gozi, who will join the delegation, for instance, already has a solid background in European politics.

After the scandal with the European Parliament’s rejection of Sylvie Goulard as the French Commissioner, it is now the turn of Sandro Gozi, the EU adviser to France’s prime minister, to be in the spotlight. The Italian had allegedly collaborated with the Maltese government while working for France. EURACTIV France reports.

A former Italian State Secretary for European Affairs, Gozi joined Edouard Philippe’s cabinet as EU affairs officer last summer. He resigned from this post after a controversy over his collaboration with the Maltese government.

“But Sandro Gozi’s contract with the Maltese government was well and truly finished on the day of his election and well before the start of his contract in Matignon in August,” the French delegation said.

The two LREM French MEPs have already been integrated into the work of the delegation since their election. “They have been in the loop since the beginning of the parliamentary work. They are not going to arrive in a delegation they don’t know,” they assured us from within the French Renew delegation. 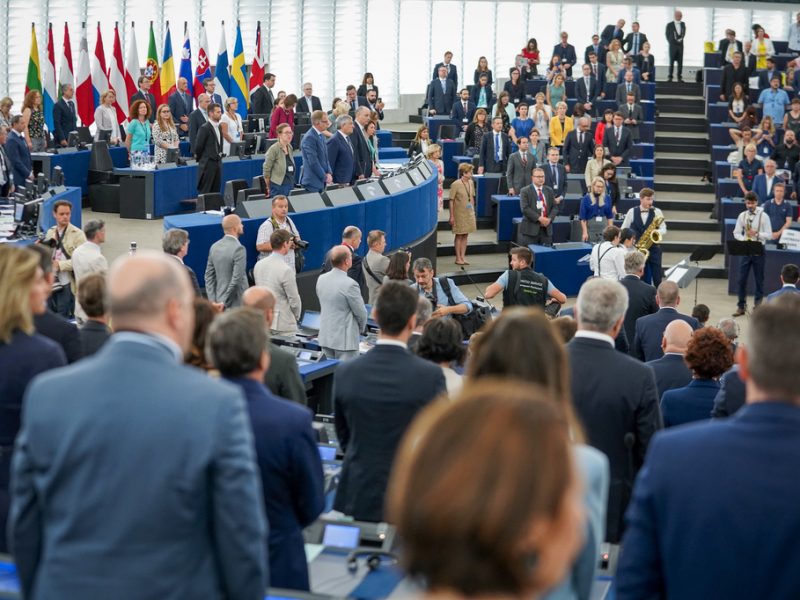