French President Emmanuel Macron speaks to the press at the end of a European Council Summit in Brussels, Belgium, 21 June 2019. [EPA-EFE/STEPHANIE LECOCQ]

“The three Spitzenkandidaten, the three names were tested by (European Council Chairman) Donald Tusk and he considered that they had found no majority on either of these three names,” he told reporters after an EU summit.

Macron had campaigned to block German Chancellor Angela Merkel’s candidate, Manfred Weber, a deputy head of her centre-right sister party, CSU, who had been picked by the conservatives as their candidate for the Commission.

“It appeared clearly this morning that there was no majority for Mr. Weber,” Macron said.

“This step was necessary considering the level of tension we had reached because of this obsession over a party organisation that did not fit with Europe’s democratic reality,” he added.

Merkel could be “a very good president of the Commission”

Asked whether there was tension between France and Germany over the nomination process, Macron said:

“I have nothing against a German candidacy, I said it and it wasn’t a joke, had the chancellor been a candidate, I would have supported her, because I think she has the qualities, the skills to be a very good president of the Commission.”

“It is not what she wants, I respect that very deeply,” Macron added.

The French President also made clear that he doesn’t follow party lines when it comes to choosing the next Commission chief. “I don’t veto candidates because they belong to a political party,” said Macron, who underlined that his reservations towards certain candidates were based on the lack of required competences for the job. 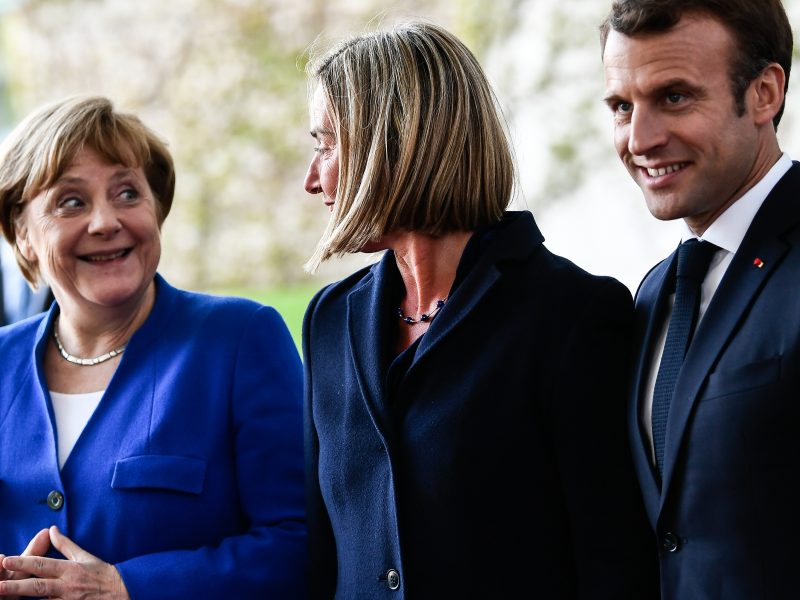 French President Emmanuel Macron said on Tuesday (11 June) that he would support German Chancellor Angela Merkel if she were to seek to succeed Jean-Claude Juncker as president of the European Commission.

Merkel: “We definitely don’t want to see a crisis with parliament”

German Chancellor Angela Merkel, for her part, said EU leaders could provoke a crisis if they did not take into account the views of the European Parliament when choosing the next head of the EU executive.

“We suggest the person, but we definitely don’t want to see a crisis with parliament, to realise that what we suggest is not being accepted. This wouldn’t be good for the work of the Commission in the next five years,” she told reporters after leaders failed to settle on a name during their summit.

Merkel also said an agreement on top jobs should be reached before the new European Parliament meets for a first time on July 2.

Merkel says new Commission President will need to find a broad majority in both the European Parliament and the 28-member European Council. This de facto excludes Manfred Weber who has a majority *against him* in the new Parliament. https://t.co/ReLa9RSP7T via @YouTube

The package needs to take into account the results of the May European elections, while respecting other criteria such as gender balance, geography, and political affiliation.

An additional EU summit has been called on 30 June to find a solution.

The European Parliament will then hold a confirmation vote on the selected candidate for the Commission, scheduled during its second July plenary session on 15-18 July.

EU leaders failed to reach an agreement in the early hours of Friday (21 June) on the EU’s top jobs, as divisions over the process and the distribution of the posts impeded any progress.